Johnson's most difficult task is just beginning – steering the country through the new uncertainties of the pandemic more virulent strains erupt. British Prime Minister Boris Johnson tweeted a picture of himself inside No 10 Downing Street, raising both arms in a thumbs-up gesture. Photo: Boris Johnson/Twitter

This is the weekend that Boris Johnson thought the main task of his prime ministership would be done. Having fulfilled the “Get Brexit done” slogans that won him a general election victory in December 2019, he would bask in the glory of  “Getting back control” when Britain breaks from the European Union on January 1, and coast along triumphantly in Downing Street for the next four years.

Instead, Britain is in virtually total COVID-19 lockdown, and his most difficult task is just beginning – steering the country through the new uncertainties of the pandemic as fresh and more virulent mutants erupt around the world, having first been identified in the UK. 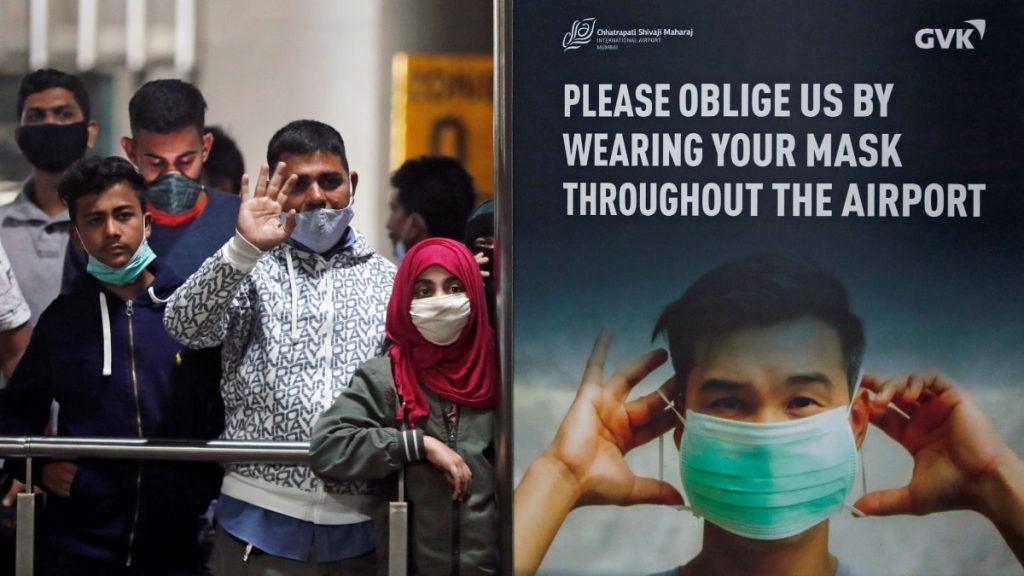 The new coronavirus strain has sent alarm bells ringing across countries. International flights have been stopped by many countries, including India. Photo: Reuters

International flights have been stopped by many countries, including India, and the overall Covid developments must inevitably raise a question mark over whether Johnson’s official visit to India as the chief guest on Republic Day can go ahead.

So far, the prime minister’s management of Britain’s COVID-19 crisis has been disastrous. His inability to grasp and debate detail has become a widely acknowledged embarrassment, and his even more serious inability to take difficult unpopular decisions on time has proved calamitous in terms of both the economy and lives lost, as well as damaging his public image.

His approval rating has slumped from plus 40% in April, when voters supported him at the start of the pandemic, to minus 19%, with 56% saying he is doing badly, according to a reliable YouGov poll.

Also read: ‘The Deal Is Done’: EU and UK Clinch Narrow Brexit Accord

Yet there is no real possibility of replacing him, even though there is a rising tide of backbench Conservative MPs who are critical of the government’s erratically announced lockdowns, as well as many opposed to him personally. Most of the Cabinet have been appointed because they are loyal Brexit supporters, not because of any talent or experience, while seasoned pro-European ex-ministers languish on the backbench.

“It is far from clear… that a government that has mishandled much of its response to coronavirus is capable of steering a traumatised country through the extraordinary period of change ahead,” is the Financial Times post-Brexit verdict.

A week ago, the country was hit by what is termed a perfect storm. Just a few days after Johnson and his scientists had heralded the start of Pfizer-BioNTech vaccinations as the beginning of the end for the pandemic, the new 70% more virulent strain was found to be cascading around London and south-east England.

The year-end European separation that Johnson craved was catapulted forward eleven days as countries banned flights from the UK, the Channel Tunnel was closed, and France and Belgium blocked rail and road links. Massive tailbacks of lorries built up on a scale predicted for Brexit. Britain was isolated.

The near-panic that spread across the world about the new strain was caused by Johnson and his beleaguered health minister, Matt Hancock, over-playing the risks when they were launching a new Tier 4 for England’s lockdowns. Hancock said the new mutant had put the pandemic “out of control” and warned that the unexpected Tier 4 could last “for months”. 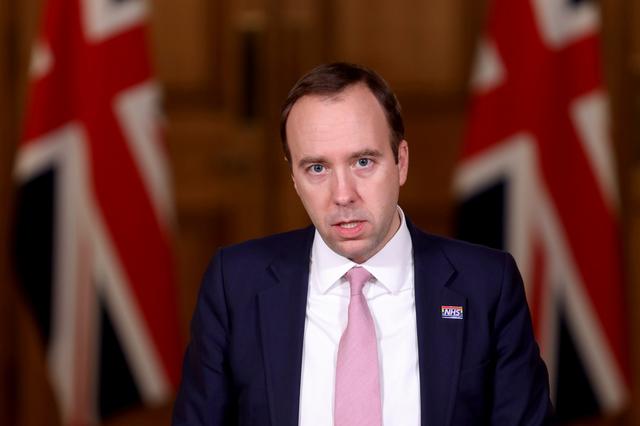 One interpretation of those remarks is that the British are an unruly race – what else would you expect from a country that broke rules as it built its empire – and needed to be scared into accepting restrictions on their freedoms, especially over Christmas. The government therefore delayed announcing Tier 4 till the last minute, and intentionally exaggerated the warnings in order to convince people to abandon carefully planned Christmas celebrations and stay at home.

Alternatively, Johnson was trying again, as he has often has in the past, to avoid increasing the lockdowns so ministers and officials decided to bounce him into it with the dire warnings. The odd thing though is that the government knew about the new strain back in September but seems to have done nothing about it.

The COVI-19 crisis has also revealed Johnson’s lack of concern for conventions and institutions, a trait that he shares with Donald Trump and Narendra Modi. Earlier, he rejected a recommendation from his official adviser to sack Priti Patel, the abrasive home minister, for bullying her staff. Recently, he ignored official advice not to make a £5 million donor to the Conservative Party and Brexit campaign a peer, despite allegations about the donor’s crony behaviour. There were also official complaints that he was appointing too many new peers when public policy is directed at reducing the size of the House of Lords.

On the pandemic, there are a string of stories about people and firms connected with government ministers receiving substantial equipment contracts, breaking tender procedures when there was a desperate shortage of supplies earlier this year. The National Audit Office has reported that suppliers who were put on a “VIP list” after being recommended by MPs or senior officials were ten times more likely to receive contracts than other bidders.

A company run by the Conservative Party’s former director of communications received £819,000 for work on focus groups and polling. The manager of a pub near Hancock’s constituency home offered his services to the minister via WhatsApp and supplied the government with tens of millions of vials, despite having no prior experience of producing medical supplies. The government is now preparing fast procedures for emergencies.

Johnson’s shortcomings and failure to understand detail were displayed again when he announced the terms of the Brexit trading deal on Christmas Eve. He said the deal did not saddle Britain with any “non-tariff barriers” for trade which, as the BBC put it, was “manifestly wrong”. Government websites have lists of “tens of millions of new customs declarations, export health checks, regulatory checks, rules of origin checks, conformity assessments,” exclaimed the BBC.

The UK and EU’s have a trading relationship totalling some £660 billion ($880 billion) and the new Brexit trade deal runs to 1,246 pages.

There is little time available for members of the British parliament to absorb the contents by the time they vote on December 30, when the deal seems certain to pass with the Labour (opposition) Party is officially supporting it.

The agreement provides for zero tariffs and quotas on all goods, including agriculture and fish, but excludes services. What Johnson is ignoring, as he claims a victory in the negotiations, is that the EU gave way on few key points, and that it will now be tougher and more costly to do business in both directions between the UK and Europe. “Britain will begin its ‘independence’ facing unsatisfactory frictions in the roughly half of its trade that is with the EU, especially in services,” says the FT.

In the days to come, Johnson will be pursued over details that he will not be mentally equipped to handle. It is, nevertheless, a victory for him – firstly because he has achieved his stated wish to take Britain out of the EU, and secondly because Brexit has enabled him to build a roller-coaster of a political career that ended up in Downing Street.

He claims to dream of this being a new dawn for a new UK, but Britain will be far less important internationally. There is a risk that (pro-EU) Scotland’s demands for independence will grow, and that the Brexit rules on Northern Ireland’s trade will lead the province to drift southwards to the Republic of Ireland, which is in the EU.

Meanwhile, with India, Johnson has a more immediate problem – how to answer demands from Britain’s Indian diaspora, especially the Sikhs, to support the farmers’ weeks of mass protests outside Delhi. When a Sikh MP asked him in parliament recently whether he would support the farmers, he gave the government’s traditional non-involvement reply for India-Pakistan relations. Whether that was a slip, or a neat way of avoiding the question, remains a mystery.

He will not however be able to avoid the issue if he goes ahead with the Republic Day visit, when he will relish being seated with President Ram Nath Kovind and Narendra Modi on the platform watching the mass parade. He must be thinking that it would be a pity to have to use the COVID-19 pandemic as an excuse to miss such pomp, even if that would let him slip away from upsetting Indian voters in Britain by not fully backing the farmers’ cause.

As Dominic Raab, Britain’s foreign secretary (minister), said on a recent visit to Delhi, the Indian diaspora meant that “your politics” is, in some sense, “our politics”.