In the Divided and Polarised United States, Kavanaugh Trumped #MeToo

The Republican Party devised a process to ensure that all the facts would not be fully established, especially those that might play against them and help the victim. They limited the FBI probe, they forced false deadlines and they built a loud narrative of Kavanaugh’s innocence. 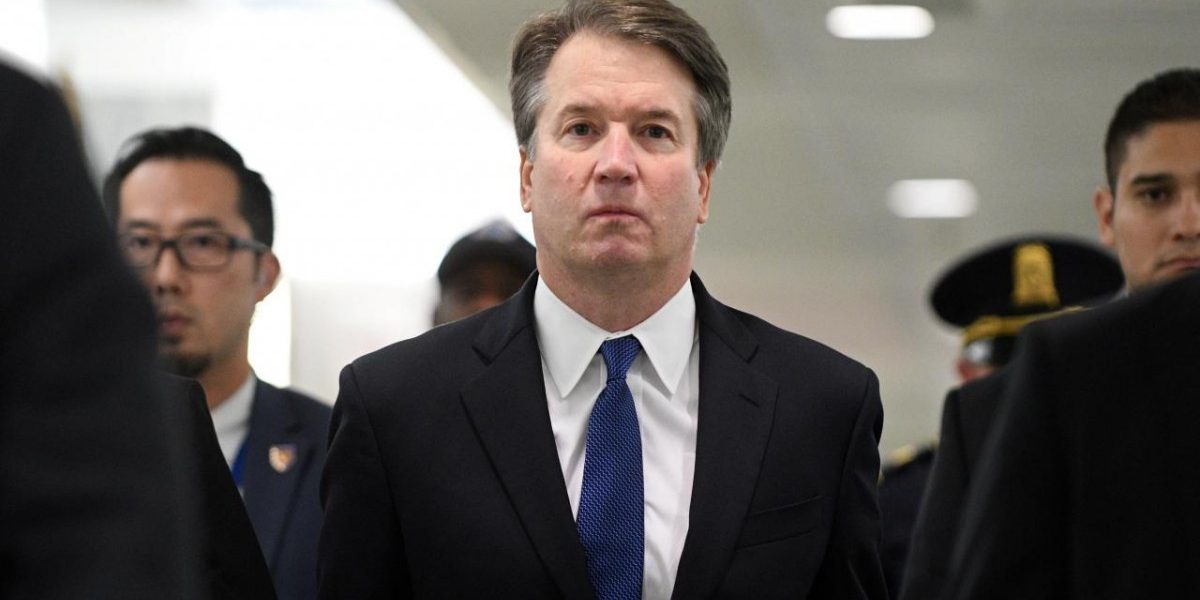 Washington: In the end, women didn’t matter. They screamed from the Senate gallery, they banged on the doors of the Supreme Court, they accosted senators in elevators and they flooded their mailboxes.

In the end, #MeToo didn’t matter. Nothing really mattered except for the “facts” chosen and defined by a few old men.

Sexual assault survivors gathered in the US capital from all corners of the country to plead with Republicans but it didn’t matter. They were shouting into the void.

Brett Kavanaugh, accused of sexual assault by Christine Blasey Ford and at least two others, was sworn in as the ninth justice of the US Supreme Court on Saturday despite widespread protests and anger across the US.

The Republican-controlled Senate voted 50-48 in one of the closest votes ever for a Supreme Court justice. All 47 Democrats, except one, voted against and all Republicans, save one, voted for Kavanaugh.

What Ford got for her brave testimony and years of living with the trauma was mockery by President Donald Trump. He ridiculed her at a rally in Mississippi to guffaws and laughter from the crowd.

It wasn’t the nervous laughter of folks embarrassed by the gratuitous cruelty of a man himself accused by at least 15 women of sexual harassment and misconduct. It was the laughter of people in on the joke.

Ford had also remembered laughter in her searing testimony – Kavanaugh’s and his friend Mark Judge’s laughter after they had locked her in bedroom in 1982.

When asked by Democratic senator Patrick Leahy what her strongest memory of the incident was, she replied: “Indelible in the hippocampus is the laughter. The uproarious laughter between the two and their having fun at my expense.”

It didn’t matter that more than 2,400 law professors signed a letter against Kavanaugh, saying he lacked “impartiality and judicial temperament requisite to sit on the highest court of our land.”

It didn’t matter that a retired Supreme Court justice, John Paul Stevens, a lifelong Republican, added his voice to the chorus of “Kava-No” after watching Kavanaugh berate, insult and mock Democrats on the Senate Judiciary Committee and claiming the allegations were a conspiracy by the Clintons.

It didn’t matter that so many women came forward with their own painful stories to support Ford, prompting the Twitter hashtag #WhyIDidn’tReport.

James Roche, Kavanaugh’s freshman year roommate at Yale came forward after the gut-wrenching Ford-Kavanaugh hearings to say the judge had lied under oath about the extent of his drinking. But Roche wasn’t interviewed by the FBI.

Two other women – Deborah Ramirez and Julie Swetnick – who bore witness to Kavanaugh’s alleged sexual misconduct were also not interviewed by the FBI.

Because establishing truth wasn’t the objective, ploughing “right through” the process was the goal, as Mitch McConnell, the Senate majority leader, had declared way before.

Max Boot, a disillusioned anti-Trump conservative and a Washington Post columnist, said on Twitter: “I can see why there are so many angry women in America today. One-third of the men on the Supreme Court will have gotten there despite accusations of sexual assault or harassment.”

I can see why there are so many angry women in America today. One-third of the men on the Supreme Court will have gotten there despite accusations of sexual assault or harassment.

Boot was referring to the 1991 nomination and confirmation of Clarence Thomas, an African American judge who was accused of sexual harrasment by Anita Hill. It was when the subject of sexual harassment was taboo.

The 14-member, all-male Senate Judiciary Committee interrogated Hill, asked her outrageous questions and one senator even accused her of stealing a line from The Exorcist.

The spectacle of 14 white men questioning and dismissing a black woman was shocking as it was awful. I remember watching the hearing and Hill’s drawn face. She is now a professor at Brandeis University.

Just like Ford, Hill took a polygraph test and passed. But the results were deemed inadmissable. Just like Thomas, Kavanaugh was not asked to take the test.

Four other women waited in the wings to give testimony in Hill’s favour but the Senate did not call them just like the Senate didn’t ask the FBI to interview Kavanaugh’s classmates who could shed light on his behaviour.

Hill was vilified as delusional and asked why she waited ten years to make her charges. A book Strange Justice: The Selling of Clarence Thomas by two Wall Street Journal reporters concluded that there was “a preponderance of evidence to suggest” that Thomas had lied under oath during his confirmation process. Just like as many people surmise that Kavanaugh did.

And since Thomas’s confirmation, a new victim Moira Smith came forward after Trump was elected. Smith claims that Thomas groped her twice at a dinner in 1999 – six years after he came on the highest court. She was 24-years-old at the time.

So many leads, so little time for investigation.

The progress from Anita Hill to Christine Blasey Ford: Democrats have four women senators on the judiciary committee. The Republicans have none.

Fearing a repeat of the disastrous optics of a “manel” descending upon a victim, the Republicans this time deployed a woman prosecutor to question Ford instead of doing it themselves.

Apart from this superficial concession to the times, Republican attitudes haven’t evolved. Two Republican senators from the Hill hearings – Orrin Hatch and Chuck Grassley – who are still on the committee displayed the same old distrust of a woman they did decades ago.

Hatch, now 84 years old, said last week he would only talk to women protestors when they “grow up” after they demanded he listen to them.

Kavanaugh’s confirmation process proves that in examining allegations of sexual assault in this law-obsessed society, a woman’s testimony is only worth half that of a man.

The churning the #MeToo movement produced, raising hopes – perhaps naively – ground to a complete halt in the face of the “process” and the “facts.”

The Republican Party devised a process to ensure that all the facts would not be fully established, especially those that might play against them and help the victim. They limited the FBI probe, they forced false deadlines and they built a loud narrative of Kavanaugh’s innocence.

Senator after Republican senator demanded facts – why didn’t any of the others present at the 1982 gathering where Ford was allegedly assaulted by Kavanaugh in the presence of his friend Mark Judge corroborate her story? Why can’t she remember how she got home? Why can’t she recall the exact date?

Then they condescendingly offered: Ford had experienced assault but the poor dear is mistaken about the identity of her assailant.

So what does it all mean in these very mean times? Are the wheels coming off the democracy project? Are democracies going backwards, as Francis Fukuyama, the political scientist who cheerfully declared the end of history nearly three decades ago because the liberal order had won, now seems to think?

Fukuyama told National Public Radio on Sunday the “very, very serious degree of polarisation is the single biggest weakness in American society and in the American political system.”

Kavanaugh will make the US Supreme Court a firm 5-4 conservative majority, affecting the lives of generations to come. The polarisation will increase, facts will have two versions as will reality.

Things may get worse before they get better because democracies are busy hollowing themselves all around.