Breakthrough in Bolivia as Bill for New Elections Sails Through Congress

Morales, an iconic socialist leader in Latin America who had been in power for nearly 14 years, has said he was toppled in a coup and has relocated to Mexico, which granted him asylum. 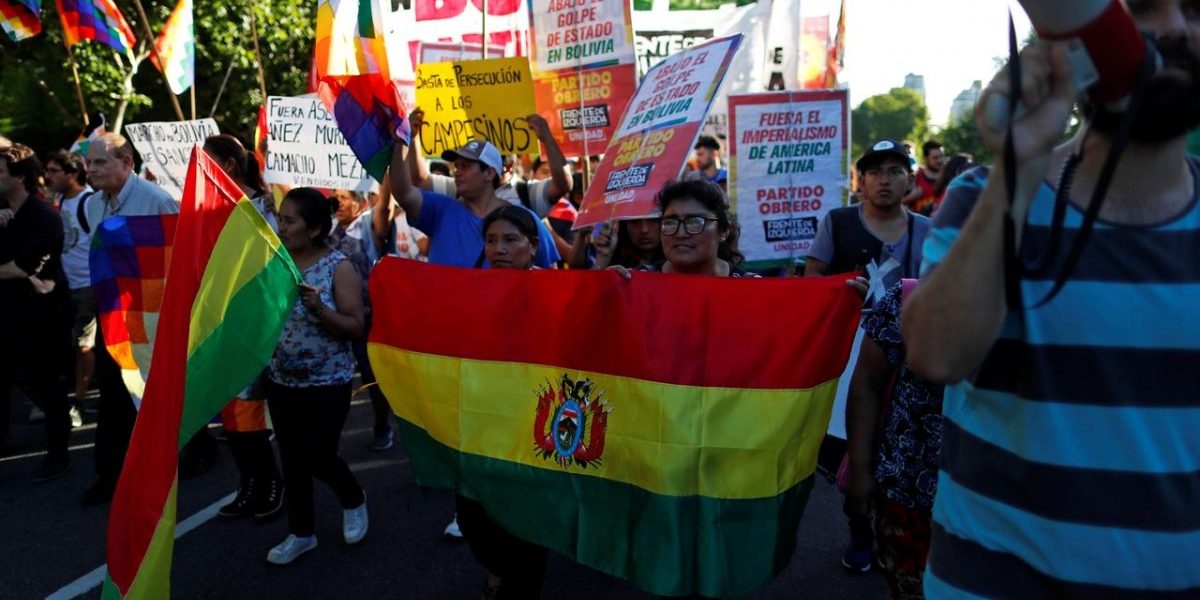 La Paz: Both chambers of Bolivia’s Congress unanimously passed legislation on Saturday to annul the contested Oct. 20 elections and pave the way for a new vote without former President Evo Morales, a major breakthrough in the country’s political crisis.

Passage of the bill came as anti-government demonstrators lifted road blockades so leaders of social groups could hold talks with interim President Jeanine Anez aimed at ending weeks of unrest.

The developments have brought Bolivia the closest it has come yet to overcoming the turmoil as Anez’s government and opponents trade accusations of fueling violence.

More than 30 people have died in clashes between protesters and security forces since the October election was dogged by allegations of vote-rigging and an audit that found serious irregularities in a count that handed Morales a fourth term. Most have died since Morales stepped down on Nov. 10.

Morales, an iconic socialist leader in Latin America who had been in power for nearly 14 years, has said he was toppled in a coup and has relocated to Mexico, which granted him asylum.

But lawmakers in his Movement to Socialism (MAS) party, which controls a majority of seats in Congress, have said they will find a new candidate to run in the next elections.

Lawmakers agreed to appoint a new electoral board that would be tasked with setting a date for general elections. The bill passed also bars candidates from running if they have already served two presidential terms, eliminating Morales from the race, according to a copy of it seen by Reuters.

Anez, a former senator and opponent of Morales who took office in a power vacuum, was scheduled to sign the law on Sunday, her government said.

Also Read: Bolivia Coup: The Backstory to the Illegal Ouster of Evo Morales

But tensions continued in talks she held on Saturday with more than a dozen social leaders, many of whom demanded Anez repeal a law she passed after taking office that gave the military broad discretion in the use of force to restore order. Some also pushed for guarantees they would not be persecuted following a string of probes announced into Morales and his former allies for allegedly fomenting unrest.

Earlier on Saturday, Anez said she would not sign a bill unexpectedly proposed by MAS lawmakers that would give Morales immunity from prosecution. Debate on the bill was suspended in the Senate on Saturday following a wave of criticism.

In the highland city of El Alto on Saturday, road access to a natural gas plant that has been a focal point of protesters resumed, with vans packed with commuters dodging boulders, burned tires and other debris still scattered on streets.

At least eight people were killed in clashes between security forces and protesters at the plant on Tuesday.

Local media reported that road blockades in other regions had also been lifted as part of a pause in anti-government demonstrations. But fresh clashes erupted on Saturday in the region of Cochabamba, a stronghold of support for Morales.