The nearly 1,200-page document alleges that Bolsonaro turned down early opportunities for the government to acquire vaccines, delaying Brazil's inoculation campaign and costing an estimated 95,000 lives. 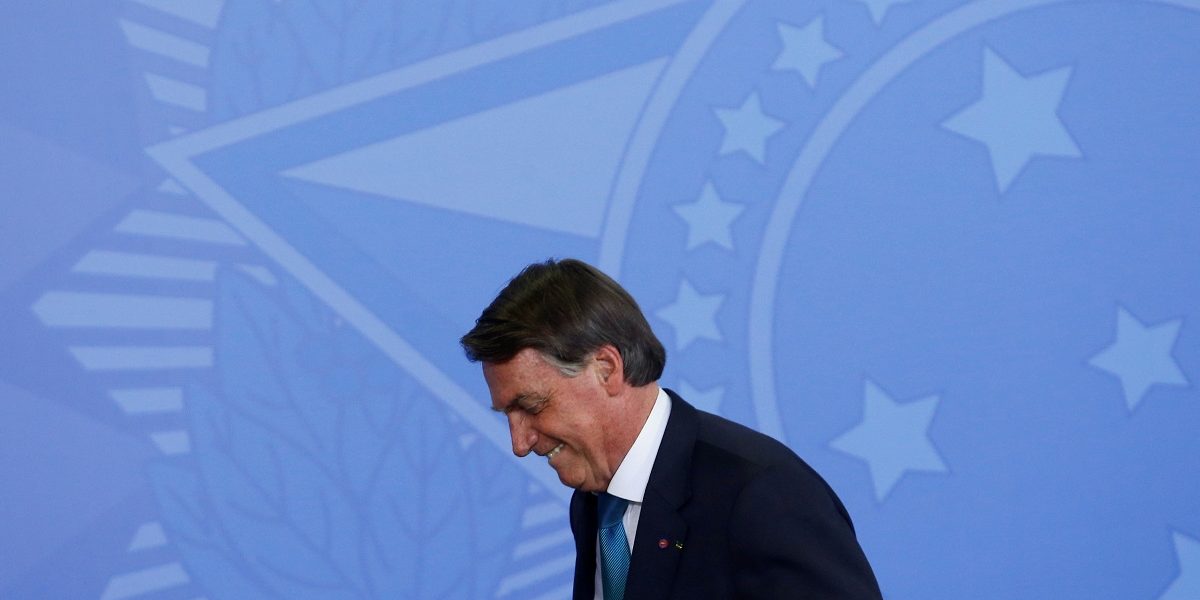 Brasilia: The senator leading a congressional probe into Brazil’s handling of the COVID-19 pandemic has recommended that President Jair Bolsonaro be charged with homicide for alleged government errors that led to the deaths of thousands.

Bolsonaro has dismissed the probe as politically motivated. It is highly unlikely that he will face trial on any such charges, which would have to be brought by Brazil’s prosecutor general whom Bolsonaro appointed.

The nearly 1,200-page document, prepared by opposition Senator Renan Calheiros for a Senate commission that conducted the probe, alleges that Bolsonaro turned down early opportunities for the government to acquire vaccines, delaying Brazil’s inoculation campaign and costing an estimated 95,000 lives.

The report says Bolsonaro was guided “by an unfounded belief in the theory of herd immunity by natural infection and the existence of a treatment.”

“Without the vaccine, deaths would be stratospheric, as they turned out to be,” the report adds.

The draft report still needs to be voted on by the Senate commission and could be vetoed and altered. The vote is scheduled to take place next week. 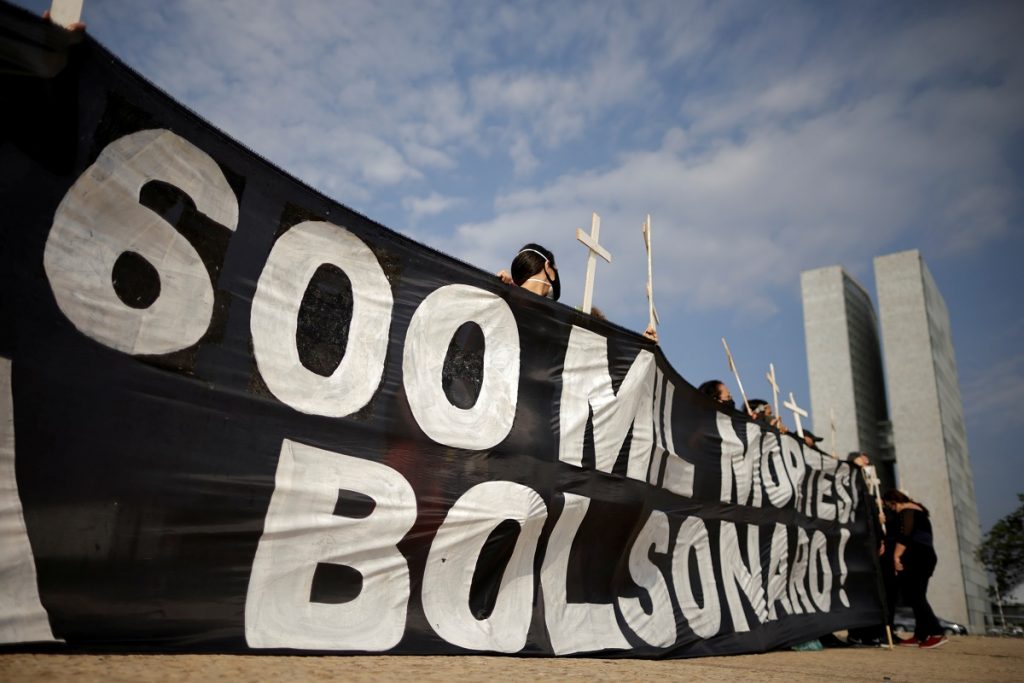 Demonstrators hold a banner and crosses during a protest to pay tribute to Brazil’s 600,000 COVID-19 deaths and against Brazil’s President Jair Bolsonaro’s handling of the COVID-19 pandemic, in Brasilia, Brazil, October 8, 2021. Photo: Reuters/Ueslei Marcelino

The presidency and health ministry did not immediately respond to requests for comment.

Earlier on Tuesday, Bolsonaro told supporters the probe was a “joke” and said he was not concerned about it.

The report also said charges should be filed against three of Bolsonaro’s sons: Senator Flavio, federal deputy Eduardo and city councilman Carlos. The report alleges they spread misinformation that incentivised “non-compliance with sanitary measures to contain the pandemic.”

At over 600,000 people, Brazil has the second-highest death toll worldwide due to COVID-19, behind only the US.

Bolsonaro has been widely criticised by public health experts for railing against lockdowns, frequently refusing to wear a mask in public and declaring he has not been vaccinated.

He has also pushed unproven remedies for the illness such as the antimalaria drug hydroxychloroquine.

The report says Bolsonaro is “principally responsible for the government’s errors committed during the COVID-19 pandemic” and that he acted against the advice of his health ministry in supporting the use of unproven treatments.

In total, the report recommends 13 criminal charges be brought against Bolsonaro including genocide against Brazil’s indigenous population for actions that left their communities vulnerable to the virus.