Brazilian scientists are short of funds to track the spread of a new strain of SARS-CoV-2 that could prove the most virulent. 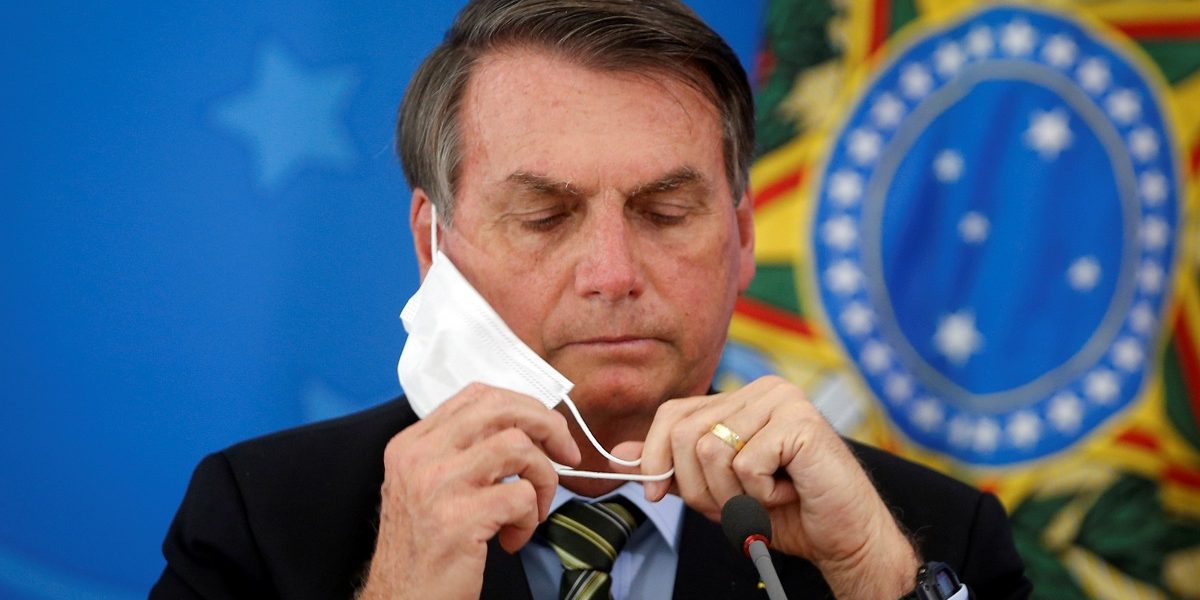 São Paulo: On January 10, 2021, Japanese health authorities informed their Brazilian counterparts that four tourists who had just returned home with symptoms of COVID-19 after a trip to the Amazon were carrying a new variant of SARS-CoV-2. It was not, according to the Japanese, an ordinary mutation: the new strain represented 12 mutations, including one change in the protein that allows the virus to enter human cells.

While that made it similar to the mutations found in the UK and South Africa, it was probably more contagious.

The report from Japan surprised scientists at Brazil’s leading health institutes. Almost a year ago, the scientists had taken just 48 hours to sequence the genome of the virus after Brazil reported its first case, on February 25. But now, as a more contagious mutant was spreading through Manaus, the capital of Amazon state, the scientists were in the dark about the mutations.

They were ultimately helpless because of the Brazilian government’s apathy and lack of resources to tackle the virus.

The new mutation, designated P.1, has been circulating in the Amazon region since November 2020. In Manaus, the number of cases involving this strain increased from 52% in December 2020 to 85% in January 2021. Today, the figure stands at 90%.

The historic city was hit the hardest in the first half of 2020, when its healthcare system imploded as the virus spread so widely that some reports claimed – wrongly – that the area had achieved herd immunity.

The second wave that began in early December left scores of people dead as hospitals ran out of oxygen and city mayors had to allot fresh land for new graves. Now, with P.1. on the rise, a third wave looks imminent.

Brazil had been warned about it. In August, in an article published in the journal Nature, a team of scientists had predicted the second collapse of the healthcare system in Manaus due to COVID-19. Now the same group has warned of a third wave that may not only overwhelm the biggest Brazilian state but engulf the entire country of 210 million people, if authorities don’t “impose a lockdown with at least 90% of the population isolated” and “accelerate the vaccination process” in the rest of the country.

“There is no lockdown in Manaus today, only partial isolation that is already under pressure to reopen the city,” Lucas Ferrante, a coauthor of the Nature article, said in an interview. “A reopening, even if gradual, would lead to maintaining a high rate of cases and deaths throughout the year and till the beginning of 2022.”

The possibility of a more-contagious strain floating around till 2022 is an ominous sign – and not just for the biggest South American country. On Tuesday, the WHO said that P.1 has the “potential” to affect the ability of vaccines to guarantee immunity against the disease and that it has already infected people in 15 countries. 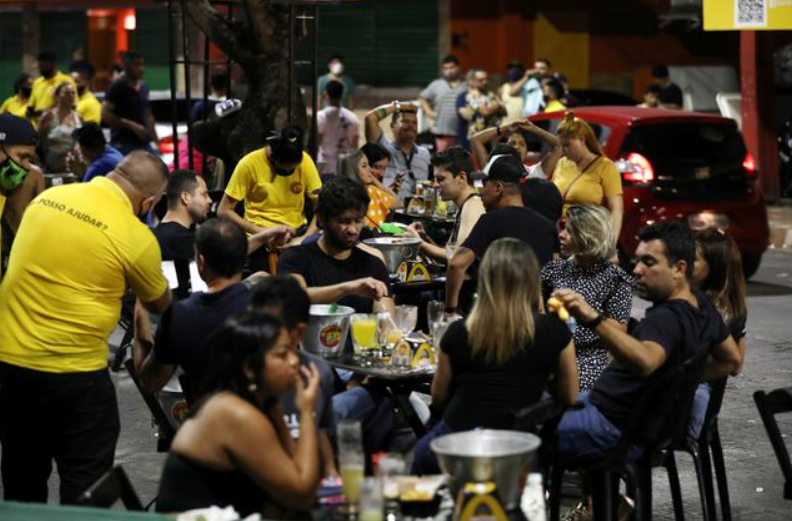 People enjoy at a bar after a Manaus City Hall decree that determined the closure of bars and restaurants was issued, amid the coronavirus outbreak in Manaus, Brazil, September 25, 2020. Reuters/Bruno Kelly/File Photo

In the past couple of months, the viral strains that emerged in the UK and South Africa – B.1.1.7 and B.1.351, respectively – have dominated the headlines. Experts have also expressed doubts about the efficacy of vaccines against these mutants, and P.1 seems set to join them.

Some of Brazil’s top scientists believe that given the nature of P.1, the country must mount a genomic surveillance programme to monitor its “mutations in real time”. This is where Brazil is also failing. The country has a sophisticated research infrastructure, including one of the most powerful supercomputers in the world, and good scientists. But the community lacks resources, especially funds, to undertake such surveillance.

The response of Brazil’s far-right regime, led by President Jair Bolsonaro, to the pandemic is known around the world. But now, as the country faces a second wave led by a new strain, Brazilian scientists are working with their hands tied.

Recently, the country reduced the number of genetic sequencing tests for the virus, a procedure used to keep track of the strains circulating in each region. Between March and May 2020, scientists recorded 1,823 sequences in the country. But between November and January 2021, they sequenced only 585 genomes, according to data from the Genomic Network of the Oswaldo Cruz Foundation (Fiocruz).

The lack of money and support from the federal government has deeply frustrated the scientists, especially those working in Amazon. According to Felipe Naveca, a researcher at Fiocruz Amazonia, the mutant is not being regularly monitored in the region. “To do this, we would have to have a team dedicated only to sequencing, with automation and investments much larger than there is today,” Naveca said.

There are no signs that any help is forthcoming either. Bolsonaro recently vetoed a bill that could have allowed the release of 4.3 billion reais (roughly $800 million) from the National Fund for Scientific and Technological Development for COVID-19 research. The money could have helped scientific institutes improve their studies of the virus’s mutations.

Also read: A Saboteur Within: How Quackery, Lies and Diplomatic Fiasco Broke Brazil

When the healthcare system collapsed in Manaus last year, the country took little notice as most states were struggling to deal with the virus. But the second collapse shook the country as TV screens filled with images of desperate people running around the city trying to buy oxygen for their sick family members. On January 29, the situation in Manaus was so bad that 509 people were waiting for beds in city hospitals. Reports of a new strain made most of the people nervous and angry.

As the horrors of Manaus played live on national TV, several other states offered to help Amazon. Since January 15, more than 530 patients, most of them infected by the P.1 strain, have been taken to other states. Thirty-seven of them have died, 173 have recovered and the rest continue to be treated away from home. On the flip side this movement has increased the risk of P.1 circulating in other states, including São Paulo, the most populous state with the highest number of infections and mortalities.

In Pará, a neighboring state, one person was found to have been infected with the P.1 strain though they hadn’t traveled to Amazon. In Rondônia, another state that shares its boundary with Amazon, researchers have reported yet another strain that could also be more transmissible. As the second wave gathers momentum in Rondônia, the public health system stands on the brink. With no more free beds in its hospitals, Rondônia has also been sending its patients to other states, raising fears among experts that there could be a spike in infections there.

On Thursday, Brazil recorded 1,452 deaths due to COVID-19, taking its total toll to 236,397. In the last two weeks, the country has recorded an average of 55,000 new cases and 1,000 deaths every 24 hours. Though it is still behind the US in number of deaths, COVID-19 has spread the most in Brazil, considering its demography and average age. According to a recent study, the chances of a Brazilian dying of COVID-19 in 2020 was almost four times higher than in the rest of the world. 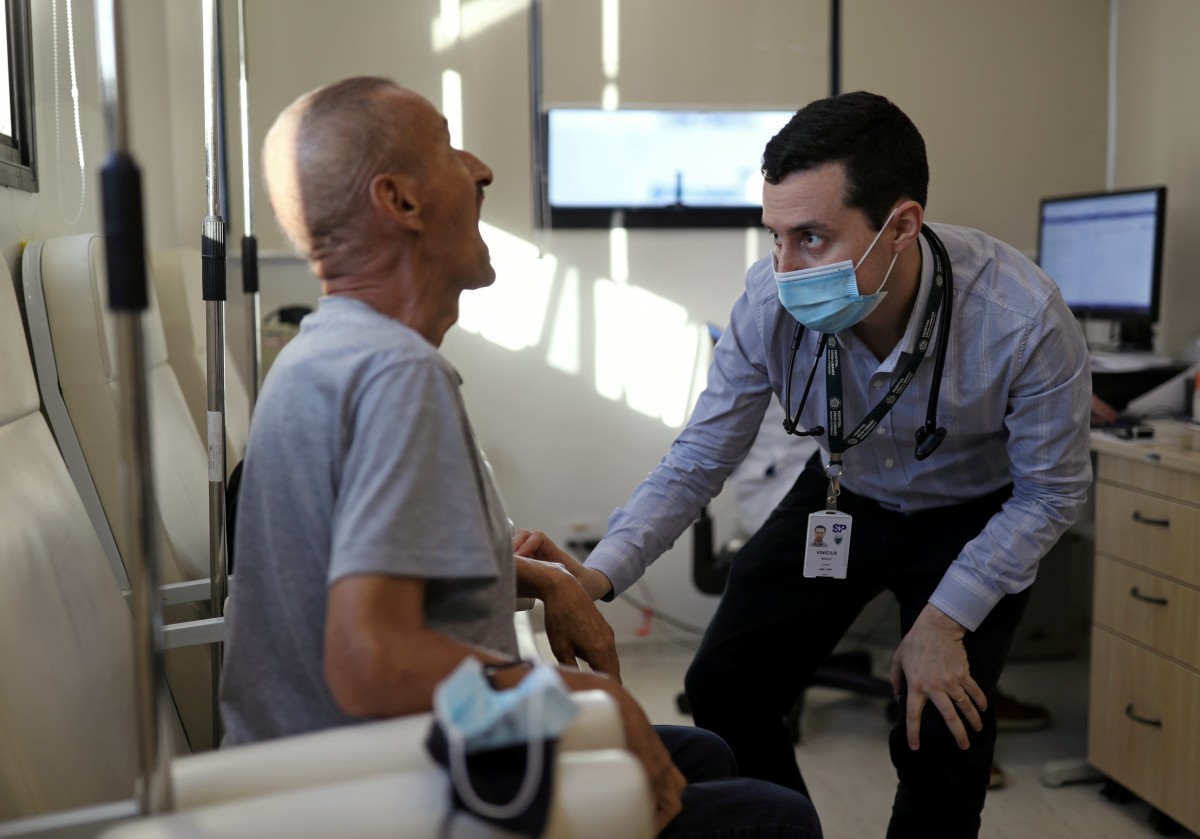 Vinicius Molla, a hematologist and volunteer of the clinical trial of Oxford COVID-19 vaccine, examines a patient at a consulting room in São Paulo, Brazil on July 9, 2020. Photo: Reuters/Amanda Perobelli

Worst in the world

While many governments have faltered in their response to the pandemic, only a few can be blamed for deliberately ignoring the problem. Brazil, under Bolsonaro, is foremost. In a recent report, the Lowy Institute of Sydney called the Brazilian handling of the pandemic the “worst in the world” – simply confirming what the president’s critics have been saying since the start of the pandemic.

“The Lowy Institute report shows what a complete disaster the Bolsonaro administration has been in the face of the most serious health crisis in the country’s history. Unfortunately, Brazil has a president who has denied the effects of the pandemic, called it a mild cold, and recommended chloroquine as a preventive treatment knowing that it has no proven effect,” Joao Doria, the governor of São Paulo state said in an exclusive statement to The Wire.

“Brazil is facing two pandemics and two viruses in the most difficult situation in its history: coronavirus and ‘Bolsonaro-virus’.”

Despite condemnation at international forums and calls for impeachment at home, the Bolsonaro government has done little to change course. With the federal government largely missing in action, Doria said, the management of the country’s epidemic was left to state governors.

“The federal government’s assessment was a disaster. State governors have done and are still fulfilling their role in protecting lives. If it were not for state governors decreeing quarantines and laws for the use of masks, limiting access to trains, subways and buses and other preventive measures to avoid gatherings, Brazil’s disaster would be much worse,” Doria, a potential challenger to Bolsonaro in the 2022 presidential election in 2022, said.

On Thursday, Brazil health minister Eduardo Pazuello told the Senate that the P.1 variant could be checked with existing vaccines. “Thank god, we had clear news that vaccines are still effective against this variant…,” he said. But Pazuello, an army general who has been widely criticised for his work in the crucial ministry, didn’t explain which vaccines would be effective against the new variant.

In late January, the minister had said samples of the new variant had been sent for analysis to the University of Oxford. The Butantan Institute of São Paulo is also testing its CoronaVac vaccine against the new variant, and the results tests are awaited.

Such confusing statements from the top, even as Brazil’s mass vaccine roll-out has been far from satisfactory, have been little comfort to the general public. Thus far, Brazil has vaccinated 4.3 million people, around 2% of its population. To achieve vaccine-mediated herd immunity, Brazil needs to vaccinate at least 150 million people.

On Thursday, during a Senate hearing, Pazuello declared that the country would be able vaccinate only 50% of the population by June. The rest would get their shots by December 2021.

With the P.1 variant in circulation, such a delay in vaccination could be catastrophic. “Everything indicates that a tsunami is going to hit Brazil,” Fernando Reinach, a top molecular biologist, wrote in an article last Saturday. One of the first scientists to warn of the dangers of vaccines failing against new variants, Reinach wrote that the strain from Manaus, which is “more virulent” than others, is a “serious and dangerous unknown” because the existing vaccines have not even been tested against such mutations.

“Sorry for the pessimism,” he wrote, “but it is better to prepare for the worst.”

Shobhan Saxena and Florencia Costa are independent journalists based in São Paulo, Brazil.