Citing Lack of Authorisation and No Delivery of Doses, Brazil Cancels Covaxin Contract

Senate panel warns former partner of Bharat Biotech to return from India immediately and appear at the commission on August 4 or face preventive detention. 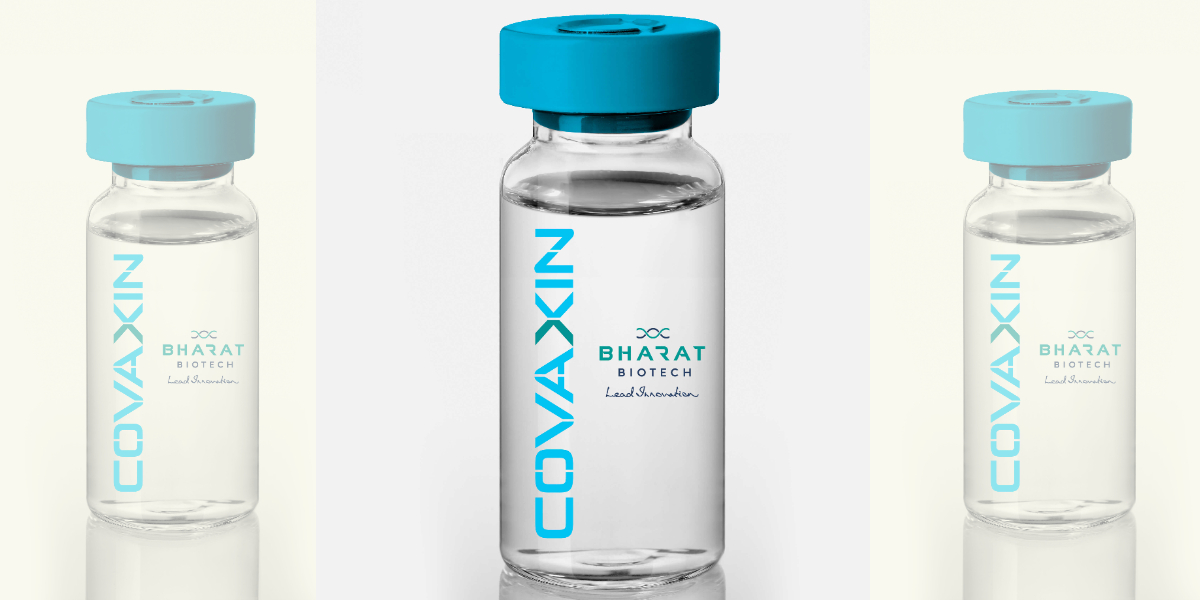 Sao Paulo: In a final blow to Bharat Biotech’s plan to sell 20 million doses of its COVID-19 vaccine Covaxin to Brazil, the country’s health minister Marcelo Queiroga announced on Thursday that the contract would be cancelled because it had “lost its purpose”. The government has decided to cancel the contract, said the minister, because the firm had not delivered the doses as per the contract and the vaccine did not get any approval from Brazil’s health regulator (ANVISA).

“First, because these vaccines were not delivered within the period set in the contract and, secondly, because there was not even an authorisation for emergency use for this vaccine from ANVISA or definitive registration,” said Queiroga, giving the reasons for the government’s decision in a press conference at the Presidential Palace in Brasilia.

The minister’s emphasis on “not even an authorisation from ANVISA” in his statement was significant as Bharat Biotech has claimed twice that it had received emergency use authorisation (EUA) in Brazil. As revealed by The Wire, the Indian firm’s claim was wrong and has been denied by the Brazilian health regulator.

The contract, already under suspension on the recommendation of the Comptroller General of Union (CGU), who is probing suspected irregularities in the deal, was hanging by a thin thread for many weeks as the scandal around it kept growing, leading to the announcement on Thursday. “The position of the ministry is to cancel the contract, but as per the bidding rules we have to notify the contracted company so that it can present its defence for records. But the purpose for contracting the vaccine is lost,” said the federal health minister.

As the contract was signed by Precisa Medicamentos on behalf of Bharat Biotech, which has discarded its partner amid a breakdown of relations between the two, the Brazilian company’s response to the ministry’s decision may further intensify the war of words between the firms which are locked in closed-door talks in Hyderabad at the moment.

The Covaxin contract has been at the centre of a swirling scandal for almost two months. But the past few days have been rather dramatic, with the deal suffering blows on a daily basis. The announcement on Thursday came two days after ANVISA decided to suspend the “exceptional and temporary authorisation for import and distribution” of Covaxin. Just a day earlier, the health regulator had cancelled the phase-3 clinical trials of the vaccine in Brazil, having suspended it two days before that. Last Saturday, ANVISA had scrapped the vaccine maker’s application for EUA in Brazil after its announcement on Friday that it was cancelling its Memorandum of Understanding (MoU) with its Brazilian representative, Precisa Medicamentos. That decision sparked a blame game between the two companies, with both accusing the other of presenting fabricated documents to the Brazilian ministry of health. 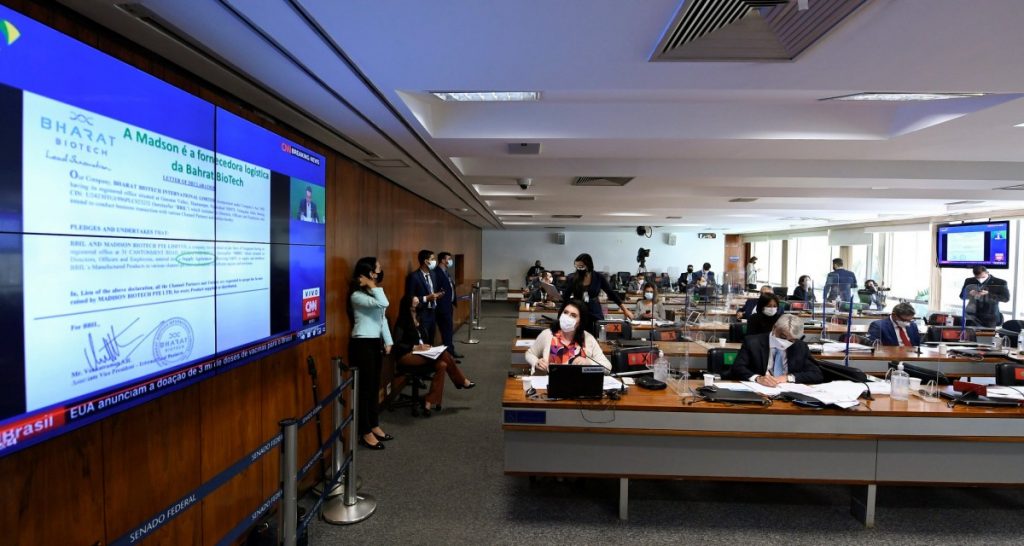 The senate panel is looking at all documents related to Bharat Biotech’s vaccine contract with Brazil with a magnifying glass. Photo: Edilson Rodrigues/Agência Senado

Another passage to India

The $300-million contract is being investigated by four different agencies in addition to a probe by the parliamentary commission of inquiry (CPI), which is on recess until August 3, when the top executives of Precisa Medicamentos are expected to appear in front of the Senate panel. But on Wednesday, the lawyers for the company’s managing partner, Francisco Maximiano, pleaded before the Supreme Court that the businessman should be allowed to skip the hearing, scheduled for next Wednesday (August 4) because he had gone to India to meet with the Bharat Biotech management. On Saturday, The Wire had reported that top executives of the Brazilian firm would be travelling to Hyderabad to have meetings with the Indian company.

On Wednesday, after the court was informed about Maximiano’s travel to India with no information about his date of return, alarm bells began to ring in Brasilia. In June, Maximiano had skipped his first scheduled appearance at the Senate as he was under mandatory quarantine after travelling to India. As this is the second time the executive has taken a plane to India just days before his testimony in Brasilia, his travel is being called by some commentators as “The passages to India”, in reference to a hugely popular soap opera whose plot was set in India.

But the Senators leading the probe are not amused with the development as they have become suspicious of Maximiano’s intentions in travelling to India at the stage when the MoU, as well as the contract, have been discarded. The CPI vice president, Senator Randolfe Rodrigues, announced on Thursday that he would ask for the preventive detention of Maximiano if he did not return from India to testify.

“We received the news that Francisco Maximiano has escaped to India and intends not to be heard by the CPI on Wednesday. I want to recommend to Mr. Francisco Maximiano: come back and attend the CPI immediately on the day your testimony is scheduled. Evading the country when an investigation is ongoing is a crime. And we will not hesitate to ask for your preventive detention,” said the Senator in a video posted on Twitter.

Maximiano’s testimony has assumed greater significance now, after the Comptroller General of the Union, Wagner do Rosario, said on Thursday that an analysis of two important documents submitted by Precisa Medicamentos to the ministry shows evidence of tampering. One of the documents is a power of attorney, presumably given by Bharat Biotech to its former Brazilian partner. While dissolving its MoU with Precisa Medicamentos last week, the Indian firm had accused the company of fabricating the documents. On its part, the Brazilian firm had alleged that the documents had come from an executive of Envixia, a Dubai-registered firm which was also part of the MoU.

Speaking at the press conference on Thursday where the health minister announced the cancellation of Covaxin contract, Rosario said the documents would be now sent to the Federal Police for proper forensic analysis. “The two (documents) were made from collages of a text image on the frame of the image of another digitized document, a frame that contains the Bharat [Biotech] logo, its stamp and signature of its executive director and the footer. We are not sure who did this and this will be the target of further investigations,” Rosario said, sitting beside the health minister.

The Senate probe, which has kept the whole country engaged with the live broadcast of its proceedings where the heavyweights have faltered and unknown bureaucrats have emerged as whistleblowers, would resume on Wednesday when an executive of Precisa Medicamentos, Tulio Silveira, who had signed the Covaxin contract as a witness, is scheduled to appear before the inquiry commission.

With more than two terabytes of documents in their possession, the panel has been busy analysing the papers as they prepare for the next round of hearings which can last up to 90 more days before the Senators get down to writing the report that may change the course of this country’s politics. “During the break, our teams analysed documents, tax and bank records and received other documents. Our determination is to know who is responsible for more than 5,50,000 Brazilians killed and also who were stealing money when Brazil was losing its children. We will find those responsible, wherever they are, whatever the cost,” said Senator Randolfe in his Twitter post.

The Senate probe has not just singed the two pharmaceutical companies, it has also put President Jair Bolsonaro in a tough spot with the scandal becoming a serious political crisis for him. On the day Brazil’s current health minister announced the cancellation of the contract, his predecessor was in a federal police office answering questions from officials who are investigating if Bolsonaro committed the “crime of prevarication” by not informing the authorities about the ministry of health whistleblower Ricardo Miranda’s complaint about an invoice for $45 million in advance payment to Madison Biotech, a supply partner of Bharat Biotech which was not part of the contract. 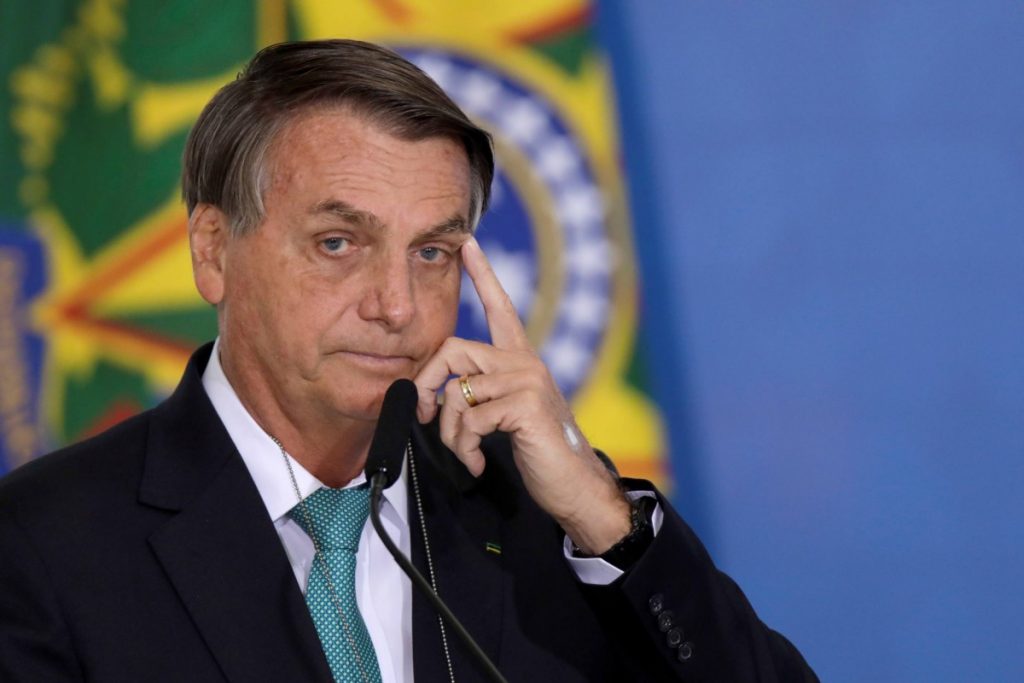 Entering the police office at 10 am, former health minister Eduardo Pazuello stayed there till 2 pm, replying to questions about the president and possible irregularities in the contract for the Indian vaccine. Pazuello, a serving general in the Brazilian army, told the police that Bolsonaro “informally” instructed him to investigate allegations of corruption in the contract for the purchase of Covaxin. On his part, the president has told the story when questioned about Miranda’s complaint and testimony at the Senate. But, as an instruction given “informally” matters little in cases of prevarication, Pazuello’s statement to the police may not be very helpful to the president.

CPI President Omar Aziz was completely dismissive of the former minister’s statement to the police on Thursday. “You can’t take the general’s statements to the federal police very seriously,” said Senator Aziz, who has earlier accused Pazuello of “lying the most” during his testimony at the commission. “General Pazuello, unfortunately, went there and stopped telling the truth even as his lies were being exposed by videos and various other pieces of information,” said Senator Aziz on Monday.

With the second season of the Senate inquiry set to roll out on Wednesday, the CovaxinGate saga is all set to produce more dirt and drama.