After a life of delusional traits, his dishonesty finally causes the charismatic prime minister's downfall. 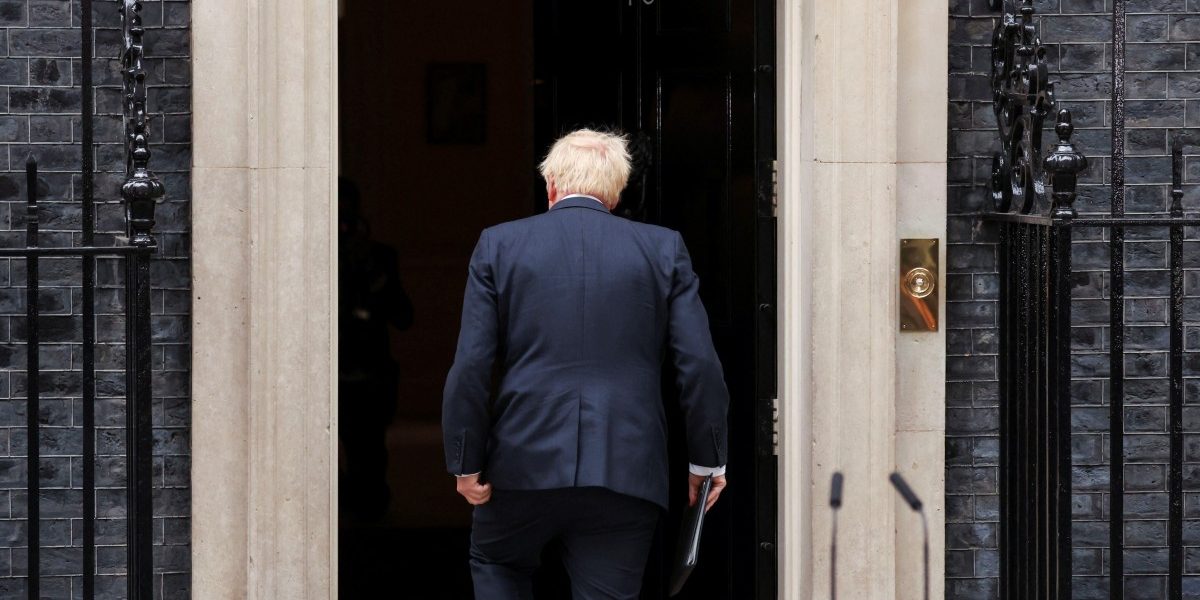 London: It took the UK’s two most prominent South Asian politicians, Sajid Javid and Rishi Sunak, to trigger a series of rapid moves that led to the resignation of Boris Johnson, Britain’s charismatic but self-servingly delusional prime minister.

By Wednesday night, they had been joined by more than 40 other ministerial resignations. Others stayed in their posts but, through the night and into this morning, many advised Johnson to resign.

Johnson began to assemble a list of successors to those who had gone, but this morning he realised the numbers were against him and announced he was resigning as Conservative Party leader,.

He intends to remain as prime minister till a successor is elected in the next three months but that is being opposed by some Party leaders who argue he has lost so much support that he must go immediately and be replaced by an interim prime minister. Under normal practice, a prime minister would inform the Queen that he or she was resigning and she would invite them to stay on temporarily.

Javid, secretary for state for health, whose parents moved to the UK from Pakistan in the 1960s, was the first minister to resign on July 5. He was followed after a few minutes by Sunak, the finance minister (Chancellor of the Exchequer) and son-in-law of India’s Infosys founder Narayana Murthy.

Among those who struck the final blows was Nadhim Zahawi, who came to the UK when his Kurdish parents fled from Saddam Hussein’s regime in Iraq in the 1970s. He advised Johnson to resign this morning, even though just 36 hours earlier he had been appointed by the prime minister to take over the finance minister post from Sunak. He had been education secretary and health minister.

Johnson has been ousted not for any reason of policy, but because he avoided taking responsibility for keeping Chris Pincher, a loyal ally, in office as a parliamentary deputy chief whip despite a series of sex scandals. The crunch came after Pincher groped another man one evening last week in the Conservative Party’s elite Carlton Club. Pincher was suspended from the Party, but Johnson resisted insisting he resign as an MP.

Johnson’s office denied he had known about similar allegations against Pincher, and government ministers were instructed to deliver this message in various television interviews. Two days ago, Johnson admitted he had known and this proved to be the turning point, leading to the Javid and Sunak resignations.

Throughout his career as a journalist, editor and politician – and through his various marriages and affairs – Johnson has shown a disdain for established institutions and conventions and a scant respect for the truth.

That has led to a series of crises since he became prime minister in 2019, all of which he survived after he issued profound apologies, taking “full responsibility for what has happened”.  This turned the usual politician’s dictum of “never apologise” on its head, but it enabled Boris successfully to close down debate and move on – till the next scandal.

He has been under increasing pressure to resign since revelations earlier this year that he lied about whether he knew numerous illegal parties were held in Downing Street during the Covid lockdowns. He was fined £50 by police for attending one of them, though he and his wife attended several more.

Despite serious by-election setbacks last month, which indicated a decline in his status as a massively popular and charismatic politician, he successfully resisted efforts to sack him until his apology route failed this week over the Pincher affair. He showed little contrition in his resignation statement outside 10 Downing Street today and, incredibly, suggested the mass resignations showed he had been the victim of Westminster’s “herd” mentality.

Together with Javid and Sunak, Zahawi is among Britain’s richest MPs and, along with Javid, will almost certainly stand in the coming election for the leadership of the Conservative Party.

Sunak became an MP just seven years ago so has limited political experience, but he was extensively promoted in the media as the next likely prime minister after he became finance minister in 2019.

His continuing commitment to a political career is less certain. He and his wife, Akshata Murty, came under extensive public scrutiny earlier this year for their massive wealth and she was criticised for retaining non -domiciled status that meant she escaped paying £20m UK tax.

He said in his resignation letter that he realised he might never again hold a ministerial post.

Javid made a powerful resignation speech in parliament, marking himself out as an ambitious politician, but Sunak made no statement.

Their resignations were followed by two other politicians of Indian origin joining the mass of ministers who did not resign but told Johnson to go.

One was Priti Patel, the controversially acerbic home secretary, who owes her job to Johnson ignoring calls for her to resign over her treatment of senior bureaucrats and failure to reduce illegal immigration. The other was Suella Braverman, the attorney general, who has had little public exposure but announced last night that she would be a candidate in the coming election.

The emergence of these Asians as senior politicians reflects the role that the sons and daughters of immigrants are playing in British life.

There is no clear successor in line to succeed Johnson and there is likely to be a long list of candidates, none of whom can claim to be ideal.

This correspondent was asked recently by an Indian diplomat whether the UK was ready for a South Asian prime minister. I replied ‘yes’, with Javid and maybe Sunak (before the furore over his wife’s wealth) in mind. By October it could all become clear.