Boris Johnson Has Backed Himself Into a Corner. What Happens Next?

Johnson could not only end up Britain’s shortest-serving prime minister but also its weakest. 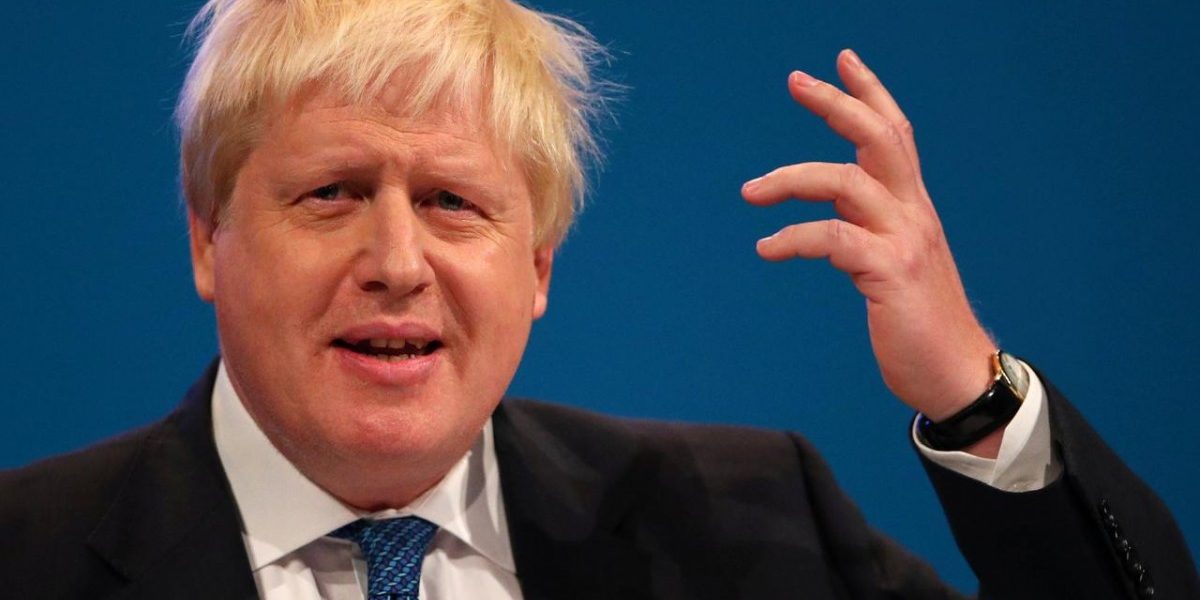 Boris Johnson has got himself into a pretty pickle and large sections of the Labour Party are inclined to let him stew in it. He could not only end up Britain’s shortest-serving prime minister but also its weakest. And, it seems, all he can do is rue the mess he’s got himself into.

On Tuesday, the House of Commons voted to stop Johnson taking Britain out of the EU without a deal. Even though he’s repeatedly claimed he wants one, it’s no secret Johnson is willing to crash out without it. That has now been stopped. In the process, 21 of his MPs voted against him.

This has left Johnson in power, but without a majority. He attempted to get around this conundrum by seeking parliament’s permission to set aside the Fixed-term Parliaments Act and agree to an election on October 15. It required a two-thirds majority, but Johnson fell 133 votes short. He’s going to try again on Monday but it’s very unlikely he can get the House of Commons to change its mind.

So, for now, an election is not immediately imminent. There is, however, one other way it can be brought forward but that’s riddled with risks. Nonetheless, it is under consideration. Either the Labour leader Jeremy Corbyn could move a vote of no-confidence or Johnson could do so himself knowing he would lose. The problem is that neither course would lead to an immediate election. The opposition would have two weeks to try and form an alternate government.

Not so long ago, Corbyn spoke of cobbling together such an administration on a purely interim basis to ensure the Brexit deadline of October 31 is extended. The idea appeals to several other opposition parties but none is keen on Corbyn being the prime minister. If he agrees to someone else taking the job – and under pressure he could – a coalition of opposition parties could come to power and that would mean Johnson would have to step down as prime minister without an election following.

Today, it seems, Corbyn has changed his mind. He says he’s prepared for an election once the Queen gives her assent to parliament’s law extending Brexit. Large sections of his party, however, do not agree. They will only accept an election after October 31 to avoid the possibility of Johnson returning with a majority and taking Britain out of the EU on October 31. So it seems Corbyn’s altered position is going to be of little help to the embattled prime minister.

So, now, look at the situation Johnson finds himself in. He’s in office but without power and he can’t even be certain losing a vote of confidence would lead to the election he wants. Meanwhile, the “do or die” commitment he made – repeatedly, loudly and forcefully – to ensure Britain leaves the EU by October 31 is not going to be fulfilled. After Tuesday’s vote, that could only have happened if he can force an election before the Brexit deadline. Labour is determined to stop that.

This also means that whenever an election is held – and there’s bound to be one shortly after the October 31 deadline has passed – Johnson will have to face the British electorate having failed to live up to his “do or die” pledge. Had the election happened either with success in the bag or in the offing, he could have been confident of a majority. Now that’s far from certain.

Of course, Johnson does have a few tricks up his sleeve, but the question is, how effective will they prove? For instance, he could ignore parliament’s decision to ask for a Brexit extension and crash out without a deal. This would, of course, amount to defying the law. But as a senior Whitehall source said to The Times: “What are they going to do, get the Supreme Court to send the Cabinet Secretary to Brussels to sign off the extension?” Perhaps that’s what Johnson was hinting at when he said on Thursday that he would rather “die in a ditch” then let Britain remain in the EU. 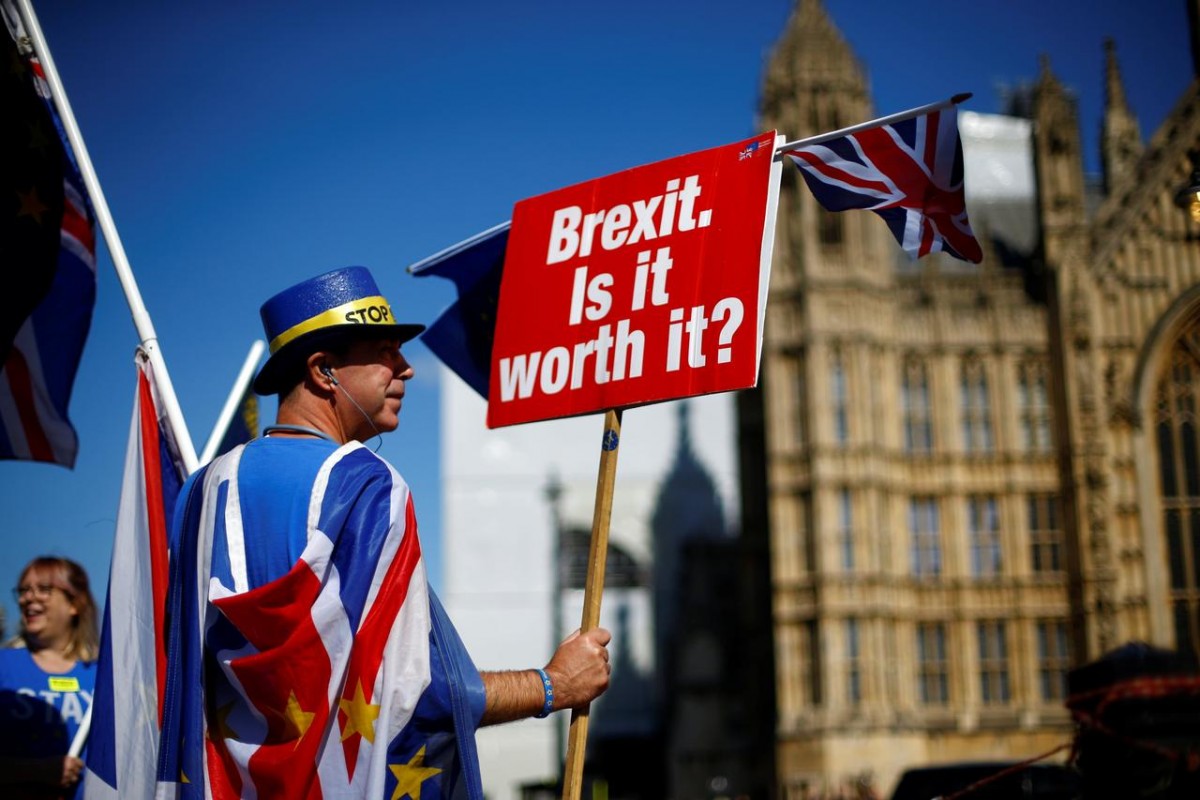 Johnson could quit rather than be forced to ask the EU for a Brexit delay. Photo: Reuters/Henry Nicholls

The other possibility is Johnson could quit rather than be forced to ask the EU for a Brexit delay. That would rescue him from the predicament of having to do what he’s sworn he never will but it will also end his political career abruptly. However, many thought his speech on Thursday suggested he hasn’t ruled this out.

Whilst he contemplates all of this, there’s one more problem of his own making Johnson has to face up to. If he decides to move a vote of confidence in his own government, he has to do so by Monday at the latest. His decision to prorogue parliament, which was designed to put pressure on the opposition parties, has now resulted in a deadline confronting him.

Finally, if all of this wasn’t bad enough, Johnson has also upset his party. His authoritarian decision to purge the 21 Tory MPs, who rebelled on Tuesday and voted with the opposition to delay Brexit, faces a growing backlash. They include two former Chancellors of the Exchequer, Philip Hammond and Kenneth Clarke, and Winston Churchill’s grandson Nicholas Soames.

A hundred Conservative MPs have signed a letter calling the expulsion “wrong in principle and bad practical politics”. Johnson is under pressure to reverse it. On top of all this, his brother, Jo, has resigned leading commentators to ask if his close family don’t trust him, why should the country?

At the moment, of course, even 24 hours is a long time in British politics. Unforeseen events could lead to the political situation altering considerably. Johnson must be hoping that happens. But if it doesn’t, he could end up resembling a car about to crash into a wall in slow motion with the brake pedal missing.

Karan Thapar is a senior journalist and television commentator.