The decision comes hours after an OAS investigation into his re-election last month found irregularities. 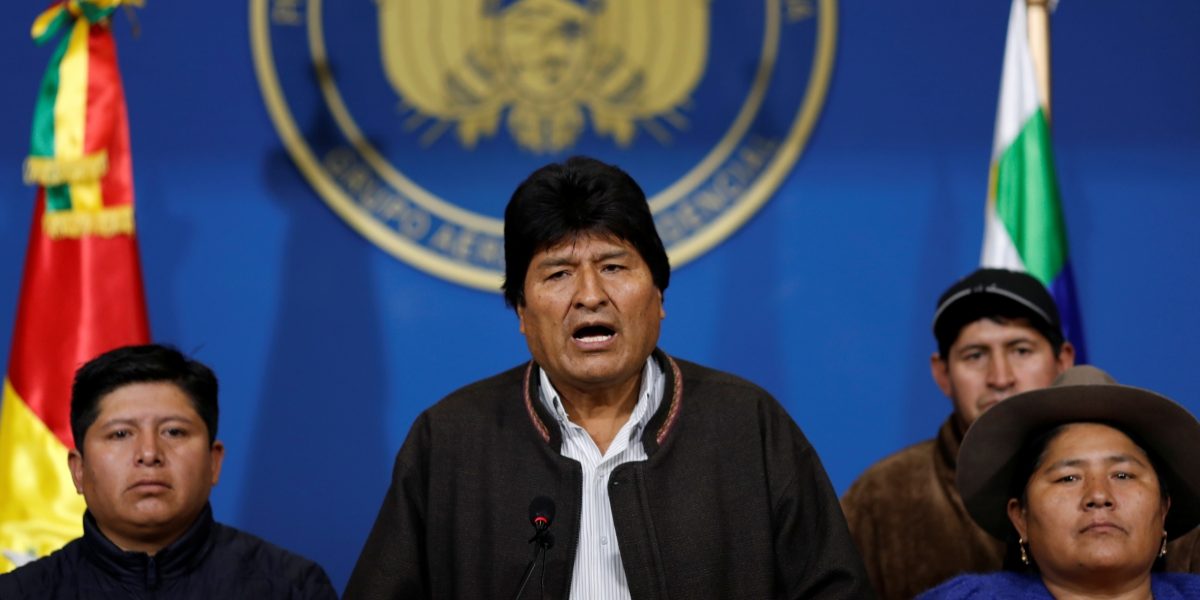 Following an election backlash, Bolivian President Evo Morales announced on Sunday he had submitted his letter of resignation to parliament after the military, police and opposition suggested he step down.

The commander-in-chief of the armed forces, Williams Kaliman, and police chief Vladimir Calderon Mariscal both appeared on camera to call on Morales to resign in order to foster peace earlier on Sunday.

“I ask you to stop attacking the brothers and sisters, stop burning and attacking,” Morales told the Bolivian people. 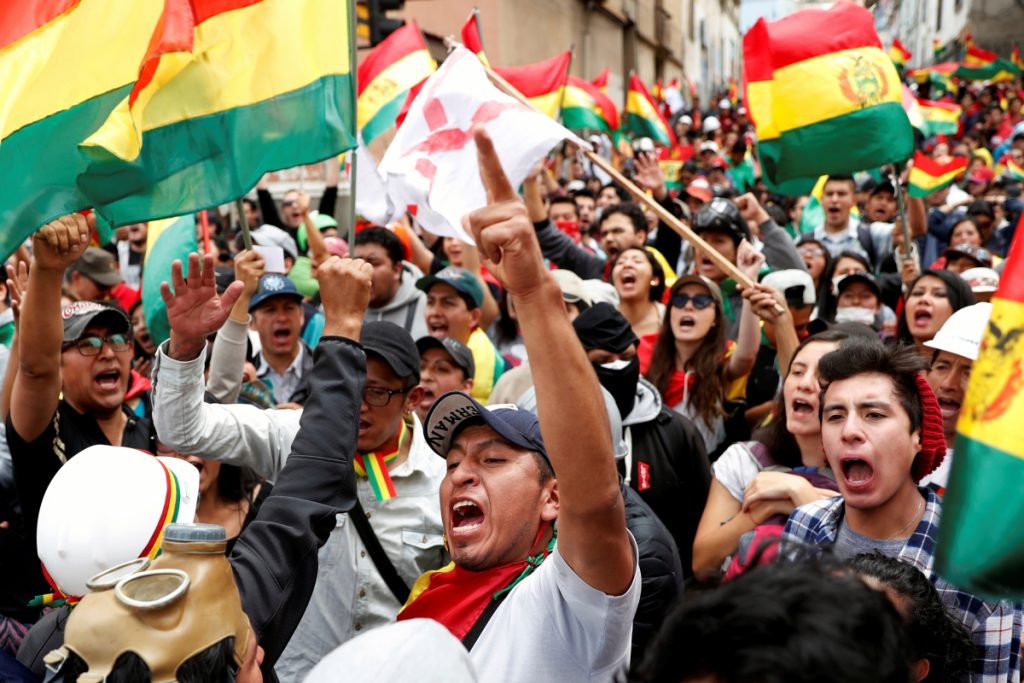 The 60-year-old also aimed criticism at what he called the “civic coup” which led to his resignation. Morales ally and Senate President Adriana Salvaterria later said she too would step down shortly after the president.

Morales later tweeted that a police officer had told him they were in possession of an “illegal” warrant for his arrest and that his home had been attacked by violent groups.

But police commander Yuri Calderon denied that authorities were seeking Morales, saying that such reports were “fake news.”

Bolivia has seen weeks of unrest and rioting, resulting in three deaths and hundreds of people injured, in the wake of the disputed October 20 election.

The Organisation of American States called for a fresh vote earlier on Sunday following an audit of October’s election. They concluded that there were irregularities in the vote.

Speaking prior to Morales’ resignation, army chief Kaliman said: “We suggest the president of the state renounce his presidential mandate, allowing peace to be restored and stability maintained for the good of our Bolivia.”

Another Morales ally, Cuban President Miguel Diaz-Canel, also described the resignation as a coup. He called on the world to “mobilise for Evo’s life and freedom.”

The Mexican foreign minister also rejected the “coup” and tweeted that his country would offer asylum to Morales if he wants it.

“Mexico, in accordance with its tradition of asylum and non-intervention, has received 20 people from the Bolivian executive and legislature at the official residence in La Paz, so we would also offer asylum to Evo Morales,” wrote Marcelo Ebrard.

The governments of Chile and Peru issued statements calling for peace in Bolivia.

Who is Evo Morales?

In power since 2006, Morales was Latin America’s longest-serving leader. He was also the first indigenous leader of a Latin American country. He began his career as an activist for coca leaf growers.

The left-wing leader was initially very popular and oversaw great economic growth in Bolivia. A two-term limit is in place in Bolivia, which Morales overturned in the courts by arguing that this was a violation of his human rights.

In recent years, his increasingly authoritarian leadership style met opposition from the populace. His resignation has been greeted with celebrations in La Paz by protesters.