The flight ban was imposed by US FAA after two fatal crashes in Indonesia and Ethiopia killed 346 people within five months in 2018 and 2019. Boeing Co. has won approval from the US Federal Aviation Administration (FAA) to fly its 737 MAX jet again after two fatal crashes that triggered two years of regulatory scrutiny and corporate upheaval. The FAA also detailed some changes that Boeing must make on the jet.

In the accidents in Ethiopia (2019) and Indonesia (2018), a stall-prevention system known as MCAS, triggered by faulty data from a single airflow sensor, repeatedly and forcefully shoved down the jet’s nose as the pilots struggled to regain control.

After a series of investigations and regulatory reviews, here are the major changes happening before the 737 MAX returns to the sky.

Boeing‘s maneuvering characteristics augmentation system, known as MCAS, will now rely on readings from two angle of attack (AoA) sensors that measure the angle at which the wing slices through the air, instead of just one.

Separately, Boeing is making standard an alarm alerting pilots to a mismatch of flight data from the sensors.

Boeing did not tell US regulators, for more than a year, that it inadvertently made the so-called AoA disagree alert optional on the 737 MAX, instead of standard as on earlier 737s. Boeing has said the missing display represented no safety risk, an FAA official said in May 2019.

Pilots must undergo new simulator training, including training on multiple flight-deck alerts during unusual conditions, along with how to respond to a situation known as runaway stabiliser with timely pilot actions required.

Pilots must also get training for erroneous, high angle of attack malfunctions.

American Airlines expects to train some 1,700 of its 4,000 737 pilots in December with a one hour and 40 minute iPad course and a two-hour simulator session that will follow a one-hour briefing, the union representing its pilots said.

Boeing said it will separate 737 MAX wiring bundles, flagged by regulators as potentially dangerous, before the jet returns to service.

The jet’s wiring raised the potential of a short circuit that, in certain remote circumstances, could lead to a crash if pilots did not react in time. One industry source said the wiring separation was “still continuing” this week.

In February, Boeing said it found “foreign object debris” – an industrial term for rags, tools, metal shavings and other materials left behind by workers during production – in the fuel tanks of dozens of undelivered 737 MAX jets.

Boeing said it has inspected all of the stored aircraft and “shared inspection recommendations and detailed instructions with customers storing their own airplanes.” 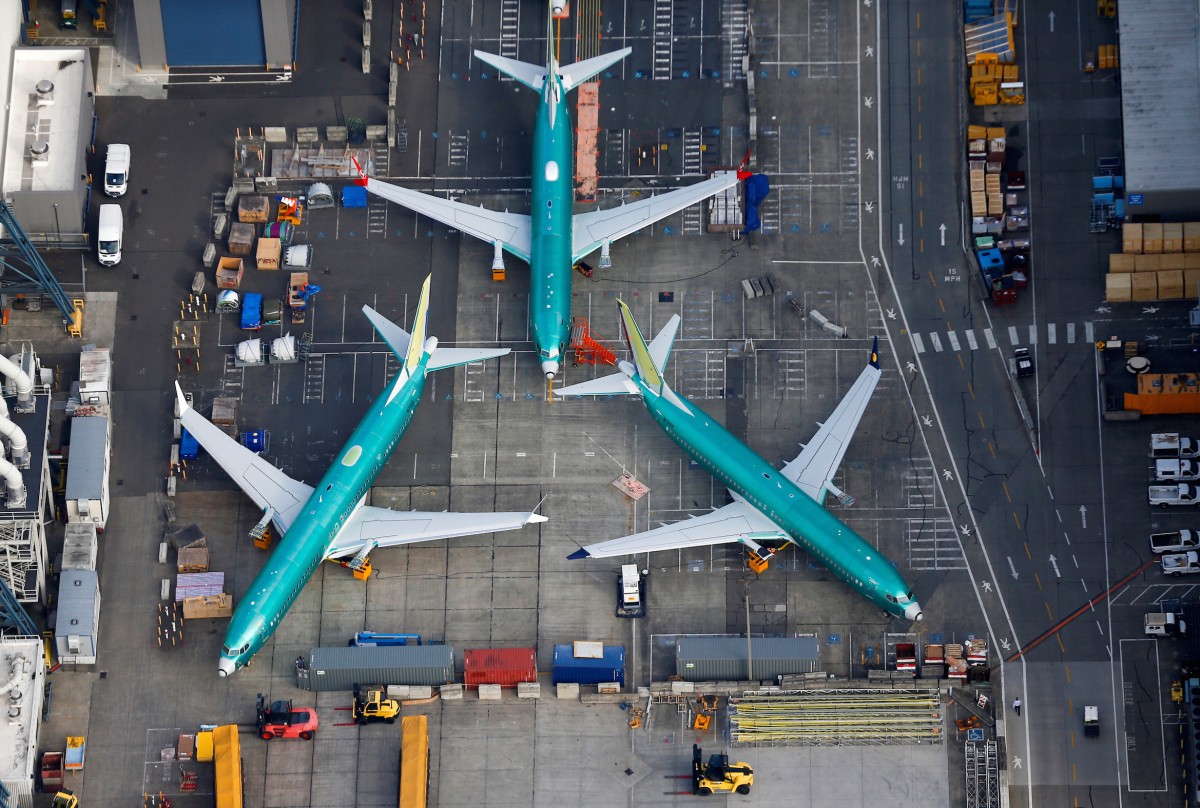 A photo of Boeing 737 MAX airplanes parked on the tarmac at the Boeing Factory in Renton. Photo: Lindsey Wasson via Reuters.

However, Boeing’s two largest US and European customers signalled caution on their order books as they monitor demand in the midst of the coronavirus pandemic.

US-based Southwest Airlines, Boeing‘s largest customer worldwide, said this week it would just take new MAX jets to replace jets it’s retiring rather than grow its fleet. Moreover, on Thursday they raised the prospect of scaling back its fleet due to the pandemic.

A senior executive of Boeing‘s largest European customer, low-cost carrier Ryanair, said on Thursday that it is not currently looking at additional orders for the jet, but may buy more if prices fall in the wake of COVID-19.

“Over time one can see that there will be a way that aircraft are going to be cheaper … and we will capitalise on that at some stage,” Ryanair DAC chief executive Eddie Wilson said at the Skift Aviation Forum. “But at the moment it’s just the … existing order that we have,” he said.

Now many have parked jets or even gone out of business in the pandemic, creating challenges for Boeing as it tries to find homes for 737 MAX jets that are built but now lack buyers.