Biden Could Be Soft on China; Not Good for India: Donald Trump Junior

The US president's son was speaking at an event for a select group of Indian-Americans. 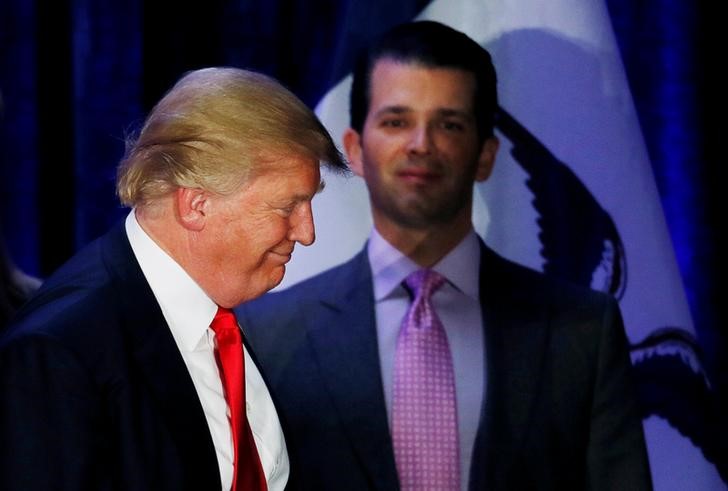 New York: Democratic presidential candidate Joe Biden is “not good for India” as he could be soft on China, US President Donald Trump’s son said at an event to celebrate the “success” of his book that talks about graft allegations against the Bidens.

Forty-two-year-old Donald Trump Jr is leading the re-election campaign of his 74-year-old father. The presidential elections in the US are slated to be held on November 3, 2020.

“We have to understand the threat of China and no one knows that probably better than Indian-Americans,” Trump Jr, told a select group of supporters from the community at the event in Long Island, New York.

In his book Liberal Privilege, he has documented allegations of corruption against 77-year-old Joe Biden’s family, particularly against his son Hunter Biden.

“When you look at our opponents in this race you think the Chinese gave Hunter Biden $1.5 billion because he was a great businessman, or because they knew the Bidens could be bought, and therefore soft on China,” he said.

Trump Jr was referring to the latest allegations of corruption against the Biden family as revealed by the New York Post.

“Therefore, (Joe Biden is) bad for India,” he said in his address at the meet and greet event along with Kimberly Guilfoyle, who is leading the fund-raising efforts of Trump’s re-election campaign.

The book, signed copies of which were handed out to participants of the event, reflects, according to Trump Jr, on the “corrupt practices” of the Biden family.

Joe Biden has refuted the allegations of corruption against him.

However, Trump Jr said neither Biden’s family nor his campaign has issued any statement against the latest allegations and e-mails that have been posted by the New York Post.

Also read: America Will Vote to Heal This November. Will India Follow Suit?

“It is not just China, as they said China Inc with the Bidens, it as the Ukrainian, it was Russia and it was overwhelming because they know that he can be bought,” Trump Jr alleged.

That’s not going to bode well for people who are democratic-minded or independent business people, the US president’s son said.

Praising Indian-Americans, Trump Jr said that the community is near and dear to his heart. “I understand the community pretty well,” he said.

Indian-Americans, he said, have been looking at what the Democrats have been pushing or what they have been ignoring for the last six months.

In his remarks, Trump Jr. recollected the Ahmedabad address of his father Donald Trump during his trip to India early this year.

“When I saw the enthusiasm of my father with Prime Minister (Narendra) Modi you know, I used to think that Trump rallies were pretty big in America but that was the biggest Trump rally probably ever in India, Trump Jr. said

Trump Jr has worked tirelessly at the great and tremendous personal sacrifice to fight on behalf of this country and on behalf of his father “for all the right things that we stand for”, Guilfoyle said in her remarks.

Al Mason, co-chair of the Trump Victory Indian American Finance Committee said that there has never been any US president who has respected and treated an Indian prime minister or India or Indian-Americans like President Trump has.