Bernie Sanders is running for president again. His message is simple: there's a class war raging and working people need to win it. 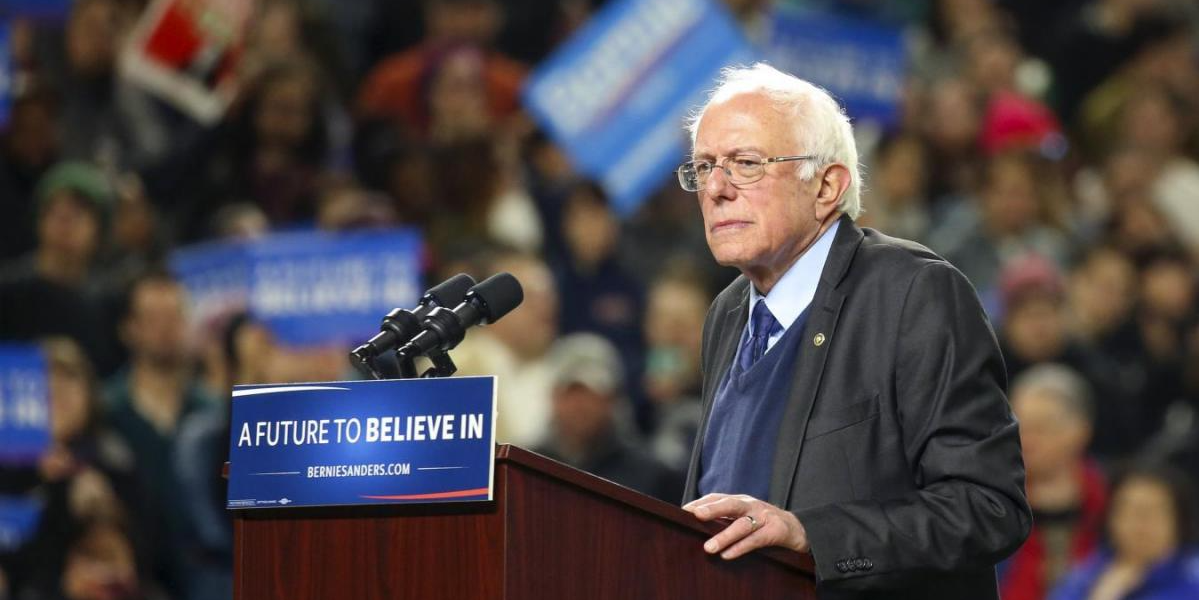 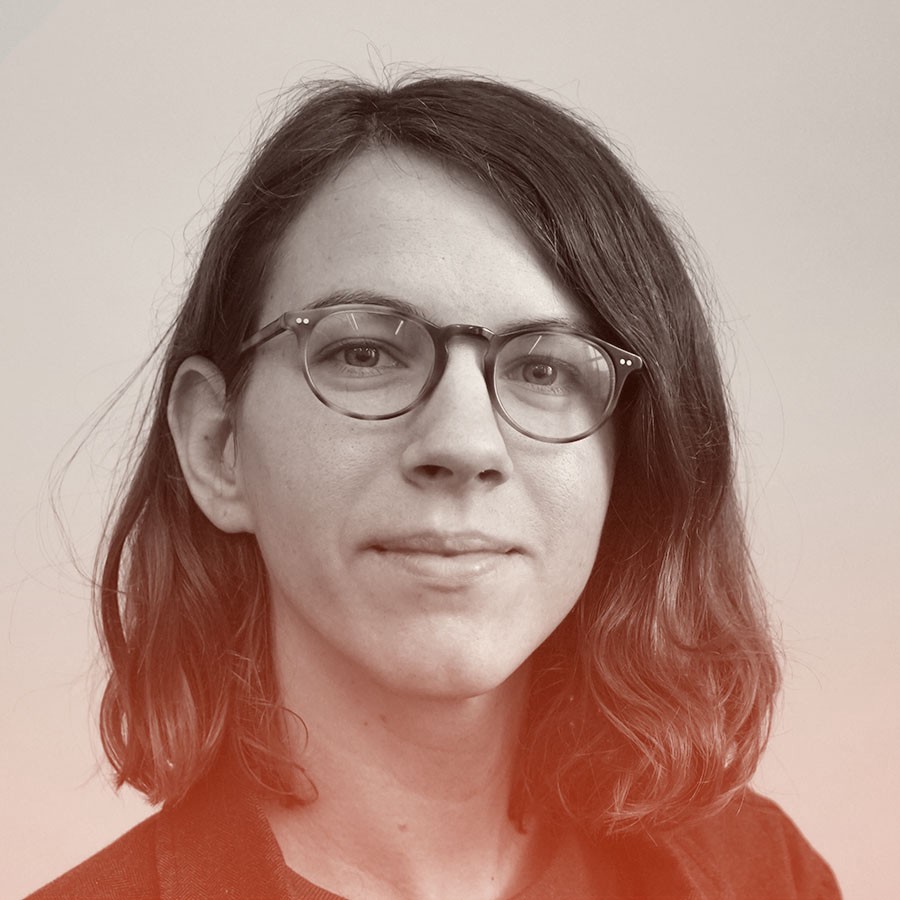 Judging from its early entrants, the politics of this upcoming Democratic presidential primary will be the most progressive in decades. All of the confirmed contenders claim to support Medicare for All, for example – an idea that most in the party ignored or outright rejected as recently as three years ago. Some candidates are also running on ideas like universal child care and a Green New Deal, a notable departure from the pro-corporate politics that have characterised the party’s program for years.

That leftward shift is a positive development, and there’s a reason for it. The reason is Bernie Sanders.

Now Sanders has announced that he’s throwing his hat in the ring with them. Some progressive voters may want to gravitate toward another candidate in the crowded field. But don’t be fooled – if you seek economic and social justice, you should support Bernie Sanders for president.

Why? Because there’s a class war raging, and Sanders is the only one running who sees it, and who wants to build working-class forces to fight back.

For four decades, neoliberal politicians in both parties have shamelessly and relentlessly deregulated corporations, cut taxes on the rich, stymied unions, starved social services, privatised public goods, and bailed out economic elites while imposing austerity on everyone else. The result for ordinary working people has been stagnating wages and ballooning debt, heightened anxiety and lowered expectations. All the while, there’s been a tacit prohibition on making sense of all this using the language of class conflict.

In 2016, Sanders violated that taboo – and found the American people remarkably receptive.

It turned out that many people were tired of having to choose between conservative pull-yourself-up-by-your-bootstraps individualism and liberal meritocratic elitism to explain the economic inequality and hardship they experience every day. They heard what Bernie had to say: that the economy is rigged, and that aggressive action to democratise it is necessary and achievable. And they agreed.

By making this pervasive exploitation and egregious inequality central to his campaign, Sanders came out of left field to garner thirteen million votes against the party front-runner. By continuing to use his platform to push for ambitious redistributive policies and highlight working-class struggles, he graduated from the campaign to become the most popular politician in the country. The rise of Sanders represents an American awakening – incomplete but significant – to the failures of liberal bipartisanship, corporate accommodationism, and capitalism itself.

Also read: Bernie Sanders to Run for US President Again in 2020

Sanders doesn’t just acknowledge the constant churn of class conflict: he picks a side. While other politicians know which way the wind is blowing and strike various progressive poses accordingly, Sanders is a storm that generates that wind.

He does this by standing up consistently for working people against capitalist interests. No other candidate for the Democratic Party nomination will have a comparable track record of fighting to put people over profits.

And while other candidates may pick and choose progressive proposals to run on, Sanders will present the most ambitious and comprehensive program to make the country more equal, more democratic, and more humane.

In a race where progressivism is in vogue, his platform will be hard to run against without changing the conversation. Other candidates and their proxies will argue that Sanders can’t represent the interests of women and people of colour because he’s an old white guy. But whatever the importance of symbolic representation, the social-democratic reforms Sanders proposes would do incomparably more to materially transform the lives of hundreds of millions of ordinary women and people of colour.

Antiracists should embrace the politician with the most serious plan to end problems like unemployment, low wages, underinsurance, student debt, underfunded public education, and housing disinvestment, given that these problems disproportionately affect people of colour and are the material basis for the lived experience of racism. Similarly, feminists should back whichever politician, regardless of their gender, is most likely to guarantee quality universal health care, child care, and education – the social reproductive work that often falls uncompensated to women if it isn’t adequately provided by society – as well as general proposals for a more equitable economy in which women can flourish.

Also read: Bernie Sanders and the Politics of Sanity

When it comes to US foreign policy, the other candidates in the Democratic Party presidential primary will, as usual, run the gamut from hawkish to oblivious. Sanders has an imperfect anti-imperialist track record, but is the only presidential candidate who suggests any hope of a new American foreign policy paradigm.

As a young man, Sanders applied to be a conscientious objector during the Vietnam War. He arranged a delegation from Burlington to visit the Sandinistas in Nicaragua, attended the inauguration of Nelson Mandela in South Africa, and visited Cuba. At times he toed the establishment line on foreign policy in Congress, but he has made a concerted effort to revisit and develop his approach in advance of the 2020 race. Last year, he even authored legislation to end US support for the war in Yemen – which, if it passes, will be the first ever successful invocation of the War Powers Resolution.

And then there’s climate change. The earth is on the brink of catastrophe, and time is running out. The primary obstacle to beating the clock is not individual consumption habits or insufficient ecological consciousness – it’s capitalism itself, which not only incentivises humans to destroy the earth for profit, but empowers society’s wealthiest to control politics and shield themselves from interference or consequences.

To save the planet, we need a movement against capitalism that can force lawmakers’ hands with disruptive mass action. This task will be infinitely easier if the president sees one of his primary tasks as bringing the private sector to heel, and is willing to anger and alienate the most powerful people in the world because he recognises that sustainability can only be achieved at the expense of profits.

Sanders is also our best shot at beating the Right. No one is better capable of defeating Donald Trump than a politician who speaks to the diverse working-class majority’s real needs in concrete terms, who meets their desire for change not with platitudes but with a positive vision for a radically fairer society.

Anyone skittish about a strong left-wing candidate’s chances against Trump need only remember 2016: running a centrist, corporate-friendly Democrat was justified because presumably only a moderate could defeat Trump. This turned out to be very wrong. For decades, establishment liberals have tried to persuade us that pragmatism means subordinating what’s right to what’s feasible. What we learned in 2016, or ought to have learned, is that compromise is no longer a winning strategy.

It appears that the sun is rising on working-class politics in the United States. But there are no guarantees. The 2020 Democratic presidential primary is a referendum and a test: have Americans finally awoken from our long neoliberal slumber? Are we ready to dispense with violence, scarcity, and greed, and build a new world on a foundation of solidarity and equality?

If you’re not ready for that new world, no problem – there are many more moderate candidates for you to choose from. But if you are, you have to back Bernie Sanders.

Meagan Day is a staff writer at Jacobin.

This article was first published on Jacobin. Read the original here.