The China Cables leak shows Beijing is busy with a monstrous experiment on an entire people, the Uighurs.

We have known about this for a long time; the evidence has been building over the years. Now the China Cables have demonstrated that the camps in China’s northwestern Xinjiang province — clearly visible on satellite images — are forced-labor camps under draconian regimes in which even the number of times occupants may go to the bathroom is strictly regulated. Chinese officials have repeatedly claimed that the camps are used for vocational training and that the occupants can leave at any time. Government documents have now proven this to be a lie.

In Xinjiang, China’s Communist Party is trying to enforce the “harmonious society” the party always invokes. Using systematic brainwashing and massive oppression, the authorities want to stamp out the predominantly Muslim Uighurs’ cultural and religious roots and replace them with loyalty to the party.

At least a million people in camps

At least a million — one in 10 — Uighurs have been detained and are being indoctrinated in the camps, according to estimates. They spend hours singing Communist songs. The camps’ residents have to confess their “mistakes,” the worst of which is practising their faith. To be allowed to leave, Uighurs must renounce their religion and have a good command of Chinese. 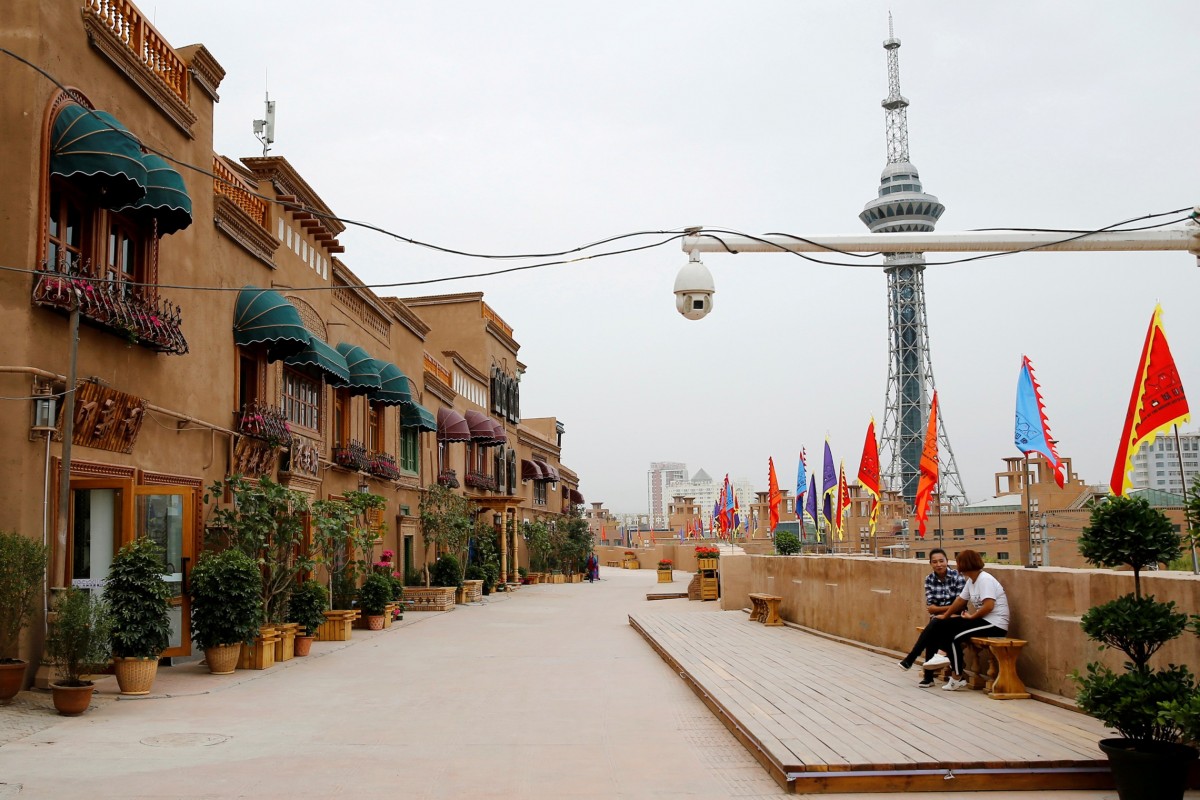 However, it’s not freedom that awaits the Uighurs who are finally let go, either, but at best an open-air prison. Surveillance cameras are omnipresent in Xinjiang province. Mobile phones are routinely scanned by police. DNA samples are mandatory, as are iris scans and fingerprinting. Surveillance extends into households and families. In all likelihood, there is no other place in the world subject to this degree of official control. Men are forced to shave their beards; mosques are torn down and pilgrimage sites razed to the ground. Under the pretext of modernisation, entire city districts are disappearing, such as the old town of Kashgar, a UNESCO World Heritage site. Anything reminiscent of an independent Uighur identity is being obliterated.

The government justifies its actions as part of a fight against terrorism. There have indeed been repeated incidents of violence and terror from the Uighur side as well. Ten years ago, riots between Uighurs and Han Chinese in the province’s capital Urumqi left almost 200 people dead. Uighur attacks, however, have sociological reasons rather than religious or ideological ones. In the Xinjiang region, which is officially described as autonomous, Han Chinese have settled in such large numbers that the Uighurs have become a minority in their own country over the past half-century. And not just that: They are also second-class citizens, with significantly poorer career and future prospects.

Beijing was never open to self-criticism. Instead, the government was relentless, rigorously silencing even those people who advocated exchange, understanding and building bridges — people like Ilham Tohti, a Uighur economics professor who for years promoted peaceful dialogue and has been awarded several human rights prizes. In 2014, Tohti was sentenced to life in prison for allegedly being a separatist.

Almost exactly one year ago, German foreign minister Heiko Maas declared during a visit to China that “we cannot tolerate reeducation camps.” But apart from the retort by his Chinese counterpart Wang Yi that these were “China’s internal affairs,” there have been no discernible consequences so far. European companies, including Germany’s VW and Siemens, continue to operate large factories in Xinjiang despite criticism of the human rights situation.

The Chinese leadership is well aware of the attractiveness of China’s market and the fact that Germany, in particular, depends on access to that market. Above all, it is aware of the notorious multiplicity of voices in the European choir.

But Europe must confront Beijing with one voice. And if Europe takes the values it espouses in its sometimes sententious speeches even halfway seriously, it must be prepared to pay a price for doing so.