Baghdad: At Least 31 Die Amidst Stampede At Ashura Rituals

The annual pilgrimage marking the death of the Prophet Mohammed's grandson Hussein in battle draws thousands of Shi'ite Muslims to Kerbala. 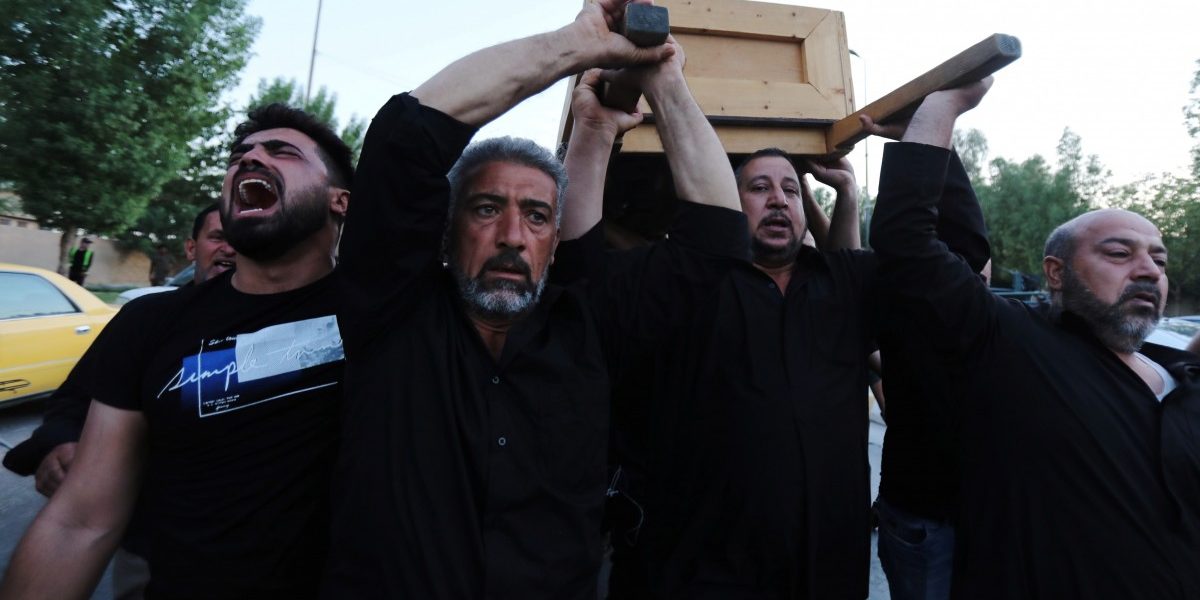 Relatives of one of the victims of a stampede at Shi'ite Muslim religious rituals of Ashura carry a coffin during the funeral in the holy city of Kerbala, Iraq September 10, 2019. Photo: Reuters/Abdullah Dhiaa Al-Deen

Baghdad: At least 31 people died and another 102 were wounded, on Tuesday, during the Shi’ite Muslim religious rituals of Ashura in Iraq’s southern holy city of Kerbala, in what officials at its Imam Hussein shrine described as a stampede.

The death toll released by the Iraqi health ministry was expected to rise, with at least nine people still in critical condition. Thirty people died on-site and one more died in hospital, the health ministry spokesman said. 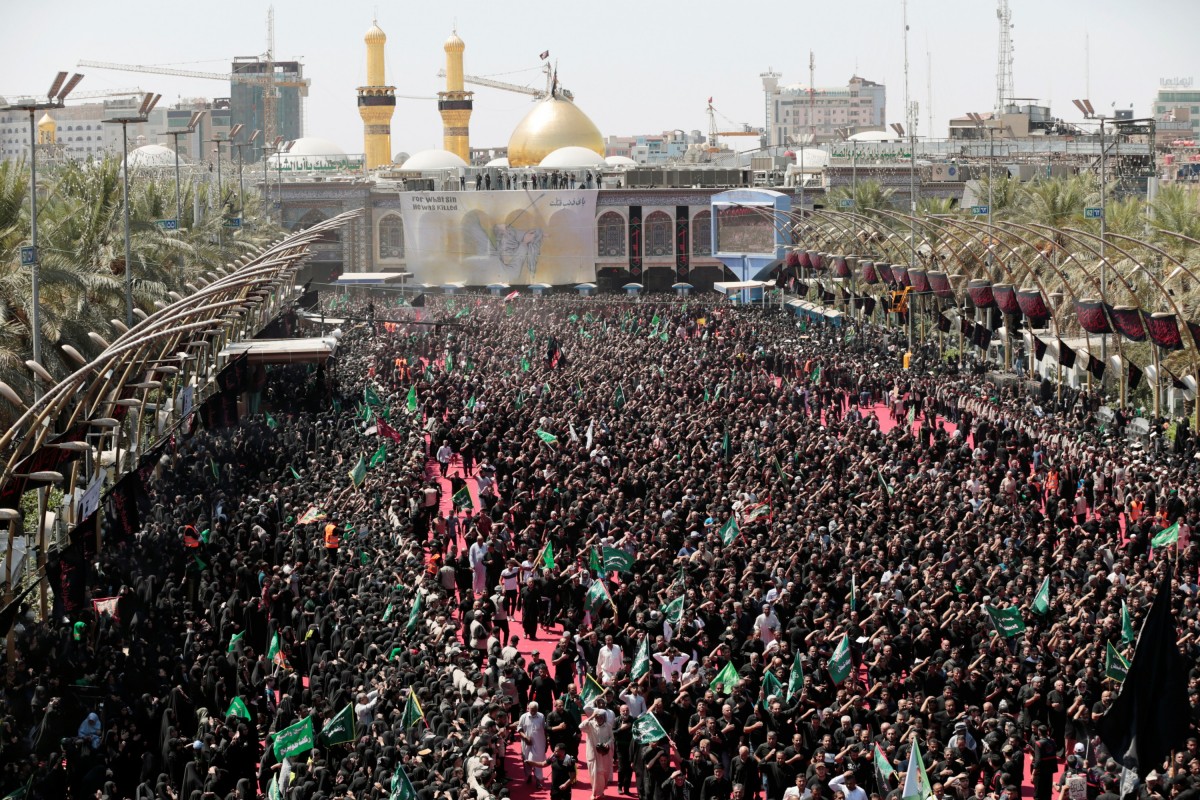 Shi’ite pilgrims gather during the religious festival of Ashura in the holy city of Kerbala, Iraq September 10, 2019. Photo: Reuters/Thaier Al-Sudani

The ministry did not disclose how they had been killed but shrine officials told Reuters the stampede took place towards the end of the procession, when thousands of pilgrims rushed towards the shrine during what is known as the Tuwairij run.

“The pilgrims fell one on top of the other and we were unable to pull them out,” pilgrim Abdel Mahdi told Reuters. Photographs circulating on social media showed dozens of people bloodied and lying across a walkway, while other pilgrims attempted to help.

Prime Minister Adel Abdul Mahdi expressed his condolences to those killed in the stampede, while the health minister visited the wounded in hospital. 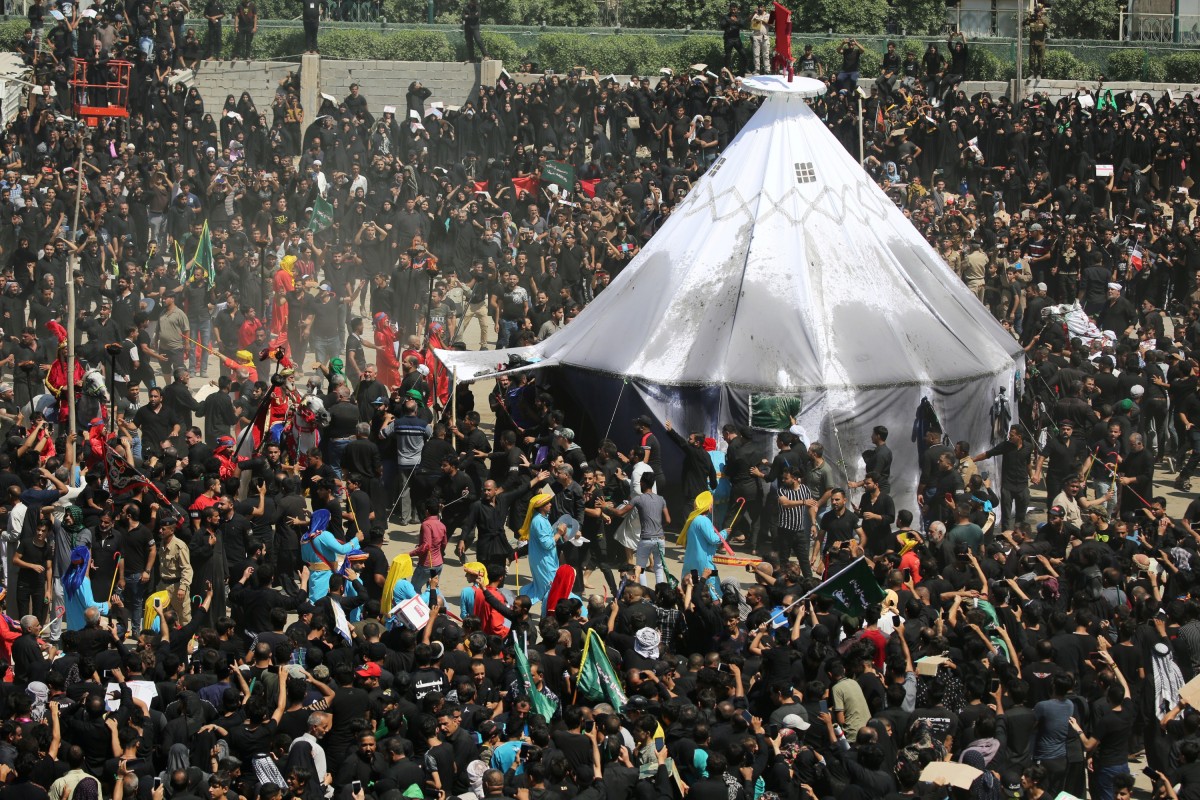 Iraqi Shi’ite Muslims gather around a tent as they re-enact a scene from the 7th century battle of Kerbala during a ceremony marking Ashura in the holy city of Kerbala, Iraq, September 10, 2019. Photo: Reuters/Abdullah Dhiaa Al-Deen

The annual pilgrimage marking the death of the Prophet Mohammed’s grandson Hussein in battle in the year 680 draws hundreds of thousands of Shi’ite Muslims to Kerbala from around the world.

Hussein’s death in a battle at Kerbala over the leadership of the Islamic community is one of the defining events in the schism between Shi’ite and Sunni Muslims.

The rituals commemorating the death of Hussein involve self-flagellation, with crowds of mourners striking themselves and some lacerating their heads with blades. Stampedes have occurred in the past.