Austrian Chancellor Christian Kern on Sunday called for a EU-wide ban on campaign appearances by Turkish politicians to avoid having individual member countries like Germany come under pressure from Ankara. 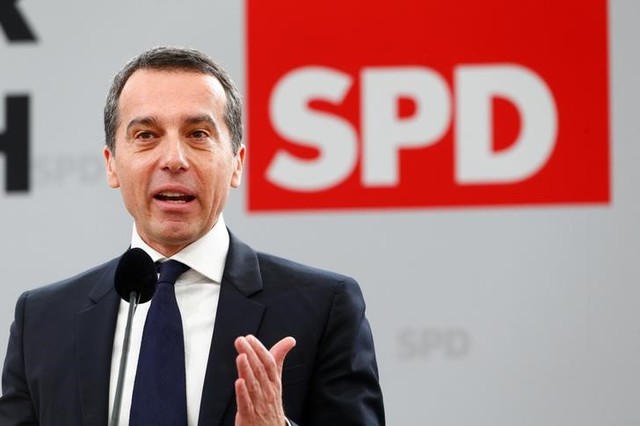 Berlin: Austrian Chancellor Christian Kern on Sunday called for a EU-wide ban on campaign appearances by Turkish politicians to avoid having individual member countries like Germany come under pressure from Ankara.

Turkey said on Saturday it would defy opposition from authorities in Germany and the Netherlands and continue holding rallies in both countries to urge Turks living there to back an April 16 referendum to boost President Tayyip Erdogan’s powers.

Turkish foreign minister Mevlut Cavusoglu criticised German and Dutch restrictions on such gatherings as undemocratic, and said Turkey would press on with them in the run-up to the vote.

Kern, in an interview published in the Welt am Sonntag newspaper, said the measure would weaken the rule of law in Turkey, limit the separation of powers, and violate the values of the EU.

He also called for the EU to end discussions with Turkey about membership in the bloc and scrap or restrict 4.5 billion euros in aid planned for Turkey through 2020.

“We should reorient relations with Turkey without the illusion of EU membership,” Kern told the newspaper.

“Turkey has moved further and further away from Europe in the past few years. Human rights and democratic values are being trampled. Press freedom is a foreign word,” he said.

Kern criticised Ankara’s arrest of German-Turkish journalist Deniz Yucel, a correspondent for Die Welt newspaper, and many other journalists, academics and civil servants, and called for Yucel’s immediate release.

At the same time, he said, Turkey remained an important partner in issues of security, migration and economic cooperation, and said Ankara had lived up to its obligations under the migrant deal struck with the EU.