Australia's second-most populous state, Victoria, locked down nine public housing towers for several days in July due to a surge in coronavirus cases. 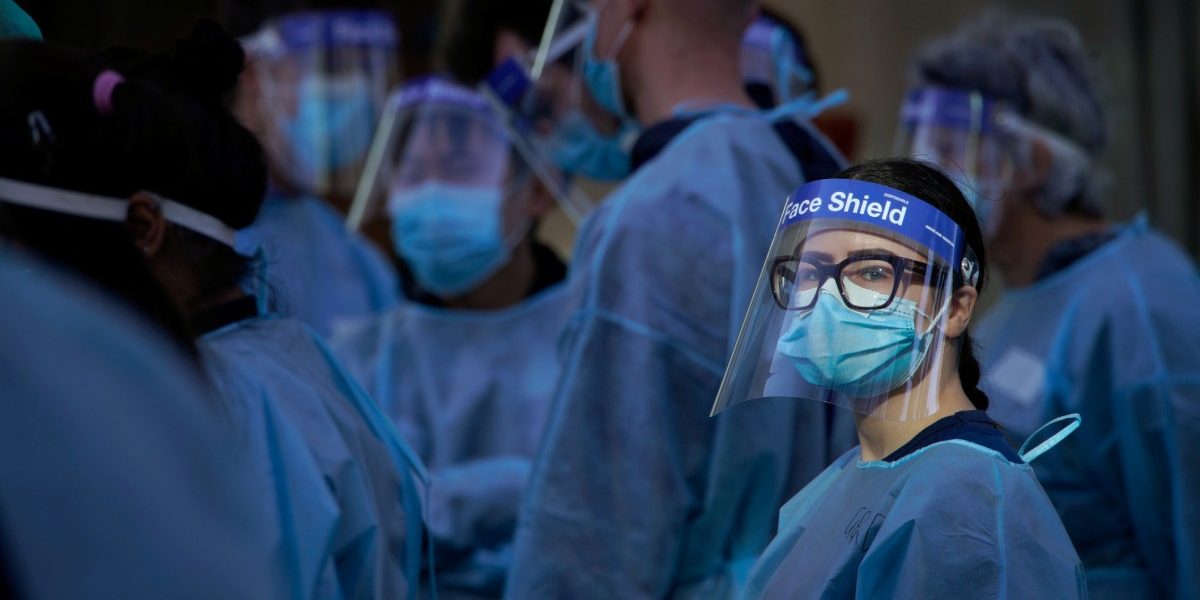 Healthcare workers wait to test residents inside a public housing tower, locked down in response to an outbreak of the coronavirus disease (COVID-19), in Melbourne, Australia, July 8, 2020. Photo: Reuters/Sandra Sanders/Files

Sydney: An Australian state’s decision to lockdown more than 3,000 people in public housing towers to contain a second COVID-19 outbreak was not based on direct health advice and violated human rights, Victoria’s state Ombudsman said in a report.

Australia’s second-most populous state, Victoria, locked down nine public housing towers for several days in July due to a surge in coronavirus cases.

Victoria’s acting chief health officer had only 15 minutes to consider and approve the lockdown, including the potential human rights impacts, said Ombudsman Deborah Glass in her report released on Thursday. “The rushed lockdown was not compatible with the residents’ human rights, including their right to humane treatment when deprived of liberty…the action appeared to be contrary to the law,” she said.

Residents in eight towers were confined in their apartments for five days but the ninth tower, which had the highest number of infections, went through a total lockdown for two weeks. Some were left without food and medicines while many others waited more than a week to be allowed outside, the report said.

It was not immediately clear on Thursday whether the findings would open up any legal remedies for residents to pursue against the government.

Victoria was placed into a statewide lockdown days after authorities shut the towers to contain fresh outbreaks but it has since effectively eliminated the virus due to the lockdown. No new cases have been reported in the state for 48 straight days as of Thursday.