"Protests and dissent have been met with an authoritarian government response and civil liberties have been dramatically curtailed," said David Shoebridge. 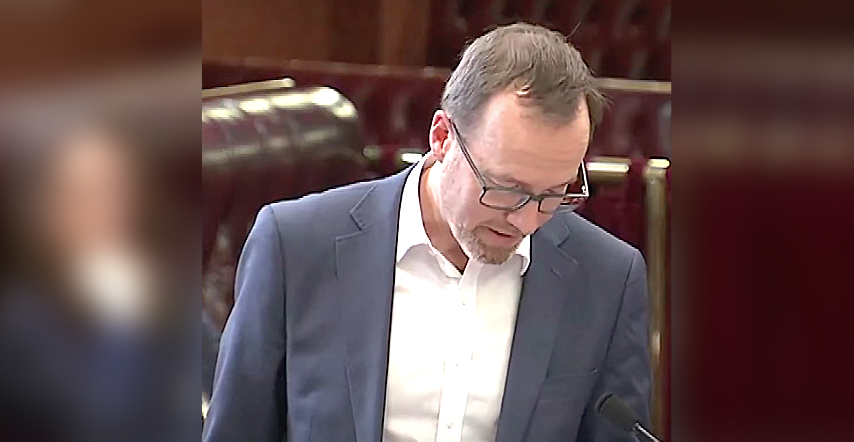 A timestamp on a video of the MP’s speech has it that the motion was tabled on August 27. The New South Wales Legislative Council is the upper house of the state legislature and has 42 members. The NSW parliament is Australia’s oldest.

Shoebridge, whose Twitter account lists “social justice, forests for the future, treaties, sovereignty and climate justice” as areas of action or interest, introduced the topic with a small speech.

The full text of Shoebridge’s speech is below:

“India’s constitution commits it to democracy, equality, secularism asymmetrical federalism, and the protection of freedom of speech.

“But in spite of this, in December 2019, India enacted the Citizenship Amendment Act which discriminates on the grounds of religion and the provision of citizenship.

“The citizenship legislation is a effectively being used to revoke the citizenship of religious minorities and will result in statelessness for many vulnerable, marginalised groups.

“Large numbers of people have been declared to be foreigners left at risk of statelessness by citizenship verification processes of questionable legality and protests and dissent have been met with an authoritarian government response and civil liberties have been dramatically curtailed.”

Not only were protesters subject to police violence during the protests, but intellectuals, activists and students who were active in the anti-CAA protest scenario have been arrested amidst the COVID-19 lockdown, in the aftermath of violence in northeast Delhi.

“This house calls on the Australian government, (a) require an ongoing dialogue as part of its broader engagement with the Modi administration that critically reviews Indian Citizenship Amendment Act, 2019, and (b) they renegotiate trade agreements between Australia and India so that they include a human rights clause,” Shoebridge ultimately said.

This is not the first oversees response to India’s CAA or the arrests in its aftermath.

The Paris-based International Federation for Human Rights (IFHR) has also written to Prime Minister Narendra Modi and home minister Amit Shah terming the detentions of several Indian human rights activists as ‘arbitrary’. The IFHR has raised concerns, saying the activists have been arrested for “their participation in peaceful protests against the Citizenship Amendment Act 2019 (CAA)” in the last few months.