At Stockholm Summit for Modi, 'Nordic Values' Take a Back Seat

It makes business sense for the Nordics to actively woo Modi but the deviation from its ‘feminist foreign policy’ may have domestic political consequences for Sweden. 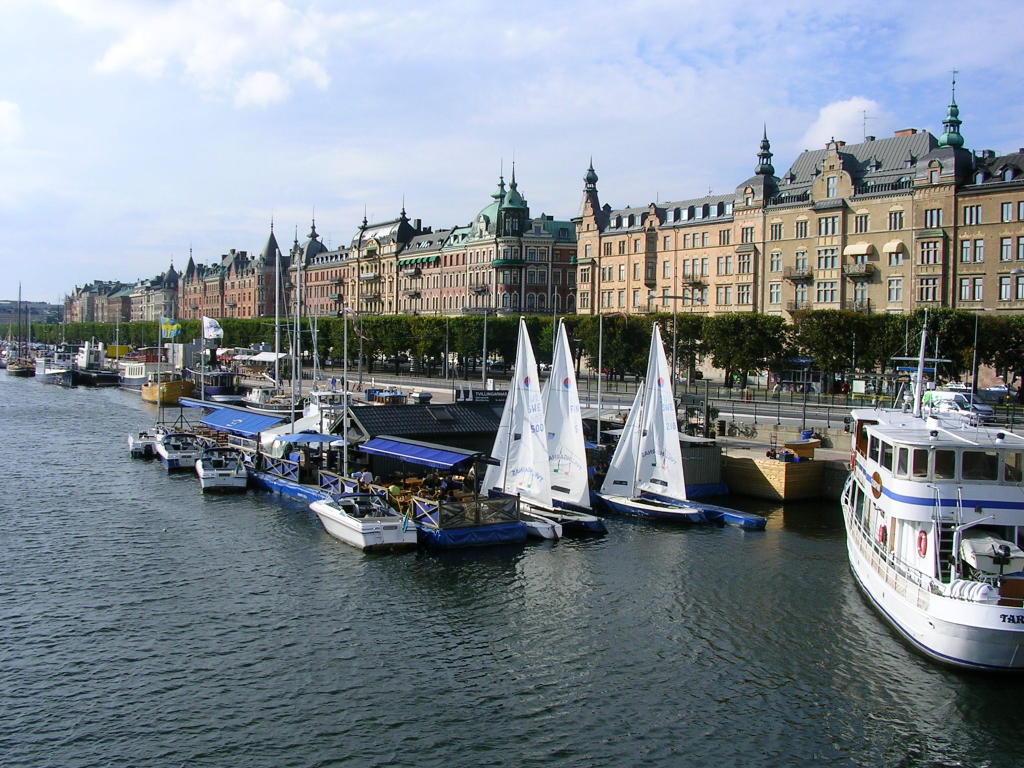 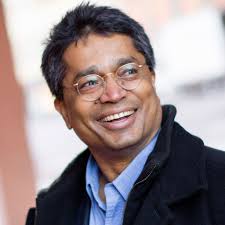 Stockholm: Before reaching London to attend the Commonwealth Heads of the Government Meeting, Prime Minister Narendra Modi will spend two days in Sweden. The reason for Modi’s visit – beginning April 16 – is the first India-Nordic summit which will bring together the prime ministers of Denmark, Finland, Iceland, Norway and Sweden to discuss how to increase trade and investment flows. Annual trade between the Nordic countries and India is only $4.5 billion, compared with $50 billion with China. While Sweden in particular and the Nordic region in general are looking for a new market to export their goods and services, Modi will be looking to attract investment for his ‘Make in India’ campaign.

Mutual economic interest has been the main reason for the increasing bonhomie between India and Sweden in recent years. In June 2015, Pranab Mukherjee was the first Indian president to embark on a state visit to Sweden and the government here did its best to make it a success. In February 2016, Prime Minister Stefan Löfven of Sweden visited India for the ‘Make in India’ industrial fair in Mumbai; in that week-long event, Sweden was given pride of place to showcase its technological strength. The last Indian prime minister to visit Sweden was Indira Gandhi in 1972, to attend the United Nations Conference on the Human Environment in Stockholm. Modi’s visit comes at a time when the news in India is full of reports of protests against the violence and discrimination Dalits, Muslims and women are facing. Credit: Swedish government website

Sweden’s red carpet for Modi represents the triumph of commercial interest over ideology. For almost four years now, Sweden claims to have been pursuing a ‘feminist foreign policy;’ its foreign minister, Margot Wallström, regularly reiterates Sweden’s commitment for minorities and the powerless. Modi’s visit comes at a time when the news in India is full of reports of protests against the violence and discrimination Dalits, Muslims and women have faced. However, Sweden’s Social Democrat-Green coalition government is likely to ignore these – just as Stockholm ignored the European Union’s unofficial ban on contact with Modi when he was chief minister of Gujarat. In 2008, a diplomat from the Swedish embassy in Delhi had travelled to Gandhinagar with a Danish diplomat to meet Modi and promote various business projects in Gujarat.

Now that Modi is prime minister, Sweden is hopeful of leveraging the long-cultivated relationship and is unlikely to allow its ‘feminist foreign policy’ to stand in the way. Swedish exports to India are valued at approximately $1.5 billion a year, mostly in the areas of pharmaceuticals, paper and pulp products, chemicals, engineering products and telecom equipment. Sweden not only wants to sell more of these products to India’s growing market but also hopes to be able to swing a major arms deal. In particular, it hopes to be able sell its Saab Gripen fighter aircraft to India. Saab’s partner in India, should the sale materialise, is the Adani group.

Like Sweden, the other countries of the Nordic region are also hopeful of increasing their exports to India. The expectation is that they will be able to convince Modi to agree to a free trade agreement, which they have been pushing since 2007.

With a combined population of only 27 million, the Nordic region embodies one of the world’s oldest and most comprehensive forms of regional political cooperation, and is branding itself as a group of states unified not just economically but by values. The Nordic countries share a common perspective on the importance of openness, freedom of expression, mutual trust, tolerance, equality, environmental protection, sustainable development, creativity and innovation. Not only does the region take pride in possessing these common ‘Nordic values’, it also endeavours to have these values guide its relations with other countries. As the secretary general of the Nordic council of ministers, Dagfinn Høybråten, writes: “In a seemingly more uncertain world, I think that we should remain true to our Nordic values. Promoting trust, openness, gender equality, socio-economic equality and sustainability will prolong the positive developments from which we have benefited for so many years. I also think that we should take the lead in international forums to help find positive solutions for the future, both in our neighboring countries and globally, because – as Mahatma Gandhi put it – “You must be the change you want to see in the world.” 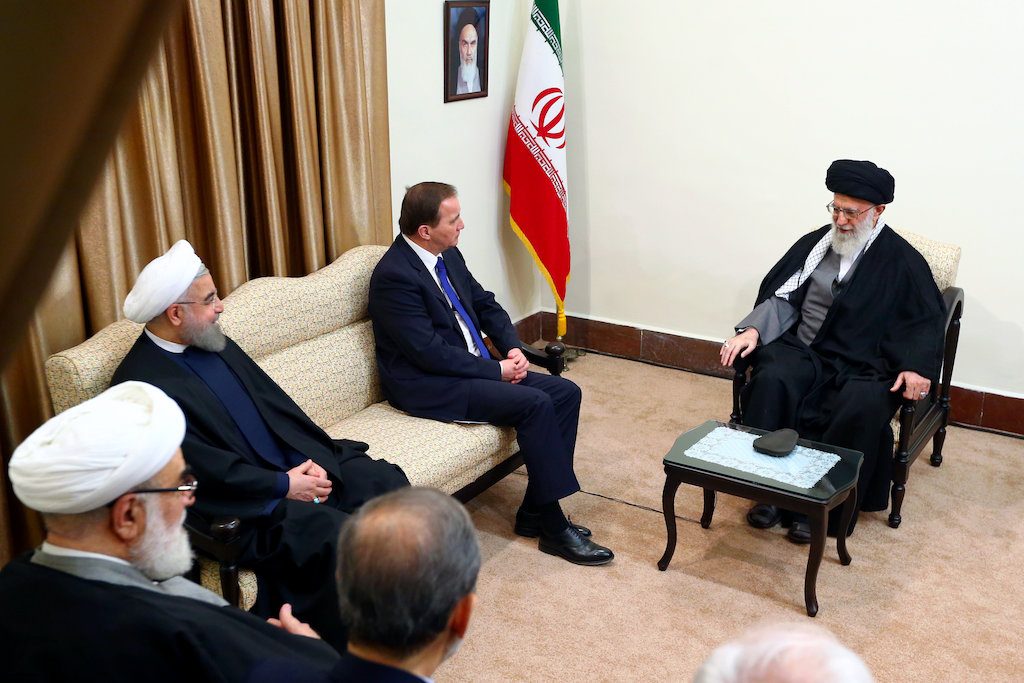 PM Löfven, a social democrat, seen in this file photo with  Iranian Supreme Leader Ali Khamenei, must be hoping the ‘Hindu nationalism’ of his prospective visitor (Modi) does not strengthen the ideological standing of the Swedish right that is fuelling propaganda against Islam and Muslims. Credit: Wikimedia Commons

Even if leaders of the member states of the Nordic Council are aware of the gulf between Gandhi’s sagacious words and the reality behind the Hindutva brand of nationalism, they are unlikely to make an issue of this.

As in other parts of the world, the Nordic intelligentsia is broadly aware of the news of growing intolerance and increased incidents of violence against minorities in India. The Modi government’s attempts to throttle the few existing free voices in the media is also at odds with the state of the media in the five countries. Sweden and some of the Nordic states are donors to NGOs, and the fact that the Modi government is making it difficult for non-profit organisations working on socio-economic equality, human rights and environmental protection is well-known in official circles.

Moreover, there are signs that creativity and innovation are being compromised and India’s commitment to a scientific temper is being slowly abandoned to promote and support religious and cultural dogmas. Environmental protection is being seen by the Bharatiya Janata Party government as an obstacle on the highway to growth. However, the lure of India’s market is so strong that Sweden has not only decided to ignore its ‘feminist foreign policy’, but has also pushed its Nordic partners to be practical.

If Swedish businesses stand to gain economically from deeper relations with India, the presence of a small but growing Indian diaspora in the Nordic region adds a new dimension to the relationship. There are 100,000 Indians living permanently in the Nordic region. Sweden alone hosts nearly 30,000 Indians as permanent residents. In the last decade, India has become a leading country of temporary labour supply to Sweden’s high-tech sectors. Last year, Sweden issued the highest number of residence and work permits to Indians, mostly to computer professionals. While Indians received 9,483 of Sweden’s residence and work permits in 2017, Thais got 2,226 and applicants from China only 1,406.

These new migrants from India to Sweden are pre-dominantly upper caste Hindu youths and many are supportive of Hindutva politics in India. With their arrival in increasing numbers, the Hindu Swayamsevak Sangathan –  the foreign arm of the RSS – and the Overseas Friends of BJP have become quite active in recruiting members in various Hindu temples, which have come up in different parts of the Sweden. Strategists from the Rashtriya Swayamsevak Sangh, BJP and Prime Minister Modi’s office have also been in touch with these temples on a regular basis.

This increasingly mobilised ‘Hindu’ diaspora is not only providing support to Hindutva politics in India and trying to shout down liberal voices in the Indian community in Sweden, it has also started finding a common ground to cooperate with Swedish ultra-nationalists on the basis of a common hatred towards Muslims. Their support for each other is clearly visible at least on social media platforms. The right-wing nationalist Sweden Democrats has grown very fast in recent years – and is likely to do win a vote share greater than the 12.9% it polled in 2014 when the country goes to the polls in September this year. Those Indians in Sweden who are under the sway of Hindutva seem to be following a political trajectory similar to their counterparts in the United States in the 2016 presidential election, when a vocal section came out to support Trump.

It may make business sense for the Swedish government to pull out all the stops in wooing Modi and India.Though the actionable outcomes and benefits are a little fuzzy, this would not be the first time Sweden and the Nordic states have compromised on their Nordic values. But against the backdrop of rising nationalism in his country and in the region – fuelled by propaganda against Islam and Muslims – Löfven must be hoping the ‘Hindu nationalism’ of his visitor does not in any way strengthen the political credibility of the Swedish right.

The writer is professor of Peace and Conflict Research at Uppsala University, Sweden