As US Continues Its Longest War, Taliban Forges Russian Ties

By making itself indispensable for conversations about Afghanistan, Russia can ensure that the US won’t be able to extricate itself from the longest war in its history without its help. 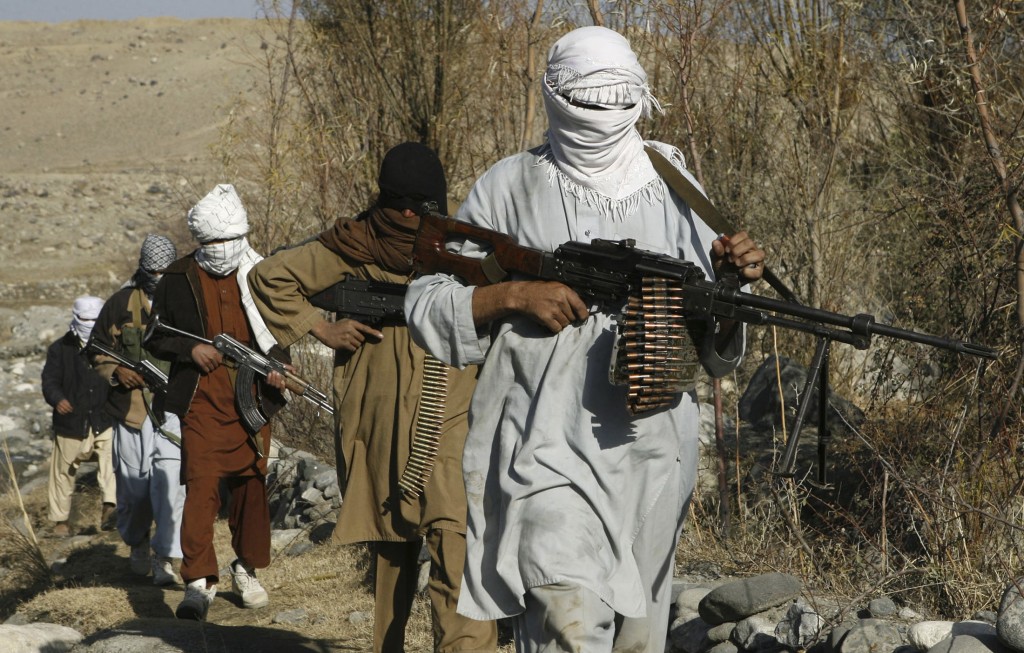 File photo of Taliban fighters posing with guns in an undisclosed location in Afghanistan. Credit: Reuters

The past few months have seen a dramatic and largely unexpected shift in Russia’s policy and public stance in Afghanistan, demonstrative of its clamour for a geo-strategic comeback. In December 2016, Alexander Mantytskiy, the Russian ambassador to Afghanistan, revealed that Moscow was working with the Taliban to combat the presence of ISIS in Afghanistan. Many Afghan government officials as well as US army general Curtis Scaparrotti have made allegations – denied by Zamir Kabulov, the Kremlin’s special envoy in Afghanistan – stating that Russia has been supplying arms and aid to the Taliban.

Beginning with Syria in 2015, Russia has expressed grave concern over the existence and activities of ISIS and sought to justify its involvement in counterterrorism efforts, most recently by exaggerating the extent to which ISIS had established cohorts in Afghanistan – perhaps in an attempt to bolster the legitimacy of its growing ties with the Taliban.

One can’t help but draw parallels with 1979, when the People’s Democratic Party of Afghanistan played up the threat posed to its communist government by the mujahiddin– which it prematurely claimed was backed by the US – in order to coax military support from an increasingly alarmed Soviet Union, which then proceeded to occupy Afghanistan in a decade-long invasion. In response to this, the Reagan administration used CIA resources to arm and train the mujahiddin through the 1980s, reasoning that the enemy of its enemy had the potential to be its friend.

Today, Russia is ostensibly subscribing to the same logic as it institutes channels of cooperation with the Taliban – which, in the first of many ironies, is the spawn of the mujahiddin that precipitated the disastrous end of the Soviet invasion. However, speculation abounds about whether it is truly ISIS that the Afghan Taliban considers enemy number 1, since the group is also openly and vociferously opposed to President Ashraf Ghani’s US-backed government. Russia has to have been cognisant of this, especially in light of the truce called between the two militant outfits in August last year, when both dedicated their resources to fighting US-backed Afghan troops instead of each other. In fact, Taliban leaders have countered the notion that Russian support was aimed at fighting ISIS, with one senior leader saying, “We had a common enemy. We needed support to get rid of the United States and its allies in Afghanistan and Russia wanted all foreign troops to leave Afghanistan as quickly as possible.” Another affirmed, “… when Russia began supporting us, ISIS didn’t exist anywhere in the world. Their sole purpose was to strengthen us against the US and its allies.”

This argument holds some merit. In a statement before the Armed Services Committee, the commander of US forces in Afghanistan, General John Nicholson, argued that “Russia has become more assertive over the past year, overtly lending legitimacy to the Taliban to undermine NATO efforts and bolster belligerents using the false narrative that only the Taliban are fighting ISIL-K (ISIS).” He further argued that the narrative of a formidable Islamic state in the region is propped on shaky legs, given that Afghan ISIS forces, or the ISIL-K, have been well contained by US operations termed ‘Green Sword’ (which killed a third of ISIL-K troops). He also points out that the outfit is largely cut off from the caliphate itself, and is composed primarily of former Tehrik-e Taliban Pakistan, Afghan Taliban and Islamic Movement of Uzbekistan leaders who have managed to seize slices of territory.

The tables have turned

Clearly, Russian intentions behind supporting the Taliban are linked to broader geopolitical concerns – especially its negotiating power with the US. This resurgent Afghan conflict between the US and Russia is not only a callback to the Great Game, but also mirrors the one between the US and the Soviet Union during the Cold War, with one crucial difference: the tables have now turned.

It cannot be denied that Russia is seeking to expand its influence around the globe; Russian president Vladimir Putin’s administration has been pushing aggressive rearmament programmes, armed conflicts (such as the 1999 Chechen war, the 2014 annexation of Crimea, and airpower-fueled military engagement in Syria in 2015 and 2016) and cyber attacks (such as the ones on US political databases in 2016). He has successfully leveraged all these methods to not only secure his domestic influence but also make Russia a key stakeholder in major international discussions.

By making itself indispensable to any conversation surrounding Afghanistan, Russia can ensure that the US won’t be able to extricate itself from the longest war in its history without Russian help. This would give Russia much greater latitude in negotiations with the US or NATO, especially regarding the easing of heavy sanctions imposed upon it in the aftermath of the Crimea annexation. It is also highly likely that Russia is carving out a front-and-centre seat in all conversations regarding Afghanistan’s future stability and preparing to take over the role of political climate regulator, at a time when the US features an administration disinclined to provide unconditional support to allied governments and threats from insurgent and terrorist organisations continue to rise.

Russia also sees its hegemonic status in Central Asia losing ground to South Asia or an insolent China, and is perhaps attempting to counter this. Central Asian countries have rich natural gas reserves and are actively seeking to diversify export portfolios by finding new markets to sell to, especially in South Asia. Since one of the most lucrative export routes goes through Afghanistan, control of this route would allow Russia to interrupt energy-resource flows out of the region and maintain a hold on these resources. Additionally, China has been consolidating economic control over Central Asia – China expert Raffaello Pantucci writes that “[Central Asian] markets are full of Chinese products, infrastructure is heavily built by Chinese firms with Chinese loans, leadership visits – either Chinese to the region or regional to China– are followed by announcements of massive deals being signed, and increasingly China is playing a more prominent role in regional security questions.” A growth in Russian military presence in the region will help Moscow counter the effects of Chinese economic dominance, especially by making Central Asia more dependent on Russia in regional security matters.

However, it is imperative that Moscow remember that the outcome of any engagement with groups such as the Taliban is notoriously difficult to predict. While such association may prove fruitful in the short term – perhaps by eradicating all hope of US reconciliation with the Taliban, making US disengagement from the region far more complicated an endeavour or leveraging the possibility of these two outcomes to get what it wants in other arenas – Russia would do well to learn from the mistakes of the US in the 1980s. Russia should realise that in the long-term, such an arrangement could worsen the already high-octane terrorism landscape and create a hydra that will grow increasingly invincible with each misguided effort to end it, making comprehensive control of the region next to impossible.

Tanya Rohatgi is a student of international relations at Ashoka University, and a former intern at Carnegie India and The Wire.