Deniz Yucel, who holds both German and Turkish citizenship, was arrested on Monday on charges of propaganda in support of a terrorist organisation and inciting public violence 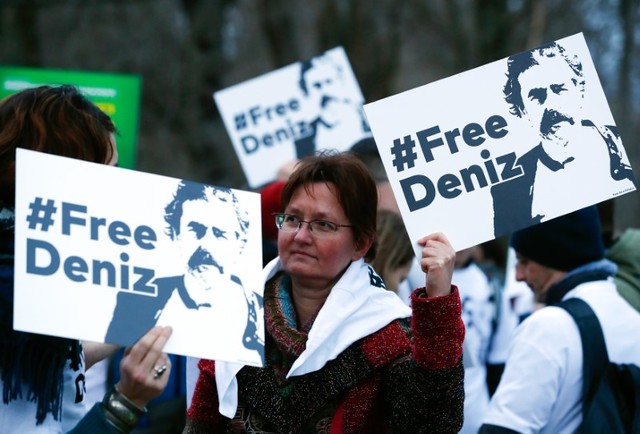 Berlin: A German-Turkish journalist whose arrest in Turkey has jolted relations between Ankara and Berlin was quoted on Wednesday as saying the conditions of his detention had improved markedly since his transfer to prison from a police cell.

Deniz Yucel, who holds both German and Turkish citizenship, was arrested on Monday on charges of propaganda in support of a terrorist organisation and inciting public violence, after first being detained on February 14.

Yucel, who faces up to 10-1/2 years in jail if convicted, denies the charges.

In a handwritten note to friends and supporters published by his newspaper Die Welt, Deniz said: “It may sound strange, but I feel as though I’ve won back a little bit of my freedom: Daylight! Fresh air! Real food! Tea and Nescafe! Smoking! Newspapers! A real bed!”

His arrest provoked sharp rebukes from German Chancellor Angela Merkel and foreign minister Sigmar Gabriel, who told reporters that German-Turkish relations were facing one of their greatest challenges of recent times.

Merkel told members of her Christian Democratic Union at a rally in northern Germany that her government would “do everything in its power” to secure Yucel’s release. Independent journalism is a basic pillar of democracy that can “never be questioned, even when it is uncomfortable,” she said.

Yucel is the first German journalist held in a widespread crackdown in Turkey following a failed coup last July that has often targeted the media.

“Even though they have stolen my freedom, the investigation and the court opinions continue to make me laugh,” he wrote.

Yucel wrote his note when his lawyers visited him in Istanbul’s Metris prison. He has since been moved to Silivri prison, which has similar conditions, Die Welt said.

The German government is demanding Yucel’s swift release and wants consular access to him and five other German citizens detained in Germany since the failed July 15 coup, government spokesman Steffen Seibert said.

Separately on Wednesday the German foreign ministry confirmed that Turkish justice minister Bekir Bozdag would speak at an event in Germany on Thursday. This could provide an opportunity for direct talks on Yucel’s fate.

Turkish economy minister Nihat Zeybecki will also visit Germany, the Rheinische Post newspaper reported, citing the Turkish consulate in Essen, to address Erdogan supporters on Sunday. A spokeswoman for the consulate could not immediately confirm the report.