Israeli archaeologists announced that they had uncovered a 5,000-year-old city north of Tel Aviv. 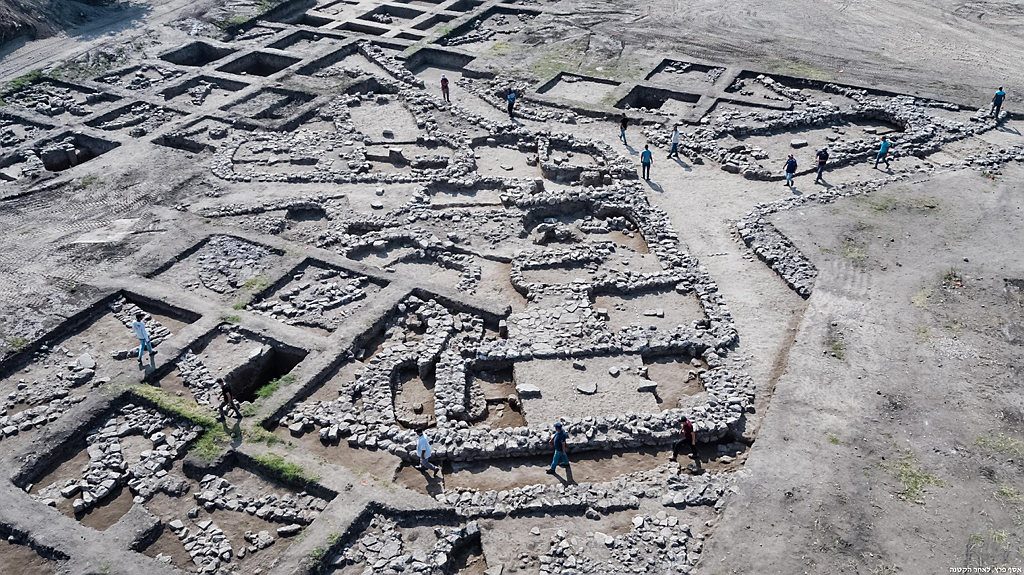 Archaeologists in Israel announced Sunday that they had uncovered a 5,000-year-old city north of Tel Aviv.

It is the largest Bronze Age urban area found in the region to date and could fundamentally change ideas of when sophisticated urbanisation began taking place in the area, they said.

Israel’s Antiquities Authority said in a Facebook post that the city was discovered at the En Esur excavation site during road works near Harish, a town some 50 kilometres (30 miles) north of Tel Aviv.

The archaeologists described the city as “cosmopolitan and planned.” It covered 65 hectares (160 acres) and was home to about some 6,000 people, they added, which would have been a significant size for the era.

This is the “New York of the early Bronze Age,” the authority’s statement read.

Residential and public areas, streets and allies, and fortifications were all uncovered at the excavation site. Other discoveries included an unusual ritual temple and burnt animal bones likely used for sacrificial offerings, as well as pieces of statues, pottery and tools.

The archaeologists said the city’s inhabitants likely lived from agriculture and trade with other regions and kingdoms.

Older ruins dating back 7,000 years were also found under the Bronze-Age city.

According to researchers, the sophistication of the 5,000-year-old ruins points to purposeful urban planning. A city of this size would not have been possible without “a leading hand and an administrative mechanism,” they said, according to the Catholic news service KNA.

The find could provide new insight into when rural populations began to gather in urban settings in the Southern Levant area, today the location of Israel, the Palestinian territories, Jordan and parts of Syria.

During the region’s early Bronze Age, which lasted from roughly 3,200 B.C. to 1,200 B.C., low-density villages in rural settings were thought to have been the predominant social living unit.