Qatar does not officially recognise Israel, setting Palestinian statehood as a condition for that 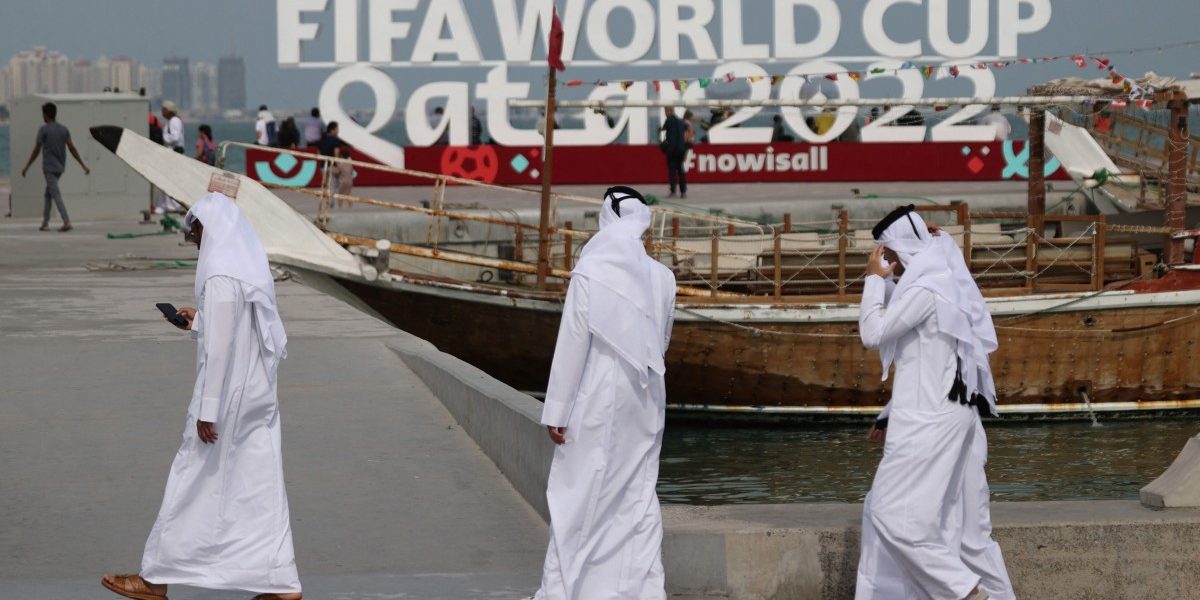 General view of fans ahead of the FIFA World Cup 2022 in Qatar. REUTERS/Ibraheem Al Omari.

Israeli officials have voiced hope that the US-brokered Abraham Accords reached with the United Arab Emirates and Bahrain in 2020, and later Sudan and Morocco, would spur further normalisation, including with Arab heavyweight Saudi Arabia.

A Channel 13 reporter said Palestinian fans held an impromptu protest next to him, waving their and flags and chanting “go home”.

Qatar does not officially recognise Israel, setting Palestinian statehood as a condition for that. But it has allowed direct flights from Tel Aviv for the World Cup as well as a delegation of Israeli diplomats to handle logistics.

The delegation spokesperson said there had been no reports of ill-treatment of the estimated 10,000 to 20,000 Israeli fans. But he acknowledged “a few incidents” involving Israeli media.

Saudi national Khaled al-Omri, who works in the oil industry and was in Qatar to support his home team, told Reuters he hoped the Tel Aviv-Doha flight route would not become permanent.

“Sure, most countries in the Arab world are heading towards normalisation – but that’s because most of them don’t have rulers who listen to their people,” he said.

Like Doha, Riyadh rules out normalisation for now. But since 2020 it has allowed Israeli airlines to overfly Saudi territory.

Aseel Sharayah, a 27-year-old Jordanian at the tournament, said he would have also refused to talk to Israeli journalists, though Amman signed a peace deal with Israel in 1994.

“If I did see any of them, there’d be absolutely no time of interaction,” said Sharayah, who works for the European-Jordanian Committee in Amman. “Their policies are closing the door on any opportunity for more ties between the countries.”