Army Chief Should Take Algeria on Path Toward Democracy

The country is witnessing a standoff between the army chief and civil society, the latter insisting on a new order. 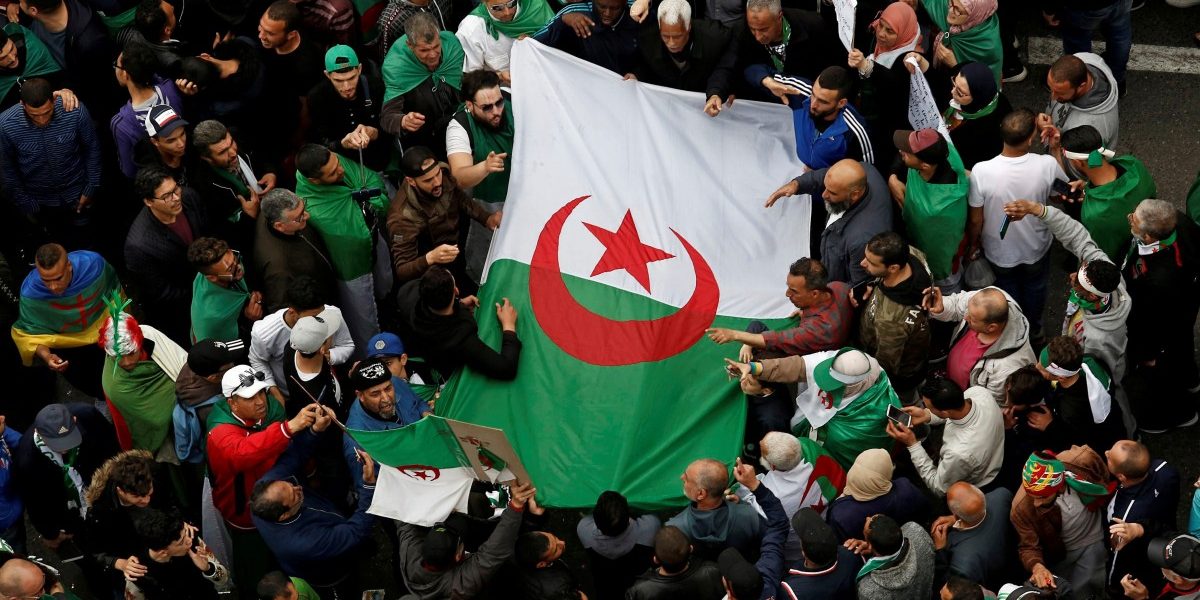 Over the last three months, demands for wide-ranging political and economic reform have brought hundreds of thousands of Algerians on to the streets across the country.

Algeria did not experience any of the public demonstrations that swept many parts of the Arab world in 2011 during the so-called “Arab Spring.” This changed in mid-February, when popular agitations hit the streets following 82-year-old President Abdelaziz Bouteflika’s announcement that he would seek a fifth term of office.

The president came to power in 1999, but suffered a stroke in 2013 that left him largely incapacitated. The country has since been ruled by a shadowy cabal of family members, military and security personnel and businessmen, led by his brother, Said Bouteflika. Under popular pressure and the steady erosion of his support bases, Bouteflika resigned on April 2.

However, the exit of the president has done little to stem the tide of protest. Algerians are demanding the removal of all bastions of the old order, which has been synonymous with nepotism and corruption for several decades, and the advent of a new generation of untainted leaders.

Economic malaise is the principal source of popular anger. About three-quarters of the country is aged below 30 and unemployment in this group is above 25%. The country is sustained by its large hydrocarbon sector, but this has created a crony capitalist economy that has enriched the family members and associates of the president. As oil prices have fallen over the last four years, the economic scenario has become even more parlous.

The country’s leaders have generally seemed clueless before this relentless popular demand for change. After the president’s resignation, the head of the upper house of Algeria’s Parliament, 77-year old Abdelkader Bensalah, has become the interim head of state and has called elections for July 4. But, with Bensalah having been Bouteflika’s long-time associate, the popular chorus is for him and all his associates to leave, particularly the “three Bs” – Bensalah, Prime Minister Noureddine Bedoui, and the head of the constitutional court, Tayeb Belaiz, who would become president if Bensalah were to step down.

Against this background, the country’s army chief, General Ahmed Gaid Salah, has come to assume a central position in the fast-moving events. In late March, after initially warning of anarchy and civil conflict, the general changed his tune and praised the “noble aims and pure intentions” of the demonstrators. He then successfully demanded that the president step down, perhaps sensing that Algeria’s soldiers, most of whom are conscripts from across the country, have considerable affinity with the agitators and could be reluctant to use force to quell the demonstrations.

The general has also attempted to appease the demonstrators by publicly criticizing the associates of the former president as a “gang of thieves.” In late April, 12 of Algeria’s top businessmen were arrested, while the head of the national oil company, Sonatrach, was dismissed, and former Prime Minister Ahmed Ouyahia and current Finance Minister Mohammed Loukal were detained.

In early May, the purge was completed with the arrests of Said Bouteflika and former intelligence chiefs Bachir Tartag and Mohammed Mediene, who were charged with “harming the army’s authority and plotting against state authority.” Mediene is notorious as the “butcher of Algiers.” He was intelligence chief from 1990 until his removal by Bouteflika in 2015 and played a major role against the Islamists in the civil war of the 1990s, in which more than 100,000 people were killed.

These arrests of associates of the former regime have consolidated the army chief’s authority and affirmed the priority he attaches to steering the country to elections. These will obviously take place within the framework of the existing political order, ignoring demands for sweeping changes from Algeria’s streets.

Thus, Algeria is now witnessing a clear standoff between the army chief who sees a central role for the armed forces in shaping national politics, as it has done since the country’s independence in 1962, and the activists of the country’s civil society who insist on a new order. The demonstrations show no sign of reduced fervor, while General Salah remains committed to the July 4 elections.

The general faces a real dilemma: Should he assert the supreme place of the armed forces in the national order or accept the genuine spirit of the constitutional provision that sovereignty lies in the will of the people? In short, is he likely to reinstate authoritarian rule or, in an extraordinary initiative, without precedent in the region, accept the need for a democratic order in Algeria?

The three-month-long agitations in Algeria have demonstrated extraordinary stamina, zeal and commitment on the part of the people, with no expressions of violence, petty factionalism, diverse ideological or political interests or regional differences. Women have also played a major role in driving popular street power.

These factors should encourage General Salah to accept the logic of a democratic order for his beleaguered people.

Talmiz Ahmad is an author and former Indian ambassador to Saudi Arabia, Oman and the UAE. He holds the Ram Sathe Chair for International Studies, Symbiosis International University, Pune, India.

This article was originally published on Arab News.