President-elect Alberto Fernandez knows that he must toe the central line carefully.

In the Argentine elections held yesterday, the Left defeated the Right. Alberto Fernandez, a moderate and pragmatic Leftist of the Peronist party, is the new president. He believes in dialogue and negotiated solutions, and stands in contrast to his vice-president-elect Cristina Fernández de Kirchner, who is ideologically rigid, polarising and confrontational. But Alberto does not have a charisma of his own and he could not have won without the support of the hardcore Peronists. So he knows that he must toe the central line carefully.

Former President Cristina, in her new avatar as the vice-president, will enjoy congressional immunity from the many corruption prosecutions underway against her. While her charismatic Evita-like ego needs to be massaged by Alberto, she is conscious of the fact that she would not have been able to win the election on her own. She was the culprit who ruined the economy in her second term, for which Peronism was defeated in 2015.

It is not a landslide win for Peronism. Macri managed to get 40% votes against Alberto’s 48%. Macri’s party has also won and retained the mayorship of the city of Buenos Aires. Macri himself was a mayor for two terms and the city has been under the administration of Macri’s party continuously since 2007.

Also read: The US Has Again Put Latin America’s Sovereignty Under Threat

Argentina will need all the skills of Alberto to face the massive challenges of the $57 billion IMF debt, high inflation, interest rates and currency depreciation, besides poverty and other basic developmental issues. In the coming months and years, Argentina will have to go through some acute pain.

The internal pain will be made more severe by the Washington-Wall Street financial mafia and the vulture funds who will try to take their pound of flesh and bleed Argentina. Alberto will need the courage and craziness of his former boss Nestor Kirchner, who restructured the debt successfully on his own with his unbelievable offer of 30 cents to a dollar. Having been involved in Kirchner’s extraordinary manoeuvres as his chief of staff in 2002, Alberto knows very well the challenges and the tricks.

The election result is definitely not surprising. Macri knew what was coming in the last one year when poverty and inflation had increased in his term and the economy was moving inexorably towards a crisis. While he was unable to stop them, this was not his personal fault. He is sensible and reasonable. It is a systemic flaw. He followed neoliberalism but the free market had no solutions for poverty and underdevelopment. 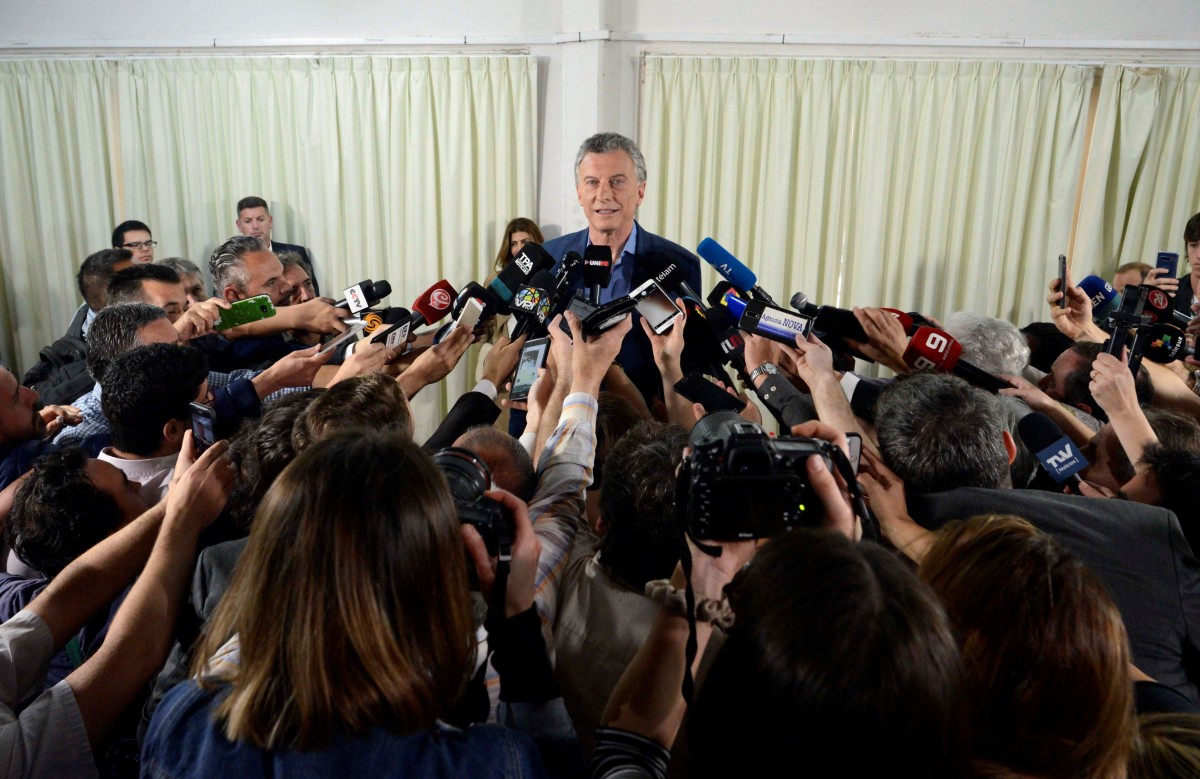 Argentina’s President Mauricio Macri, who is running for reelection, talks to the media after casting his vote at a polling station in Buenos Aires, Argentina October 27, 2019. Photo: Reuters/Magali Druscovich

Macri’s fellow neoliberal, President Pinera of Chile, has been humbled by protests last week. Pinera also sought forgiveness from those neglected by his free-market policies.

It’s a pity that Latin American neoliberalists have forgotten the lesson of the 1980s, when the Washington Consensus resulted in an increase in poverty and inequality and the “Lost Decade” for the region.

A Leftist coalition candidate has won the maximum number of votes in the presidential elections held yesterday in Uruguay. It is a reward for the moderate and pragmatic policies of the Left which has been in power continuously in the last two decades.

In Bogota, centre-Leftist and openly gay woman Claudia Lopez was elected as the mayor in the elections held recently.

It is important to note that the Left has also made mistakes and lost power to the Right in the previous elections in Brazil, Chile and Peru. Chavez and Maduro have wreaked economic ruin on Venezuela in the guise of socialism. Daniel Ortega has perverted democracy in Nicaragua and Evo Morales has created uncertainty for Bolivia.

Socialism is not an absolute cure either. It inhibits the creation of wealth and jobs by the private sector. The leftists also need moderation and balance. They need to be flexible and have to adapt themselves to the reality in each country.

The victory of the Argentine Left is a challenge to President Bolsonaro who has made no secret of his dislike for Peronists. He had made strong statements against them during his visit to Argentina and had even hinted about a possible withdrawal from Mercosur if the Peronists came to power.

Alberto Fernandez, on the other hand, greeted former Brazilian President Lula on his birthday yesterday and mentioned that his extraordinary friend had been unjustly put in prison and called for Lula’s release. This is a red rag to the Bolsonaro bull. Fernandez had earlier called Bolsonaro a racist, misogynist and a violent person who favours torture.

However, Fernandez needs to be cautious with Brazil which is the most important trade partner for Argentina. Trade with Brazil is more than the combined trade with China and Brazil. The Argentine industry and economy are deeply integrated with those of Brazil in the framework of Mercosur.

Also read: ‘The Edge of Democracy’ Takes a Hard Look at Brazil’s Political Past

The election results of Argentina, Uruguay and Bogota have provided a morale boost for the region’s Left and especially to Presidents Maduro and Morales who remain isolated. In the next elections in Brazil and Chile, the Left has a chance of coming back to power. Mexico has already elected the Leftist Lopez Obrador as President in 2018.

The right-wing pundits, who had previously written obituaries of the Left and cheered on the return of the Right, would now have to reexamine the reality of Latin American politics which needs centrist solutions. Developing countries including those in Latin America need a balanced mix of pro-poor and business-friendly policies as practised by Lula, called Lulaism or the Brasilia Consensus.