"Justice has been delivered," Joe Biden said after confirming earlier reports that al-Zawahiri was killed. "This terrorist leader is no more." Osama bin Laden sits with his adviser Ayman al-Zawahiri, an Egyptian linked to the al Qaeda network, during an interview with Pakistani journalist Hamid Mir (not pictured) in an image supplied by Dawn newspaper November 10, 2001. Photo: Hamid Mir/Editor/Ausaf Newspaper for Daily Dawn/Handout via Reuters

Al-Qaeda’s top leader Ayman al-Zawahiri was killed in a drone strike in Afghanistan, US President Joe Biden said on Monday.

Al-Zawahiri, 71, had led al-Qaida since the militant group’s founder Osama bin Laden was killed in a US operation in Pakistan in 2011.

“Justice has been delivered,” Biden said after confirming earlier reports that al-Zawahiri was killed. “This terrorist leader is no more.”

Biden said that he hoped al-Zawahiri’s killing brings “one more measure of closure” to families of the victims of the September 11, 2001 attacks.

What do we know about the US operation?

The US carried out the strike over the weekend, but delayed releasing the information until his death could be confirmed, officials said earlier on Monday.

Biden confirmed that the counterterrorism operation was “successful” and that “there were no civilian casualties.”

He said he approved the operation last week and it was carried out on Saturday.

According to the US president, al-Zawahiri had moved to Kabul to reunite with his immediate family. “None of his family members were hurt,” Biden said.

“No matter where you hide, the United States will find you and take you out,” he added.

Senior officials say that the US’s exit from Afghanistan last year gave al-Qaeda an opportunity to rebuild in Afghanistan, with little pushback from the country’s new leadership — the Taliban.

Speaking from Washington, DW correspondent Sumi Somaskanda noted that while the latest news is being celebrated, it also falls under the shadow of last year’s chaotic troop withdrawal.

“It’s interesting that this is being seen as a significant counterterrorism operation just 11 months after American troops left the country,” Somaskanda said.

“What it tells us is that the US might have pulled out of Afghanistan a year ago, but that it is still very closely watching security developments on the ground there,” she added.

The Associated Press news agency earlier quoted a US intelligence official as saying that the house where al-Zawahri was during the strike was owned by a top aide to senior Taliban leader Sirajuddin Haqqani.

The latest strike is likely to complicate Washington’s already strained relations with the Taliban.

What did Afghan officials say?

Over the weekend, the Taliban’s Interior Ministry initially denied reports of a drone strike in Kabul.

But Taliban spokesman Zabihullah Mujahid said early Tuesday that an “aerial attack” was carried out by US drones on a residence in the Sherpur area of the capital.

In a statement, the Taliban government condemned the US strike, saying it constituted “a clear violation of international principles and the Doha Agreement,” the 2020 deal that led to the US withdrawal from Afghanistan.

“Such actions are a repetition of the failed experiences of the past 20 years and are against the interests of the United States of America, Afghanistan, and the region,” the statement said. 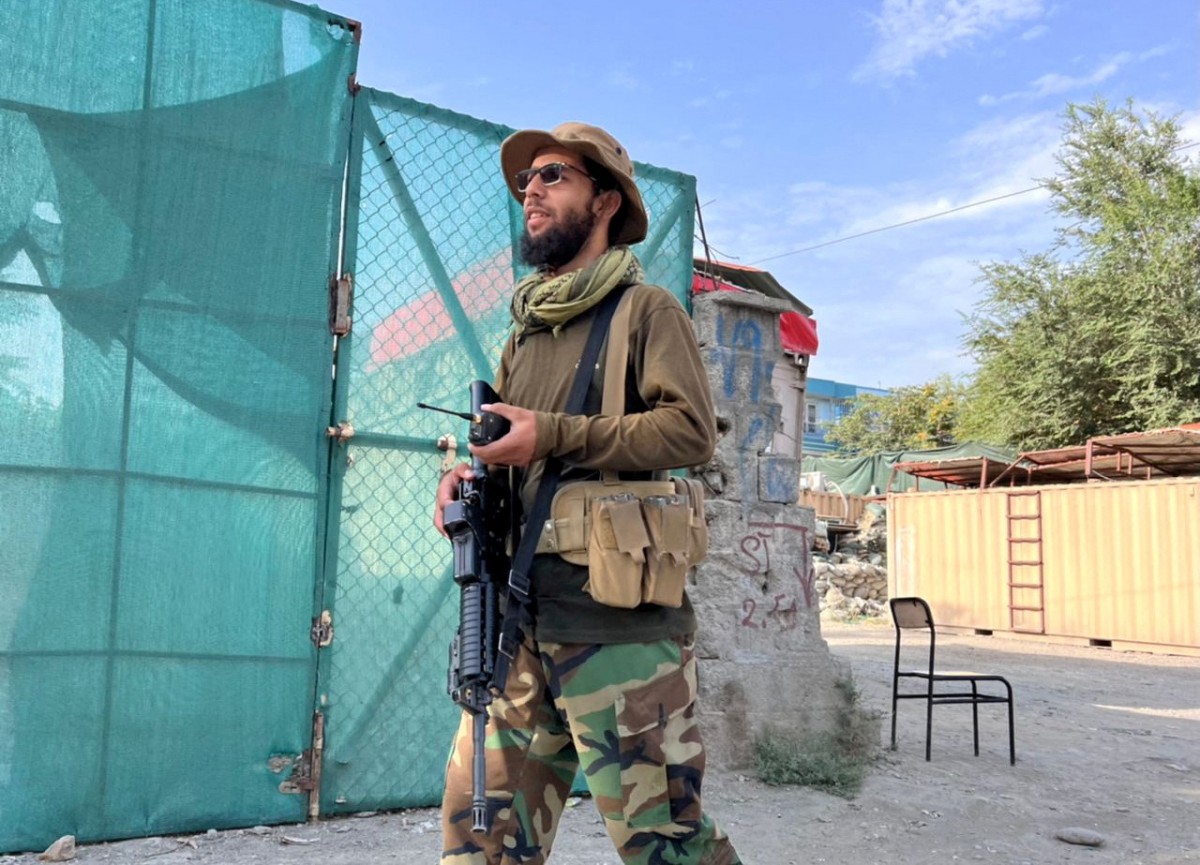 A Taliban fighter stands guard near the site where Al Qaeda leader Ayman al-Zawahiri was killed in a U.S. strike over the weekend, in Kabul, Afghanistan, August 2, 2022. Photo: Reuters/Stringer

Who was Ayman al-Zawahiri?

The Egyptian surgeon was identified as one of the masterminds of the September 11, 2001 attacks on the US that killed nearly 3,000 people.

The al-Qaeda chief was born in 1951 to a prominent upper-class family in Cairo.

As a teenager, he joined the banned Islamist group Muslim Brotherhood.

He was among hundreds arrested and accused of involvement in the assassination of Egyptian President Anwar Sadat in 1981.

Although he was cleared of the charge, he spent three years in an Egyptian prison on charges of weapons possession — an experience that is said to have further radicalised him.

He traveled to Afghanistan after his release, where he got to know bin Laden and participated in the battle against Soviet troops.

Al-Zawahiri, a medical doctor, is believed to have forged a strong bond with bin Laden in the late 1980s when he treated him in the caves of Afghanistan amid Soviet bombardment.

He rose to become second-in-command of al-Qaeda in 1998.

Since the killing of bin Laden by US forces in 2011, al-Zawahiri topped the list of most-wanted fugitives by the FBI, with a $25 million (€24.3 million) bounty on his head.