After a Week of Violent Protests, Peru's New President Sworn in

Sagasti is Peru's fourth president in less than three years, after the departures of Vizcarra and Merino, and the resignation of Pedro Pablo Kuczynski in 2018. 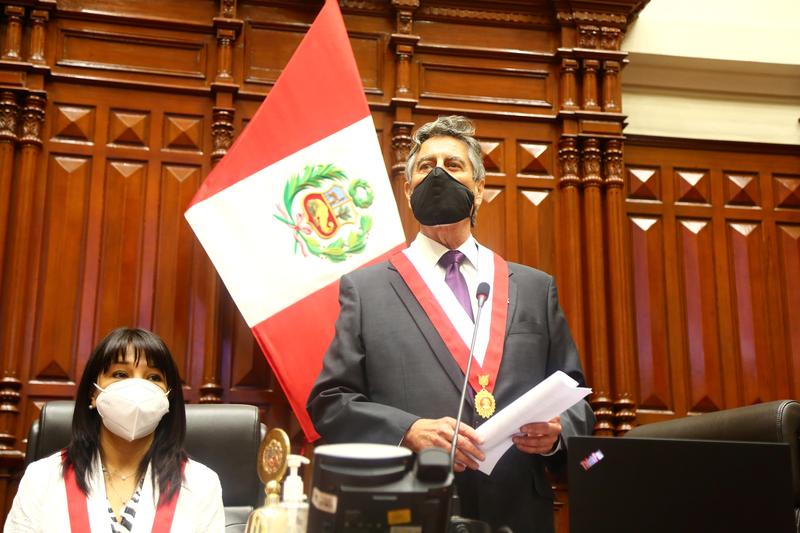 Lima: Peruvian lawmaker Francisco Sagasti was sworn in as interim president on Tuesday, voted for by Congress in an effort to return stability to a country that has seen deadly protests and the departure of two presidents over the last week.

Sagasti, a legislator from the centrist Purple Party, is expected to serve out his term until July next year, with a new presidential election scheduled for April 11, 2021.

The Andean nation has been shaken since the abrupt ouster in an impeachment trial of popular leader Martin Vizcarra on November 9, 2020. The removal of Vizcarra, whose anti-graft agenda had caused tensions with Congress, triggered often violent protests in which two young people died.

“It is absolutely necessary to remain calm, but do not confuse this with passivity, conformity, or resignation,” Sagasti said in an address to Congress after his swearing-in.

Sagasti’s appointment has indeed appeared to calm tensions, though a deep mistrust of the country’s politicians remains. On Monday night, hundreds of people marched in the capital Lima, with calls for a new constitution and “justice for the fallen.”

“I think that Sagasti is someone that gives democratic guarantees, who can get a transition towards a new government that will be okay,” said one protester, Paloma Carpio.

“Quite frankly, it’s the same rubbish. The mask has changed but everything is all the same,” he said.

Sagasti, 76, an engineer and former World Bank official, has yet to name his cabinet but has said he is open to including ministers from Vizcarra’s government, which could open the door to the return of star economy minister, María Antonieta Alva.

“If they are people with experience, integrity and the desire to work, I think we would do wrong to leave them aside,” Sagasti told local television station Canal N. Sagasti is Peru’s fourth president in less than three years, after the departures of Vizcarra and Merino, and the resignation of Pedro Pablo Kuczynski in 2018 on allegations of corruption.

Peru’s sol currency reacted positively to the news, rising around 1.75% on Tuesday, its biggest daily rise in seven months. The country’s sovereign bonds also edged up.

Peru, the world’s no. 2 producers of copper, has been hit hard this year with one of the world’s deadliest per capita outbreaks of COVID-19 and is expected to post its worst annual economic contraction in a century.