African Governments Versus Social Media: Why the Uneasy Relationship?

This is election year for several African countries and there's a need to ensure social media isn't used to incite violence. But can governments be prevented from restricting citizens’ rights? 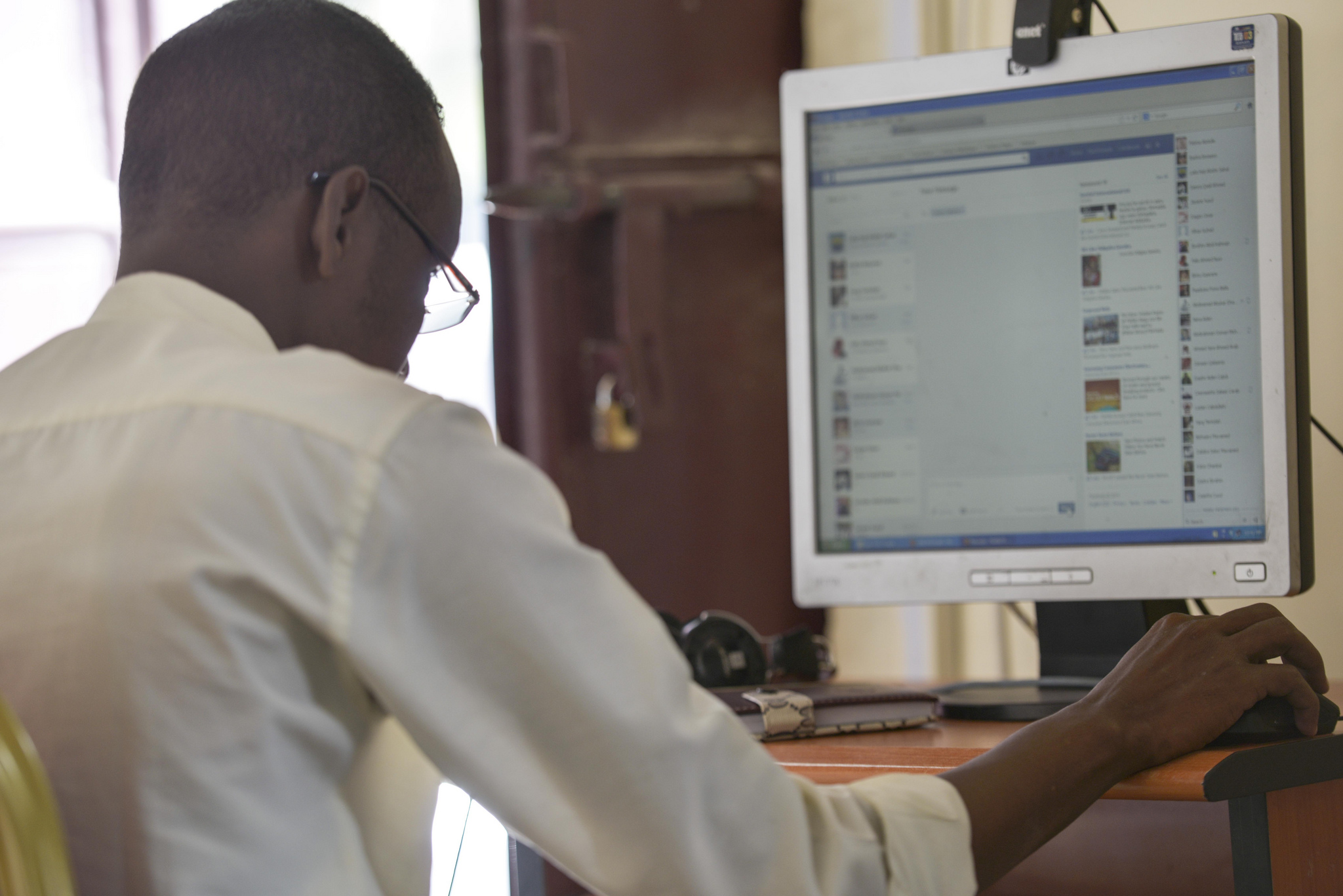 File photo from 2014 of a Mogadishu resident at a cyber cafe. Alshabab made a declaration banning the use of 3G internet use on mobile devices. The ban instilled fear in mobile phone users in Mogadishu where internet use was growing at a rapid rate. Credit: AU UN IST photo David Mutua/Flickr, Public Domain

Many Kenyan social media users are worried that the government will shut down the internet during August’s general election. Kenya’s Communications Authority has attempted to reassure voters that this is unlikely. However, fears that internet freedoms could be at risk are not unfounded.

The list of African countries that have blocked access to social media during elections and other politically sensitive periods is growing.

Countries like Ethiopia, Madagascar and Tanzania, have introduced cybercrime legislation that threatens freedom of expression.

Elsewhere, social media users, including journalists, have been prosecuted under existing legislation for content they have shared online.

Such actions are often justified in terms of preserving peace and security because social media does offer a potential platform for the dissemination of hate speech and incitement to violence.

This is particularly problematic in contexts where political candidates draw on ethnic or religious differences to mobilise support. The role played by incendiary text messages in the violence around Kenya’s 2007 elections, for example, is often evoked as a reminder of the potential dangers of unregulated mass communication.

In South Sudan, the ongoing conflict has been fuelled by online rumours and hate speech. Some even blamed a ‘false’ Facebook post for causing 150 deaths.

In parts of Africa, social media provides a tool for terrorist groups to recruit and communicate with their followers.

However, government claims that social media is dangerous and shouldn’t always be taken at face value. New forms of communication are shaking up political competition across Africa as elsewhere. This has worrying implications for regimes that hope to cling to power.

Social media provides new ways of rapidly sharing information with large numbers of people. In the past a joke poking fun at a political leader might have been shared with a few friends. Today it could reach thousands.

Blogs and platforms, such as WhatsApp, have become major sources of news for many internet users. They sometimes inform what’s reported in the ‘traditional’ media.

Jokes aside, government violations of electoral procedures or other human rights violations can be exposed online.

Social media has played a role in empowering civil society and helps opposition movements to organise in some of Africa’s most authoritarian countries.

The internet also gives localised political issues a global audience. This was the case during recent protests in Ethiopia, when opponents of the regime in the diaspora were able to engage through social media.

However, increased online communication also offers new opportunities for government surveillance and censorship. Internet shutdowns and ‘cybercrime’ prosecutions that target critics of leaders are tools with which to close down political space.

In countries such as Tanzania, restrictions on online debate have been accompanied by complementary offline measures. These include a ban on political rallies and prosecutions of opposition members of parliament for sedition.

Standing up to the state

In the face of government censorship, citizens have attempted to resist restrictions on their internet freedom. For example, in 2016, many Ugandans undermined attempts to block social media by using virtual private networks (VPNs) to connect.

Mobile network operators may face questions about whether they can do more to stand up to governments in future.

Challenging restrictive legislation in court may also prove successful. In Kenya, for example, a legal provision relating to ‘improper’ use of a telecommunications device was declared unconstitutional.

However, in neighbouring Tanzania an attempt to challenge the Cybercrime Act was dismissed.

These are certainly not issues that only affect African countries.

Between June 2015 and July 2016 there were 81 short-term disruptions to internet access in 19 countries. They included India, Turkey and Vietnam.

Globally, the growth of social media has stimulated debate about where to draw the line between protecting freedom of speech and giving a voice to hatred and extremism.

Last year’s presidential campaign in the US generated concerns about the role of social media in spreading ‘fake news’ with important political consequences.

These debates are urgent in parts of Africa.

In 2017, elections are due in a number of countries that have recent histories of electoral violence. Here, ethnic and regional divisions have in the past been manipulated by political candidates.

There’s therefore a need to consider how to ensure social media isn’t used to incite violence or spread dangerous rumours. The question remains as to how governments can be prevented from seizing the opportunity to restrict citizens’ rights.

Charlotte Cross is a lecturer in international development at The Open University.