A New Tool to Beat Street Crime Against Women: The Vuvuzela

South Africa's iconic vuvuzela trumpet is being used to alert women in Soweto that their local patrol group is ready to safely escort them to public transport. 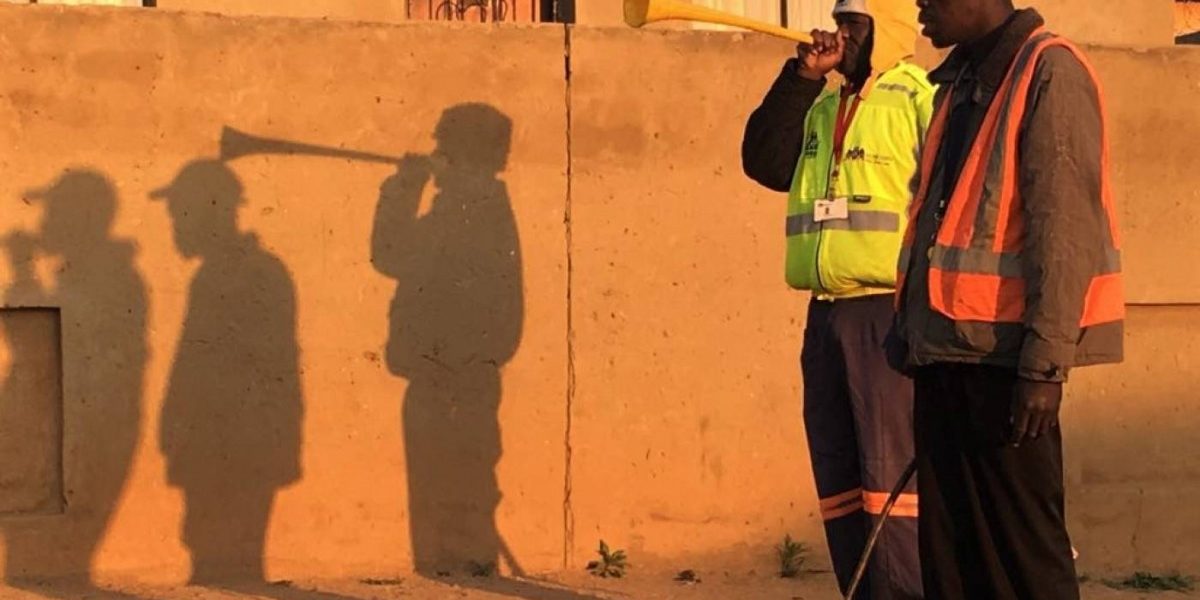 Johannesburg: During the 2010 football World Cup in South Africa, the vuvuzela – a long, colourful plastic trumpet – gained international fame for the way it filled stadiums with a loud, buzzing sound of fan support.

Nearly a decade later, the instrument has taken on a new purpose in a country rife with violent crime.

It is being used to alert women in Soweto, the country’s largest township, that their local patrol group is ready to safely escort them to public transport.

“I wake up feeling safe when I hear the vuvuzela outside,” said Zanele Thusi, a domestic worker, walking towards the train station at 4.30 am for her hour-long journey to the Johannesburg suburb of Bosmont.

“We could not walk safely in the streets before these patrollers. We would have our cell phones stolen, we would hear of stabbings and daily incidences of crime,” Thusi said.

South Africa has been making headlines recently as its citizens have taken to the streets to protest the lack of public safety, especially for women, who are frequently murdered, kidnapped and raped, according to women’s rights groups.

About 3,000 women in South Africa were murdered in 2018 – or one every three hours – which is more than five times higher than the global average, according to the World Health Organisation.

Female commuters living in Mofolo North and Dobsonville, two neighbourhoods in Soweto, told the Thomson Reuters Foundation that a walk in the dark to the nearest bus, train or taxi station was seen as taking a necessary risk.

But on a recent morning, before the sun had even risen over Soweto, a symphony of vuvuzelas was heard echoing between different neighbourhoods as people began to trickle out of their homes.

The patrollers, who said there are thousands of them working in groups ranging from three to 15 members across Soweto, meet women at their homes to walk them to their train or bus station, blowing their vuvuzelas to announce their arrival.

To prevent perpetrators abusing the service by tricking women into thinking they are part of the patrol, the real patrollers schedule their pick-up times with the women they are escorting.

Starting as early at 2.30 am until about 7 am, the men patrol until the women have safely begun their commutes and then return to collect them in the early evening.

“These patrollers, we love them!,” said Jane Chabangu of The Commission for Conciliation, Mediation and Arbitration (CCMA), a labour dispute resolution body.

“When I hear the vuvuzela, I think, ‘here comes safety’. And they do it for free,” she said, before hopping on the bus to her early-morning workout. 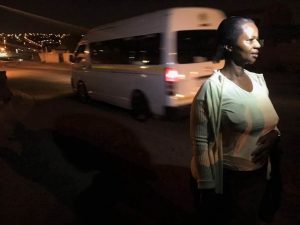 Bheki Mahlalela, 50, has patrolled the streets of Soweto for the past five years trying to reduce crime and make people feel safer.

“I would feel guilty if I didn’t do anything to help,” he told the Thomson Reuters Foundation.

Mahlalela said he first noticed patrollers about 15 years ago across Soweto, but he is not sure who started them or who first introduced the vuvuzela. It was simply a trend that spread as the need for safer commutes increased, he noted.

Originally, there were 15 men who patrolled the streets in Mofolo North, on a voluntary basis, but doing the job without pay frustrated most of them, said Mahlalela.

Today only two other men patrol the neighbourhood with him. They occasionally receive donations for their work, but mostly they do it for free.

None of the three has been able to find formal employment.

Still, according to the men, stopping their patrols is not an option – even if it means putting themselves at risk to keep women safe.

If they come across a criminal trying to rob someone, they perform a citizen’s arrest, sometimes tying up the criminal until the police arrive, the patrollers said.

“We are afraid to do it,” admits 35-year-old David Baloyi, a patroller from Dobsonville. “But we cannot rely on the police who rarely patrol. When we hand over criminals to them, we see the same guys back on the street the next day.”

A similar sentiment was expressed by a dozen other patrollers and commuters interviewed by the Thomson Reuters Foundation.

According to official statistics, South Africa saw an 11% increase in murders of women between 2017 and 2018.

Brigadier Mathapelo Peters, a spokeswoman for the Gauteng police service, which covers Johannesburg, said the police would need more information before responding to the complaints that they are not doing enough.

But, “the work of the community patrollers has proven to yield positive results (such as) noticeable reduction in crimes such as common robberies,” she said via WhatsApp.

The patrols are a welcome male-led initiative in the movement to end gender-based violence, which has so far predominantly been steered by women, said gender activist Mandisa Khanyile.

“I wish we lived in a society where women were able to walk freely in the streets,” said Khanyile, founder of Johannesburg rights group Rise Up Against Gender-based Violence.

“But in the absence of this, (the patrols are) an awesome, meaningful, tangible move by men who are taking responsibility for the scourge of gender-based violence in South Africa,” she said in a phone interview.

Fewer than three in 10 women feel safe walking at night, according to the 2017 Women, Peace and Security Index measuring safety in 153 countries.

As South Africans await the rollout of the plan, the patrollers of Soweto continue to rise before the sun, armed with their vuvuzelas.

“About 5% of people complain about the noise, saying we wake them up too early,” smiled Isaac Makhubo from the Mofolo patrollers, as he strolled back to his house with the sun rising over the rooftops.

“But the rest, they say it reminds them that we are here and that, for now at least, they are safe.”