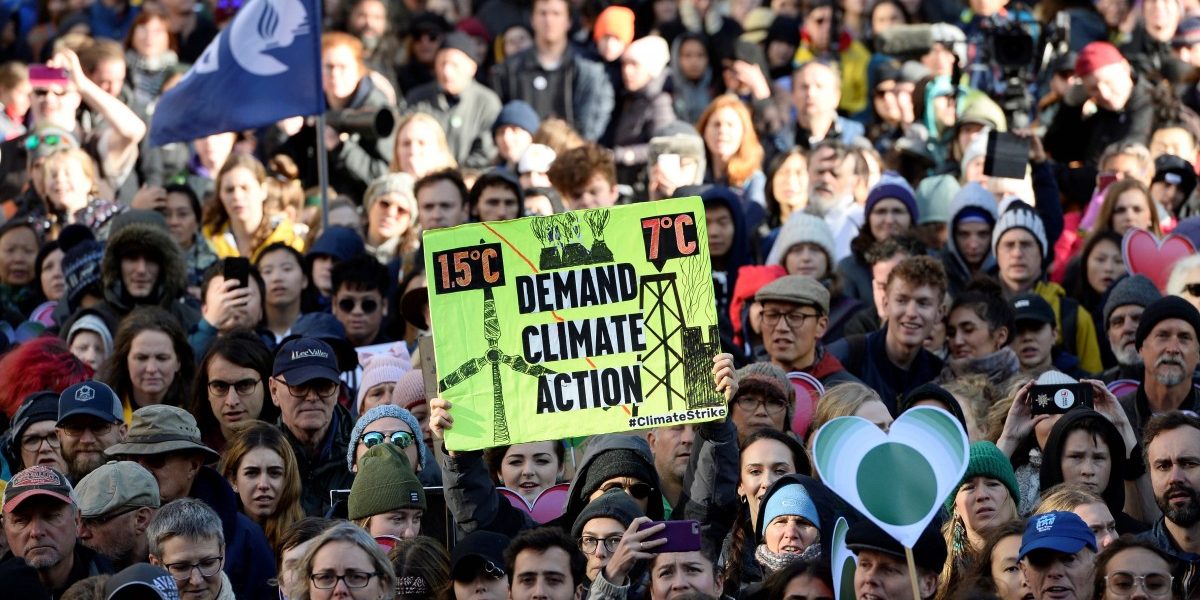 Rome: Let’s face what lies ahead with open eyes: 2020 is going to be a very tough year for the world, and developing countries in particular. The infant decade has already begun with the harbingers of climate disaster as thousands fled to beaches in Australia from raging bush fires, and the Middle East braced for more conflict after a US air strike in Baghdad killed Iran’s top general.

But even as the world needs a concerted and decisive response to its challenges, we risk more of the backsliding and indifference towards humanity that in 2019 characterised the behaviour of many powerful governments, from Australia to the United States, from Brazil to China.

UN Secretary-General Antonio Guterres has cited wars, the climate crisis, gender-based violence and persistent inequality in warning that the world is well behind meeting the deadlines of its 2030 Agenda for Sustainable Development. The 2019 SDG report showed momentum for positive change, but also identified several areas that need urgent collective action: the climate crisis, human suffering, quality education, and gender discrimination.

Many countries and stakeholders have indeed responded with pledges of “SDG Acceleration Actions”. But we need to be brutally honest about the gulf between past promises and action.

Warning that the world will still have 500 million people in extreme poverty in 2030, Guterres has called for this to be a Decade of Action. But he surely didn’t envisage what President Donald Trump had in mind with the drone strike he ordered that killed Iranian military commander Qassem Soleimani in Baghdad on January 3. Iran quickly pledged “tough revenge” and “World War III” was trending on Twitter.

Even without further conflict in the region, the proxy war fought in Yemen between Iran and Saudi Arabia is expected by the UN to continue as “the world’s worst humanitarian crisis” in 2020 after nearly five years of fighting. An estimated 24 million people, or 80% of Yemen’s population, will remain in need of aid.

Worldwide 168 million people will need humanitarian aid and protection in crises across more than 50 countries in 2020, according to the UN’s emergency relief coordinator. The UN humanitarian affairs coordination office (OCHA) launched its Global Humanitarian Overview 2020 with an appeal for nearly $29 billion in aid from donors. “It is the highest figure in decades,” Mark Lowcock, head of OCHA, said, blaming climatic shocks, large infectious disease outbreaks and intensifying, protracted conflicts for an increase of some 22 million people in need last year.

Armed conflicts are already killing and maiming a record number of children, with women and girls at higher risk of sexual and gender-based violence than before.

The UN Children’s Fund UNICEF has called for $4.2 billion for its 2020 emergency appeal to reach 59 million children with life-saving support in 64 countries. This is more than triple the funds requested in 2010.

Also read: Australia Is Literally Burning. It Must Vote out Fossil-Fuelled Politicians.

“Around the world today, we’re seeing the largest number of children in need of emergency assistance since we began record-keeping. One in four children lives in a country affected by conflict or disaster,” said UNICEF executive director Henrietta Fore.

UN risk assessments were blown off course by worse than expected climate crisis-related events, such as drought, flooding and tropical cyclones.

But the world’s efforts to deal with the climate emergency have been dealt a most severe blow by the policies of Brazil’s president Jair Bolsonaro.

Deforestation of the Amazon, the world’s largest tropical rainforest, soared in 2019 to levels not seen in a decade. Protected areas have been opened to mining and agricultural conversion, and murders of environmentalists have increased. Commenting on the global picture, Rhett Butler, founder of the Mongabay non-profit environment website, says: “After a decade of increased deforestation, broken commitments, and hundreds of murders of rainforest defenders, the 2020s open as a dark moment for the world’s rainforests.”

Agronomists such as Carlos Nobre and Thomas Lovejoy warn that the Amazon is reaching a critical tipping point as it shows signs of shifting from humid tropical forest towards degraded wooded savanna which would result in releasing massive amounts of carbon into the atmosphere. It is urgent that Brazil move away from unsustainable agribusiness monocultures of cattle, soy and sugarcane, and launch a major reforestation project on already degraded lands.

But Bolsonaro is also joined by Trump, who will seek re-election this year, in abandoning climate leadership and damaging global conservation efforts.

Also read: A Brazil Beyond Bolsonaro

The latest mantra for climate scientists and UN envoys seeking to broker global agreements is that “2020 is the last best chance” to turn the tide of the climate emergency. Under the 2015 Paris Agreement countries pledged to review and, hopefully, ramp up their efforts to cut greenhouse gases by this year, meaning that a lot of effort is needed ahead of the crucial UN climate conference, COP26, to be held in Glasgow in November.

As noted by climate news site Carbon Brief, with key emitters such as the US, Australia and Brazil hostile towards international climate action, a lot now hangs on China and the EU acting as one to maintain the Paris Agreement’s momentum.

But China, along with Brazil and India, have been called out by the Association of Small Island States as actively blocking ambitious outcomes in discussions on carbon credit discussions.

Last month’s COP (Conference of the Parties) in Madrid was widely viewed by climate activists as a flop.

Protestors outside the conference hall, including Swedish teenager Greta Thunberg, demonstrated the yawning gulf between their aspirations and those inside of procrastinating governments.

The diplomatic Guterres said he was “disappointed” at the outcome and said the major emitters of greenhouse gases need to “do much more” in 2020.

Indeed. Much, much more.

Farhana Haque Rahman is Senior Vice President of IPS Inter Press Service; a journalist and communications expert, she is a former senior official of the United Nations Food and Agriculture Organization and the International Fund for Agricultural Development.