When a Cyclone, and Taboo Around Menstruation, Took a Young Girl's Life

The 14-year-old was made to stay alone in a hut when Cyclone Gaja descended on Tamil Nadu as she was on her period. 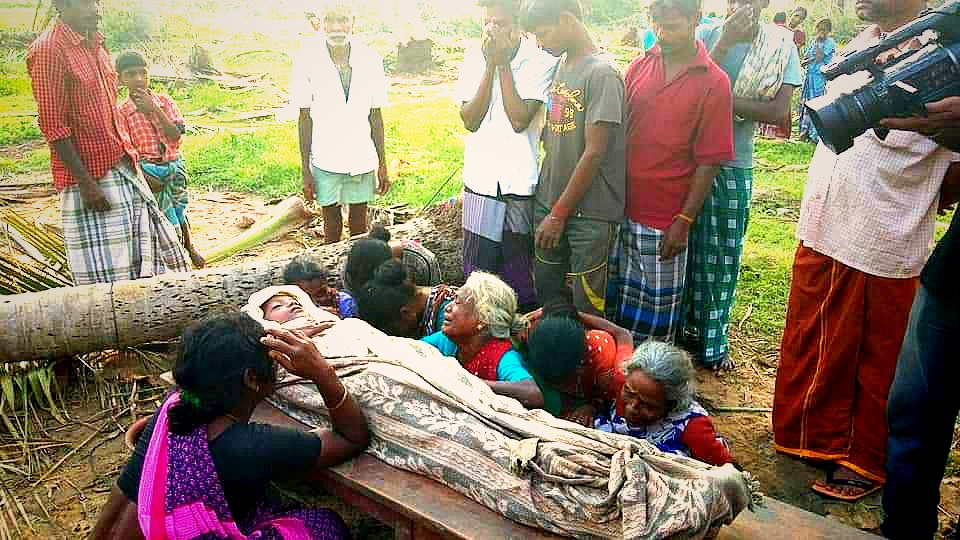 S. Vijaya succumbed to a taboo that several women are trying to fight against by seeking entry into Sabarimala. Not many could attend her funeral due to the cyclone. Credit: File/Special arrangement

On November 16, when Cyclone Gaja began ravaging lives and livelihoods across seven districts in Tamil Nadu, a different kind of tragedy – yet, not unrelated – hit the small, poor family of Selvaraj at Anaikaadu village near Pattukottai. His 14-year-old daughter, S. Vijaya, a class 7 student, was being made to stay alone in a hut nearby and in the wee hours of November 17, her corpse was recovered. Apparently, she had died after a coconut tree fell on the hut.

Speaking to a Tamil news channel, a sobbing Selvaraj said Vijaya was being made to stay alone in the hut since it was customary to do so when “a girl attains puberty”. An agricultural labourer working in the coconut farm, Selvaraj and his family – wife and son – were staying in another hut in the same premises. Only a year ago, they lost their elder son to a snake bite in the same farm. “It was evident that Vijaya was petrified, she had tried to scream and attract attention, but the cyclonic winds drowned her voice,” says a local journalist. “It took several hours for the family to retrieve the body from beneath the tree. They managed to conduct the funeral with very little help”.

Also read: Taboo, Shame Around Menstruation Is Leading to Unhygienic Practices Across India

It is ironical that Vijaya succumbed to a taboo that several women are trying to fight against by seeking entry into Sabarimala. “Denial of entry into Sabarimala is a manifestation of this belief that women are impure when menstruating. Across Tamil Nadu, I have seen women kept alone under dire conditions during such times. It is terrible and cuts across caste, religion and class differences. But well, as Vijaya shows, victims most vulnerable to such taboos are from the lowest strata of the society,” says Salma, a writer and activist. Salma adds that during her stint as president of a panchayat union in Thuvarankurichi near Trichy, and later as chairperson of social welfare, she had come across several villages where women were treated as ‘untouchables during menstruation.’ 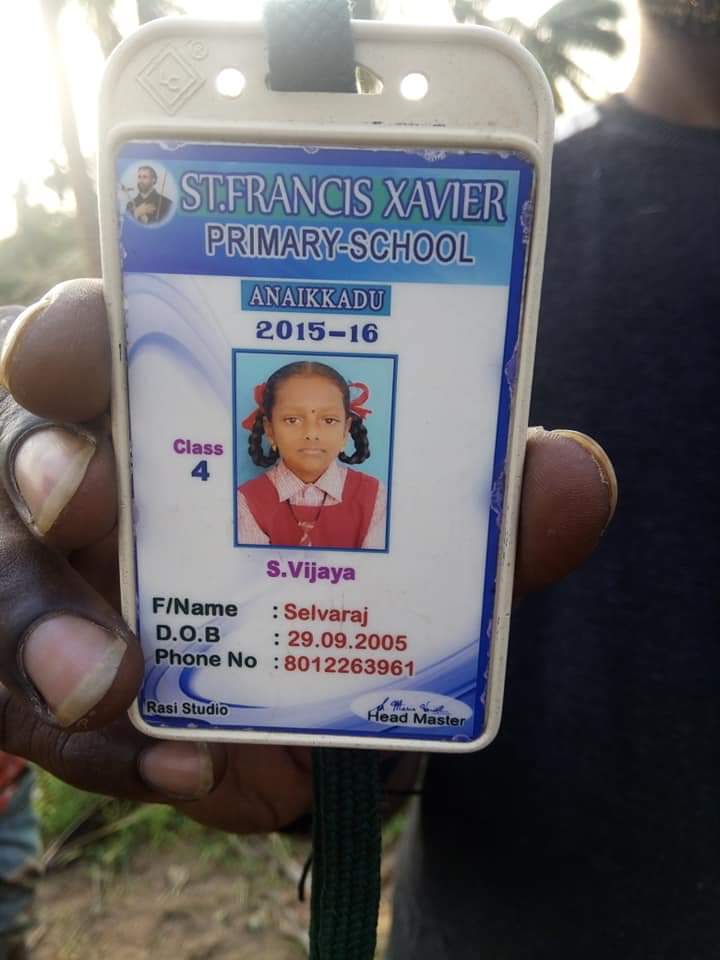 Geetha Elangovan, documentary filmmaker whose works include Maadhavidaai (menstruation), readily concurs: “In cities, women are made to sit in an isolated spot inside the house. They are not supposed to go around. In rural areas, there are separate huts or houses where they should go and stay.”

Elangovan says the practice had undergone several changes over a period of time – in some places, such isolation happens only during the first menstrual period. “But in some places, it happens every month.”

The film Maadhavidaai shows six villages in and around districts of Madurai and Theni where separate huts exist. “Once they step into the huts, the women are at the mercy of their neighbours and family for the next three or four days. For something as basic as drinking water, they have to beg,” Elangovan says. The huts don’t even have a toilet and women have to walk some distance to relieve themselves.

Outside every hut, there is a tree dotted with vessels ‘exclusively used by the women during their periods.’ “In a family where both mother and daughter menstruate, they have a separate set of vessels for both of them. You can hardly see any tree without vessels because invariably, some woman from some family will be menstruating.”

The practice could have started as a way to monitor ‘young widows so they don’t go astray’, Geetha says. The celebration around a girl’s first menstrual period – called Manjal neeraatu vizha (a dip in turmeric water) – is still very much part of Tamil ‘culture’ and is believed to be a way of announcing to the world that a girl is of marriageable age.

“When I spoke to several young women for my film, they told me it was deeply humiliating that the entire village would actually know when they are menstruating. Apart from many hazards such practices pose, women cannot even discuss their health issues. If they miss a period and don’t go into the hut at around the stipulated period, it sets tongues wagging. Some young women told me they would go to the hut even when they missed a period just so the village would not talk about them,” Geetha says.

Efforts by local NGOs to stop this practice were met with stiff opposition with villagers calling it an ‘interference with the divine.’ “Such practices flourish only because they are deep-rooted in religion. Brahmins started this but today, every other caste practices it. I have come across women who claim they feel pure if they follow such practices; it’s a way of upholding their caste elitism. For others, it is similar to being sanskritised.”

Salma says cinema plays a major role in perpetuating such practices. “In how many films have we seen the maternal uncle setting up a hut for his niece who has just attained puberty? Cinema always shows it as a matter of pride. We need to fight it at all levels”.