The ONV Cultural Academy had decided to review the decision to give him the award two days ago. 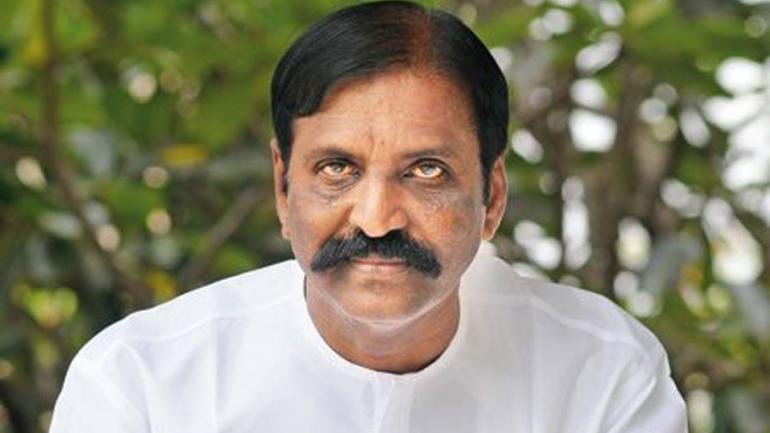 New Delhi: Following outrage over his selection, Tamil lyricist Vairamuthu – who has been accused of sexual harassment by various women – has announced that he would be ‘returning’ the ONV literary prize.

The award had been instituted in memory of Jnanpith laureate and Malayalam poet, the late O.N.V. Kurup, and Vairamuthu had been named this year.

Though he said he was ‘returning’ the award, in effect, Vairamuthu was declining the prize as he had not been given it yet. He said he did not want the jury to face embarrassment and called the ONV Cultural Academy’s decision to reconsider his nomination for the award as “vendetta”.

On Friday, the Academy had said it has decided to review the decision to grant the fifth edition of the prize to Vairamuthu. Earlier, Academy chairman and Malayalam movie director Adoor Goaplakrishan had backed the decision to award Vairamuthu, saying the award for “excellence in writing and not [given] after examining a person’s character,” The News Minute has reported.

Vairamuthu had been selected for the award by a jury comprising Malayalam University vice-chancellor Anil Vallathol and poets Alankode Leelakrishnan and Prabha Varma.

Actors Parvathi Thiruvothu and Geetu Mohandas and singer Chinmayi Sripada, who was among the women who accused had Vairamuthu of sexual harassment, had objected to the Kerala honour for the lyricist. Thiruvothu had said that the number of women who had alleged sexual harassment and mistreatment by Viaramuthu was close to 17.

Vairamuthu has denied all allegations and called them “false”.

Despite multiple women coming out naming Mr. Vairamuthu as a molester, so many politicians coming out in support of a predator is an open message of silencing survivors.
No wonder the poet uses politicians’ names to threaten women. That’s because he does get their support 🙂 https://t.co/vDI2MKF4MM

Others on social media sought to highlight that Vairamuthu’s creative output also contained examples of misogyny – lyrics of a recent song, for instance, “normalised predatory behaviour” it was alleged.

In a statement on Twitter, Vairamuthu requested that the cash prize of Rs three lakh announced by the academy be given to the Kerala Chief Minister’s Public Relief fund and announced his own contribution of Rs two lakh towards the same, as a “token” of his love for Kerala and its people.

Several on social media have said that his statement smacks of an attempt to salvage his reputation. The poet Meena Kandasamy highlighted how his move different from Sahitya Akademi Award recipients giving back their honour in protest against the Central government.

Let us remember, dear Tamil friends, there was a season when bold writers returned their awards. That’s the courage it took to highlight an oppressive regime. Vairamuthu returning an award which he never received, is a face-saving measure. He’ll never challenge the establishment pic.twitter.com/8gBWDe8VtQ