Surrogacy Regulation is Stuck Between Market, Family and State

Through the years, India's stand on surrogacy has varied from a medico-liberal to a carceral model, but the best safeguards for surrogates would be empowerment rather than relying on the market or the state for protection.

Surrogacy policy in India has varied from encouraging commercial surrogacy to allowing only altruistic surrogacy, a move that was condemned by a parliamentary standing committee. Photo: Reuters 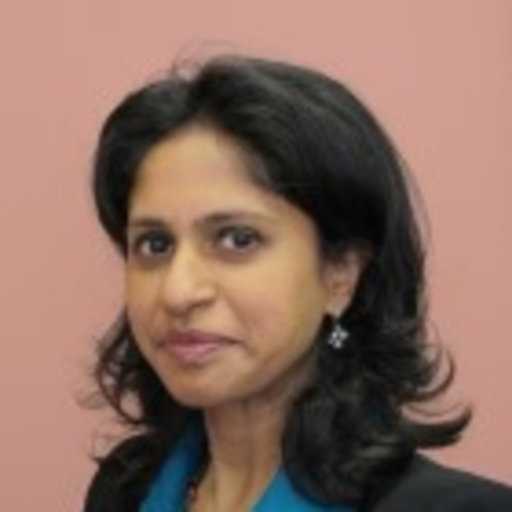 Law has long been the site of intense political, social and economic contest over women’s reproductive labour. Surrogacy is no exception. Over the past 15 years, numerous legislative drafts on surrogacy have been proposed, making India possibly the only country in the world to seriously consider all possible regulatory approaches to surrogacy ranging from a liberal, contract-based model in the late 1990s to a prohibitionist, carceral model in 2016.

As the Surrogacy (Regulation) Bill, 2016 is likely to be tabled in the parliament’s budget session, I argue for parliamentarians to take the August 2017 report of the Standing Committee seriously, which recommended a rollback on key elements of this Bill, originally introduced in November 2016.

Three phases of the regulation of surrogacy

The government’s proposed regulation of surrogacy corresponds to three phases of the sector’s development: an emergent medico-liberal phase from the late 1990s up to 2008; a highly contested phase between 2008-2012 and a contracting and normative phase between 2012 and 2017.

Through its 2005 National Guidelines for Accreditation, Supervision and Regulation of ART Clinics in India, the Indian Council for Medical Research (ICMR) set the terms for interactions between stakeholders in the ART industry, effectively shaping its political economy in the initial years. Surrogacy had to be medically indicated.

There could be no pre-existing relationships between the gamete donors and the commissioning parents but commercial gestational surrogacy and the compensation of gamete donors were permissible. The birth certificate had to be in the name of the commissioning parents, which facilitated a market-mediated model of surrogacy. The guidelines forbade the ART bank and clinic from facilitating monetary aspects of the surrogacy transaction and made no mention of agents, intermediaries or middlemen. The guidelines were informed by a public health view of infertility, which was liberal in permitting the commodification of female reproductive labour for the market.

Between 2008 and 2012, full-service clinics and agencies liaised between commissioning parents, gamete donors, surrogates and medical professionals to provide surrogacy services to hundreds of international and domestic commissioning parents. Unlike in the West, where surrogates litigated to keep babies, surrogates in India had a collective action problem even in places like Anand where the sector assumed small industrial proportions; they had limited access to state institutions. Due to the medically-mediated nature of the sector and surrogates’ own desire to access clinics for a repeat surrogacy, they were loathed to antagonise clinics or approach courts when their surrogacy agreements were violated.

Meanwhile, foreign commissioning parents were able to take babies out of India with relative ease. Embassies of various countries refined procedures for ascertaining parentage before issuing the necessary citizenship and travel documents. Problems, however, arose where the destination country banned surrogacy, recognised only the birth-mother as the legal mother, or where parents divorced after commissioning surrogacy. In the face of legislative inaction, Indian courts resolved complex cases such as Baby Manji and Jan Balaz on an ad hoc basis. The Law Commission of India in its Report 228 in August 2009 meanwhile recommended that parliament legalise altruistic surrogacy and prohibit commercial surrogacy.

As business boomed, the ICMR drafted the ART Bill based on its 2005 guidelines. The ART Bill 2008 reiterated that ART was available irrespective of marital status and introduced stringent requirements to ensure that foreign commissioning parents took babies home. The sample surrogacy agreement suggested that the surrogate be paid 75% of her remuneration at the time of the embryo transfer and remaining payments later.

The ART Bill 2010 had substantial inputs from clinics. It changed the definition of the term ‘couple’ to cover two persons living in India and having a sexual relationship that was legal in India. Surrogacy was available to all single persons, married couples and unmarried couples. The Bill imposed obligations on foreign commissioning parents to ensure there were no stateless babies. The model surrogacy agreement was modified so that the surrogate would be paid 75% of the remuneration only after delivery. For the first time, individual brokers and paid intermediaries obtaining gamete donors or surrogates could be punished.

As the surrogacy sector grew, but no statute was forthcoming, in 2012, the Ministry of Home Affairs deployed administrative procedures and surrogacy visas to regulate the sector. Eligibility was restricted as only a foreign man and woman married for at least two years could commission surrogacy with an assurance that their country recognised surrogacy and that the child would be permitted entry as a biological child. They needed exit visas, which were contingent on satisfaction of contractual obligations to the clinic and surrogate. NRIs and PIOs did not need a medical visa but were subject to all the other conditions applicable to foreign commissioning parents. After years of working in the shadows, fertility clinics finally found assurance in state regulation of the sector.

Legislative fine-tuning however continued: a 2013 version of the ART Bill restricted the number of surrogacies, required a genetic link between one commissioning parent and the child and increased insurance protection for the child and surrogate. The ART Bill 2014 confirmed earlier restrictions by explicitly excluding LGBT commissioning parents. It also excluded foreign commissioning parents. The restrictions applicable to foreigners under the 2012 circulars were now applicable to NRIs, OCIs, PIOs and foreigners married to an Indian citizen. Compensation rates differed for domestic and foreign commissioning parents. The surrogate could have only one live surrogate baby. The surrogate had increased insurance protections, her life was to be prioritised over that of the baby and her compensation was due irrespective of the birth outcome. Where she died or became disabled, the ART clinic was presumed to be negligent.

Even as the central government refined its proposed Bill, a 2015 public interest petition in the Supreme Court by Jayasree Wad praying for the prohibition of commercial surrogacy resulted in an unexpected ban on commercial surrogacy and the import of embryos by foreign commissioning parents effectuated through circulars from the ICMR, the Ministry of Commerce, and the Ministry of Home Affairs. A new Surrogacy (Regulation) Bill, 2016 (SRB), meant to reflect the ‘ethos of the Indian people’, sought to ban commercial surrogacy altogether and only permit altruistic surrogacy performed by a close relative of the commissioning couple; only medical expenses and insurance costs were reimbursable. Commissioning parents had to be Indian citizens (OCIs and PIOs were excluded) and married for at least 5 years with a medical indication of infertility. “Social” surrogacy was impermissible.

The Bill penalised various aspects of commercial surrogacy. Offences were cognisable, non-bailable and non-compoundable with stringent punishments. The Bill required the commissioning parents to obtain a certificate of essentiality (requiring, in turn, a certificate of infertility from a district medical board) as well as an eligibility certificate from the appropriate authority satisfying certain conditions. National and state surrogacy boards would oversee clinics, appropriate authorities and ensure implementation of the law.

The Bill was introduced in parliament in November 2016 and was referred to a Standing Committee, which in its report in August 2017, reversed every key feature of the SRB. Extraordinarily, it stated that imposing altruism on women was a paternalistic form of exploitation and that the ‘real’ exploitation that surrogates suffered arose from the lack of proper regulation of the surrogacy sector and from the poor and even lower-paying alternatives they had to commercial surrogacy. It instead proposed a model whereby women’s reproductive labour would be compensated at a rate fixed by the state taking into consideration numerous factors. Only gestational surrogacy would be permitted; the surrogate need not be related to the commissioning parents and would be empaneled. The surrogate was to receive extensive counseling to ensure informed consent; she was entitled to substantial insurance cover.

The committee liberalised the eligibility criteria for commissioning parents extending the surrogacy option to live-in couples, divorced women, widows, NRIs, PIOs and OCIs but not other foreign nationals. Also, one year of proven infertility was sufficient to avail of surrogacy. Instead of a parentage order, the committee proposed a comprehensive, legally binding agreement between the commissioning parents, the surrogate and the clinic, to be registered with the state.

Counteracting the SRB’s carceral approach, the committee called for punishments to be proportionate to the nature of the infraction, always keeping in mind the best interests of the child born through surrogacy. Finally, it suggested that an independent agency with quasi-judicial powers resolve disputes between parties and that the ART Bill be passed prior to the SRB.

Proposed laws over the past 15 years have gone from being highly favourable to fertility clinics (and less so to surrogates) to protecting surrogates and punishing clinics. Over this time, categories of who could avail of commercial surrogacy progressively narrowed, excluding gay, lesbian and transgender individuals and couples in 2012, then foreigners, including even those of Indian origin in 2015. The 2016 SRB went a step further to prohibit commercial surrogacy altogether and replace it with a familial model of altruistic surrogacy.

The Standing Committee’s compensated surrogacy model meanwhile liberalises access to surrogacy and provides for compensation for the surrogate under the watchful eyes of the state. The state will set the compensation levels and even empanel surrogates. The regulator’s imagination has thus traversed from a medico-liberal model in 2005 to a socially conservative prohibitionist model in 2016 to a proto-socialist model in 2017 placing faith in turn in the market, family and the state, respectively, to protect the interests of surrogates and children born out of surrogacy.

As parliamentarians reconvene, they must take on board the recommendations of the Standing Committee and its strong support for women’s right to be ‘reasonably and adequately compensated’ for their reproductive labour. Ultimately, the best safeguards against exploitation remain in the hands of surrogates themselves and the SRB must mandate their rights to self-organisation so as to improve their bargaining power, rather than rely either on the market, family or state.

Moreover, as the Standing Committee’s report illustrates, there are deep differences even within the government on how surrogacy should be regulated. The Ministry for Women and Child Development supports commercial surrogacy and expanded access to surrogacy. Parliamentarians also need to fundamentally rethink the Bill in light of the Supreme Court’s pronouncements (Puttaswamy vs Union of India) in August 2017 on the right to privacy that “the sanctity of marriage, the liberty of procreation, the choice of a family life and the dignity of being are matters which concern every individual irrespective of social strata or economic well being. The pursuit of happiness is founded upon autonomy and dignity. Both are essential attributes of privacy which makes no distinction between the birthmarks of individuals” (majority, para. 157).

This has implications for who can be a surrogate, who can commission surrogacy and several aspects of how surrogacy can be conducted. In negotiating these issues India is not alone. In countries like Israel and South Africa that allow for commercial and altruistic surrogacy respectively, similar constitutional questions have arisen in the search for reproductive equity and the recognition of women’s reproductive labour.