Facebook’s Sheryl Sandberg has been exposed as a corporate thug. But that was implicit in her lean-in philosophy all along. 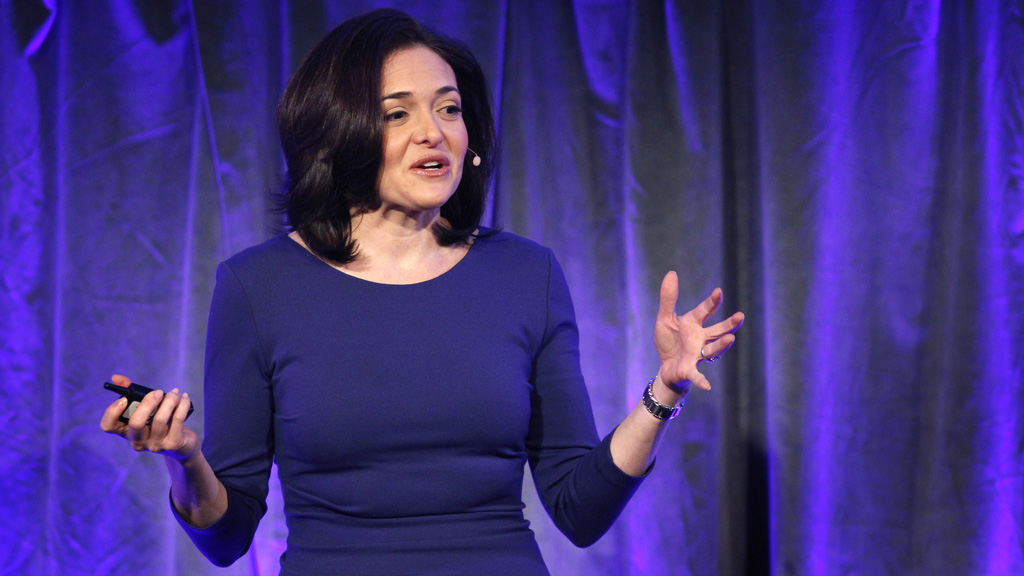 In Sheryl Sandberg’s business-manual-cum-self-help-book Lean In, she recounts an anecdote about a meeting in New York. Pitching a deal, a senior figure suggested a break for refreshments. Sandberg asked where the women’s bathroom was, and none of the all-male office occupants knew. The tale is designed to show how few women had reached her position — but is far more revealing than that: plenty of women would surely work in the office, providing the coffee and sweeping the floors. But in Sandberg’s anecdote, they remain entirely invisible.

Lean In was remarkably successful, with accessible prose and promises of greater success for readers if they acted on Sandberg’s advice. But this form of feminism is entirely individual, with no blame apportioned for workplace disputes or the attitudes of the entirely male executives Sandberg dealt with. The problem, apparently, is that women hold themselves back. Women have a tendency to mentally check out of their workplace in the late stages of pregnancy, Sandberg opines; but she fails to mention that the United States has some of the weakest maternity leave rights in the world: in the forty-two countries that comprise the Organization of Economic Cooperation and Development, women are given an average of eighteen weeks of maternity pay. The US offers none.

Also read: How Neoliberalism Colonised Feminism – and What You Can Do About It

Focusing on individual behaviour as the sole source of success and failure lets structural sexism in the business world entirely off the hook. An individualist looking to get ahead will always rely on class interests and links with other successful colleagues rather than solidarity with colleagues of the same gender. The Sandberg image is carefully calibrated to appear nonthreatening, hard-working, and friendly: her goal is to help people, and she just happens to be a crucial cog in the biggest social media company in the world. That image has taken a battering in the last few weeks, with Facebook increasingly attacked for playing fast and lose with users’ data, and for accusations that the site has unduly influenced democratic elections and inflamed racial tensions that have led in some cases to extreme violence.

Recently, Facebook admitted that Sandberg ordered senior Facebook staff to research George Soros’s finances and holdings, and ordered up opposition research from the Republican-linked Definers Public Affairs company, after the financier publicly criticised the company in a speech at the World Economic Forum. Sandberg and Mark Zuckerberg went on the attack, digging up dirt on critics and peddling conspiracy theories aggressively. None of these revelations are a surprise: the exponential growth of Facebook has been accompanied by a lackadaisical approach to the company’s social impact.

Much of Lean In skewers individual women for failing themselves. Even as the Me Too movement proves sexual harassment is rife in workplaces — and that women who speak out generally find that doing so intensifies attacks on them, from colleagues, professional networks, and a cavalcade of horrific sexist abuse on Twitter and Facebook — the book contains no structural analysis of the roadblocks that stop women from succeeding. Yet addressing the gender imbalance in senior positions is impossible without genuine maternity and paternity rights, paid leave, and protected jobs for women who take time out. Sexism reproduces gender roles in the workplace, and bias is rife in hiring and firing, with little to no legal protection for people subject to such injustices.

Feminists decried Sandberg’s capitalism-friendly repackaging of the movement from the start, and were criticized for it, being stereotypically described as catty and infighting. Now we can see that it was clearly a warning from history: a defanged feminism that never once blamed bosses or addressed structural issues and inequalities wasn’t remotely threatening to capital. Nor was it meant to be: “lean-in feminism” placed the blame for inequality on women’s shoulders. Didn’t get that promotion? You probably didn’t try hard enough. Nor did the other women who were routinely overlooked and stuck in low-paid, undervalued work. There’s no pattern, simply your own collective failure to aim high enough.

The Facebook revelations may, at last, put the concepts of lean-in feminism to bed. Her individualistic and unthreatening feminism will not change the world since it refuses to challenge it in the first place. Trickle-down feminism is as much of a myth as trickle-down economics. The only things that have furthered feminist causes in living memory is collective action, unionism, and a refusal to pander to those in power.

Dawn Foster is a Jacobin staff writer, a contributing editor on housing for the Guardian, and the author of ‘Lean Out’.

This article was originally published on Jacobin. You can read the original article here.