For more than a century, the house in Ankara never had a lock and welcomed everyone, irrespective of their caste and religion. 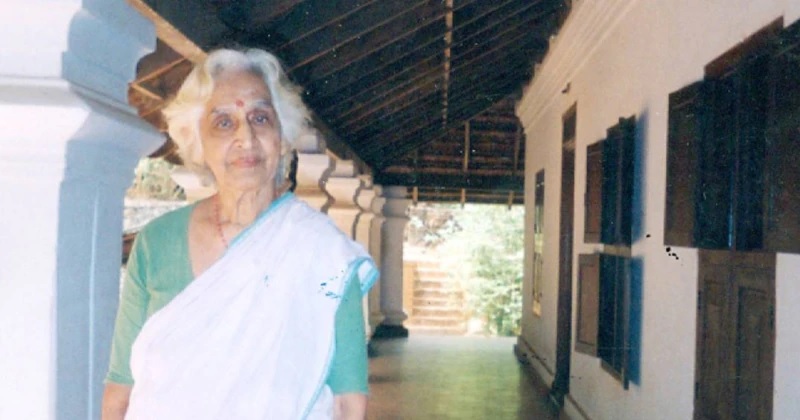 The house has never been locked. For 125 years, it has never needed to be. It is a large Nair Tharavad, a matrilineal joint family home, which used to belong to all descendants through the female line until 1970, when the Marumakatayam law which governed the matrilineal inheritance of ancestral property was rescinded. This house continues to be home to hundreds of grandchildren and great-grandchildren of two sisters, A.V. Ammukutty and A.V. Lakshmi. AV stands for Anakara, the village where the house is situated and V for Vadakath, the name of the house. The two letters before a name, or before the name of a parent, have ensured that many family members who have never met each other and are scattered around the globe think of this house as their home. When the sisters were growing up, it had been a small, nondescript house. Then, one dark evening, during a heavy downpour, a young tehsildar came seeking shelter for the night. As he approached the house, a young woman carrying a lamp came out.  She paused and said ‘Deepam’ and then continued with her lamp to another corner of the house and then to another and one more till she had shone the light of her lamp and said ‘Deepam’ in all its four corners.  The beauty of the young woman, caught in the light and shadows that played on her face, left the young tehsildar mesmerised.

He left the next morning but soon sent a proposal of marriage for A.V. Ammukutty, whom he had seen on that dark and wet night. They married and as was the custom in Nair families, he, P. Govinda Menon, moved into her house. A man of means and influence, he was able to rebuild the house after a few years and it became what it is today: a traditional, impressive Nalakatta tharavada, a many-storied home built around a small, open courtyard.  Years later, one of their sons, Gopala, reminisced about the elephants that he had seen, large trunks of Burma teak and rosewood up the winding path to the house in his childhood.

P. Govinda Menon and several members of his Perambalavil tharavad who married into the A.V. family or were descendants of Ammukutty first reconstructed and then contributed to making Vadakath a welcoming home. Their growing family, along with her sister’s, ensured that the house was always with children and visitors. After his father’s untimely and tragic death, Gopala came to live with his mother along with his wife, P. Kunjalakshmi, and they became the guardians and custodians of the family home.

Their daughter, P. Susheela, who was in Madras, came to live in Vadakath in 1971. Susheela embodied the best traditions of the Vadakath tharavad. She was a strong, independent-minded woman who had plunged into the national movement when she was a young student at the Women’s Christian College, Madras (now Chennai). An impressive agitator, she travelled around the Madras presidency to which Malabar then belonged. In 1942, she was arrested and incarcerated in the Vellore Jail. She used to say that she was lucky that her father’s sister, Ammu Swaminadhan, a well-known Congress leader, was in jail at the same time so she did not have to suffer much hardship and deprivation. After her release, Susheela became an important functionary in the Congress party and was energetic in mobilising women to agitate for India’s freedom from colonial rule.

After independence, shunning the politics of power and ambition and recoiling from the slightest hint of corruption, she retreated from public life. She married a fellow political worker, T.V. Kunhikrishnan. Bringing up their three children in Madras and spending several months in Vadakath with her parents and various family members kept her busy. These years of contentment were brutally scarred by the sudden and tragic death of her son Shekhar who succumbed at the age of 7 to illness in Vadakath.

Susheela and Ammu Swaminadhan were not the only prominent freedom fighters who belonged to Vadakath. Ammu’s cousin, Kuttimalu Amma, was a leading Congress leader of Kerala and Ammu’s own daughter was the renowned ‘Captain Lakshmi’ of Netaji Subhas Chandra Bose’s INA.

Events in her personal life led Susheela to leave Madras and come home to Vadakath. By this time, her grandmother, Ammukutty, the formidable matriarch had been dead for many years and her parents, people of extreme gentleness, quiet humour and boundless affection and warmth, had taken on the responsibility of running the house and looking after its fields.

A few years after her return, Susheela was interviewed in the course of a documentary film, Vadakath: A Tharavad in Kerala written and directed by Lakshmi’s daughter, Subhashini and her then-husband, Muzaffar. She spoke movingly of unforgettable moments in the history of the home like the return of Captain Lakshmi, her cousin, from imprisonment in Rangoon and Singapore. There had been no news of Lakshmi for several years and then, suddenly, she was brought to India and released. Susheela described the crowds that accompanied Lakshmi as she walked from the railway station, Kuttipuram, across the almost dry Bharathapuzha river. Their grandmother, Ammukutti Amma, was waiting at the gate, trembling with anticipation and then, as Lakshmi embraced her, unchecked tears poured down her cheeks.

Susheela also spoke about the Marumakatayam system of matrilineal succession. That is why we women always have a home. In other parts of India, women have to suffer because they do not have a home to return to. But we always have a home, a home where we will be welcomed, whatever the circumstances of our return. 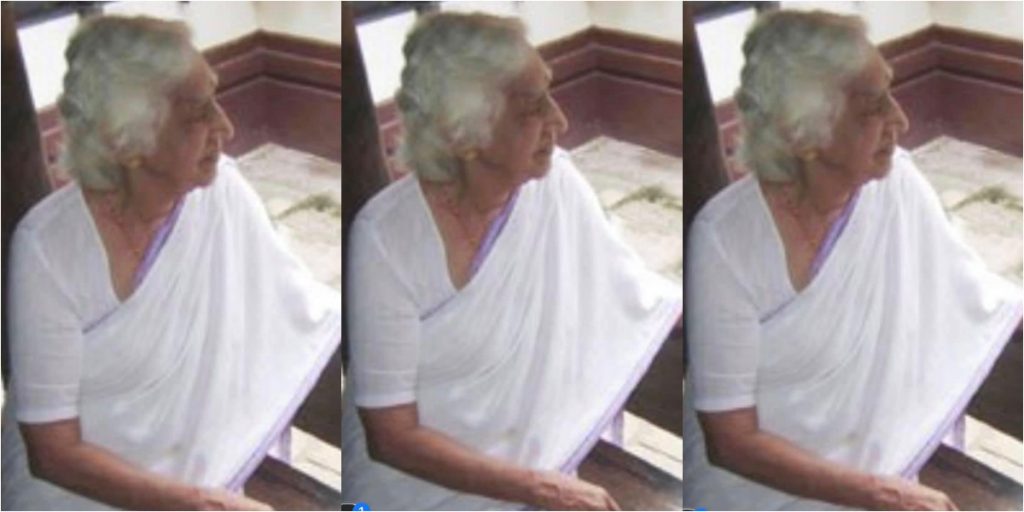 Susheela ensured that Vadakath opened its doors to all members of the family who needed shelter and help. After her parents passed away, she kept the traditions of the house alive. These were not confined to the lighting of the lamp in the evening, the pooja in the morning or the short prayer that was recited before impatient family members fell upon their Vadakath meal that was unlike anything that is eaten anywhere else in the world. The more important traditions associated with the house, were a deep-rooted commitment to democratic practices and beliefs, to complete acceptance of the faith and practices of others.

Untouchability has been an ancient curse of Kerala society but its traces had been erased from Vadakath when Ammu Swaminadhan’s, daughter, Lakshmi was five years old. She saw a very poor, Dalit woman standing outside the house with an infant son. She immediately picked the child up and started playing with him, paying no heed to her grandmother’s anger, who said that touching the kid would make her go blind. Lakshmi paid no attention to her and dancing with the child in her arms, she shouted ‘See! Nothing has happened to me. You shouldn’t tell lies like this.’ The practice of untouchability at Vadakath came to an end after this.

Anakara is a village with a large Muslim population. Neighbouring villages also have the same demography. The Muslims of this area, known as Moplahs, have always had a strong relationship with Vadakath. Many of them were landless labourers or small tenant farmers. When land reform legislation was brought about by the E.M.S. Namboodripad-led government in 1967, along with the other landless and tenants, they were major beneficiaries. The Vadakath family never opposed these reforms despite the fact that they lost land and income. One of the Moplah tenants refused ownership of the field that he had been cultivating because he attributed his success in life to the fact that Gopala Menon’s older brother, Kutty Krishnan, had fought to establish a government school in the village and had persuaded, cajoled and coerced all the families to send their children to study there. He insisted on gifting the field to Malini, Kutty Krishnan’s daughter.

Susheela believed in strengthening the inclusive spirit that Vadakath had always exuded. She was a deeply religious and spiritual person and communal hatred and fanaticism were abhorrent to her. She played an active role in the affairs of the temple in Anakara and nearby Kumbdi but when the RSS tried to start a shakha in the Anakara temple, she opposed it adamantly and did not allow what she felt would be the desecration of the temple. 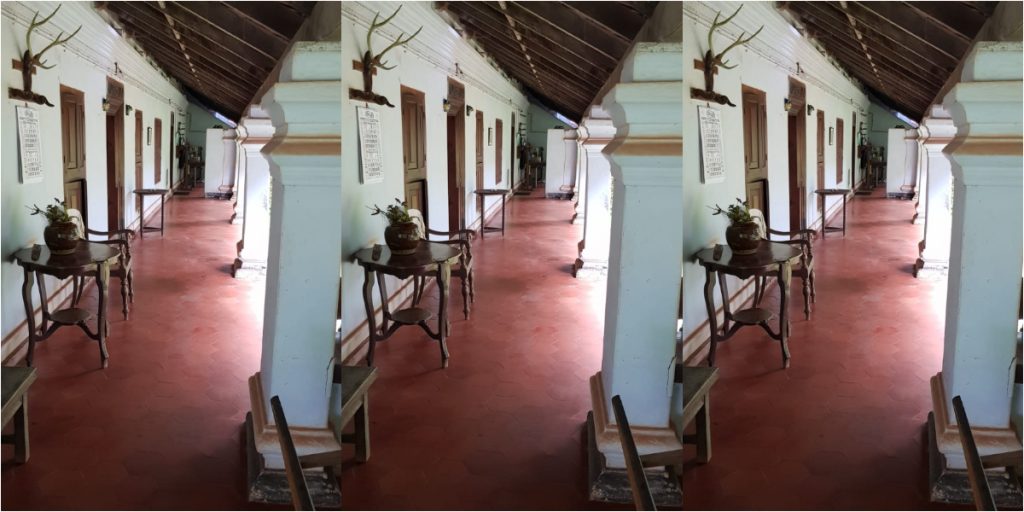 Her presence in the house was so strong that even when she fell ill and was bedridden, she seemed to be in control of its daily rhythms. Susheela passed away on September 22, and the news of her death brought people thronging to the house. The next day, Susheela was cremated in front of the house on a raised piece of land, as her parents and grandparents had been. Her parents, her grandmother and her child had all been cremated here before her. Village shops were shut that day. The police band from Trithala played Taps. And then the entire village participated in a silent procession from the cremation place to the centre of the village.

After that, a lock was bought for the house.

Susheela’s death brought home the fact that Vadakath’s future was now in question. This made many in the family and in the larger community feel strongly that Vadakath’s heritage was too vital to consign to a slow but inevitable disintegration. It had nurtured so many who had fought for the freedom of the country that, somehow, it felt to many that saving Vadakath was a step towards preserving that freedom now under such threat, so diminished and so fragile.

For the time being, the lock has been forgotten.

Subhashini Ali is the daughter of Captain Lakshmi.