The low representation of women is particularly glaring in the country's top premier investigation agencies such as the Central Bureau of Investigation and the National Investigation Agency. 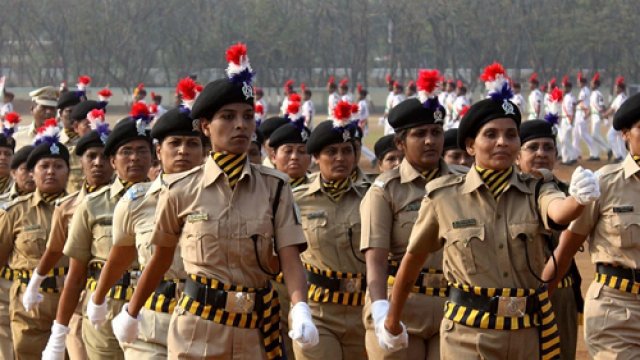 Women's representation in police force continues to remain low, and the reasons are manifold. Photo: PTI

New Delhi: Although the number of women in the police force across the country went up by 16.5% in the year preceding January 1, 2020, the representation of women in the force remained abysmally low at 10.3% of the overall police personnel. This is way behind the mandated 33% target set by the Centre.

These figures are from the Data on Police Organizations, 2020, released on Wednesday, December 30, by the Bureau of Police Research and Development (BPRD). The available data is calculated until January 1, 2020.

The number of women officials in the central armed police force, widely known as the paramilitary force, is 29,249, accounting for just 2.98% of the total number of 9,82,391 personnel.

Also read: From Reel to Real Life, Challenges Faced by Women in Police Are Manifold

It has clearly emerged from the data that the top investigating agencies of the country, the Central Bureau of Investigation (CBI) and the National Investigation Agency (NIA), have a dismal representation of women, indicating the presence of a strong glass ceiling in the country’s premier security agencies.

Citing earlier reports of BPRD data, the Deccan Herald observed that there is an inclination towards engaging women police only in situations such as security checks and other specialised duties concerning women. It further noted unless women are assigned “mainstream roles” in the police stations, there would not be much of an impact in the representation of women in the force.

On the other hand, the number of Scheduled Caste (SC) police officials stands at 3.01 lakh, occupying ranks in the range of constable to deputy superintendent of police, in the state police forces. The figures for Schedule Tribe (ST) and Other Backward Classes (OBC) police officials are 2.42 lakh and 5.19 lakh, respectively.

Meanwhile, the data states that West Bengal, Punjab, Bihar, and Jammu and Kashmir have the maximum numbers of people getting police protection, while the all-India figure reduced by nearly 9% in 2019.