Expressing concern over the minor girls' identity being revealed, the court also banned the media from publishing images of the victims. 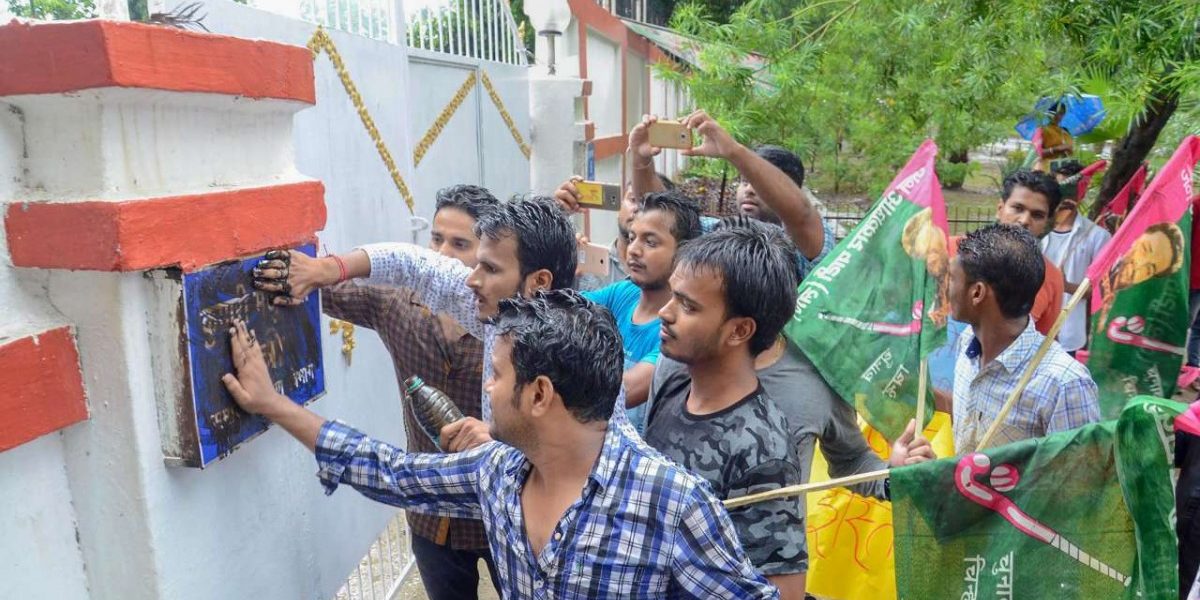 New Delhi: Taking suo motu cognisance of sexual exploitation of minor girls in at least two shelter homes in Bihar’s Muzaffarpur, the Supreme Court on Thursday issued notices to the Bihar government and the Ministry of Women and Child Development (MWCD). The apex court also directed the media not to publish images or videos – morphed or blurred – to protect the identity of the victims.

On July 23, media reports stated that 29 girls aged between 7-17 years had been raped and abused for months at a state-funded shelter home run by NGO Seva Sankalp Evam Vikas Samiti.  Police later said that at least 34 girls were abused out of the 42 sheltered at the home. Medical checkups could not be conducted on two girls because of poor health.

The NGO’s owner, Brajesh Thakur, and ten others implicated in the cases, have been arrested so far.

The exploitation was brought to light by a TISS social audit sanctioned by the Bihar government. Released in May, the audit revealed that inmates of at least six shelters had been sexually abused. Inmates were physically abused – severely beaten – in at least 14 homes, according to a report in the Indian Express. Based on the findings of the audit, the Bihar Social Welfare Department filed an FIR with the police.

The Hindustan Times reported that the girls were given sedatives and were raped when they were unconscious. Another report  in the same daily stated that the girls were forced to strip and spanked if they refused to submit to the demands of the exploiters. The report said that the inmates were not aware of the names of their exploiters, but they were able to recognise the photo of a man shown to them by the police.

Though the police said they would continue to probe the cases, the investigation was taken over by the CBI on July 29, after the Bihar opposition parties put pressure on the Nitish Kumar government.

Subsequently, the Bihar police registered another case against Brajesh Thakur on July 30, on further revelation that 11 women and four children were missing from another shelter home,  also based in Muzaffarpur. Police searched the shelter home and found several boxes of condoms and medicine stored on the terrace. Speaking to the Times of India, DSP Mukul Ranjan said that police had seized condoms, medicines and registers from the shelter home’s premises. The registers contained bank account information and admission details of the women lodged in the home, he said. RJD, Congress and Communist Party of India legislators stage a protest against the Muzaffarpur shelter home rape case, during the ongoing Monsoon Session, outside Bihar Assembly in Patna on Thursday. Credit: PTI.

The NGO’s owner Brajesh Thakur also ran three newspapers. Apart from government contracts to run shelter homes, Thakur’s newspapers have also reportedly received a large number of government advertisements. According to the Economic Times, the Janata Dal (United) has denied any connection to him. “He has no connection with the JD (U). He is not our party’s member. We arrested him within days of his involvement coming to light and he has been in jail for the last two months and his bail has been rejected by courts,” the report quoted senior party leader K.C. Tyagi as saying.

After receiving Press Information Bureau (PIB)-sponsored accreditation two decades ago, Brajesh was also part of the committee that selected candidates eligible for press accreditation. A local journalist told the Economic Times that “The target was government advertisements, which he got in good numbers. Buoyed by the clout he built up, he started two new newspapers in 2012, NewsNext in English and Haalat-e-Bihar in Urdu, and made his son and daughter their editors.”

On Wednesday, the PIB cancelled Thakur’s accreditation and also asked the departments concerned to withdraw benefits such as Central government health scheme, government accommodation and railway pass, accorded to him.