The complainant told the police that the caller threatened her over the phone and asked why she revealed their names and filed an FIR against them. 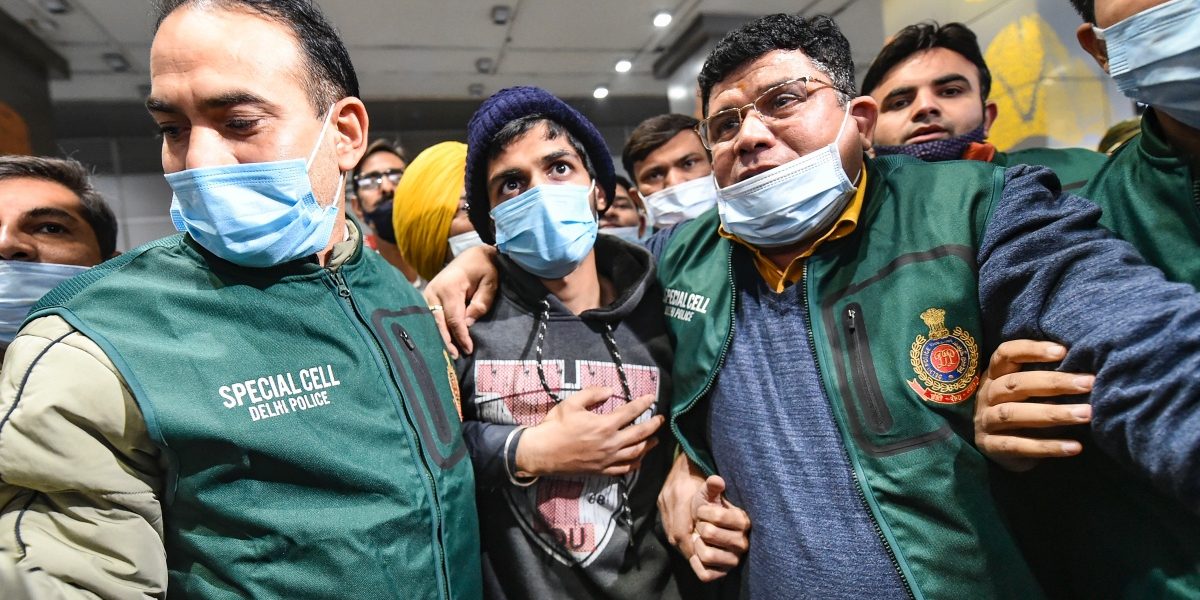 Neeraj Bishnoi, one of the alleged main conspirator in the 'Bulli Bai' case, arrested by Delhi Police from Assam, in New Delhi, January 6, 2022. Photo: PTI/Arun Sharma

New Delhi: Mumbai Police’s cyber department registered a non-cognisable (NC) offence against an unidentified person after a complainant in the Bulli Bai app case told them that she had received threat calls on her phone, an official said on Monday.

The complainant told the police that the caller threatened her over the phone and asked why she revealed their names and filed an FIR against them, the official at the cyber police station in the Bandra Kurla Complex said.

An NC case was registered against an unidentified person on Saturday, he added.

He said the police are investigating how the caller got the mobile phone number of the complainant. No FIR was registered and further investigation is underway, the official added.

The case pertains to the creation of the ‘Bulli Bai’ app, which targeted Muslim women by putting up their images online for “auction”.

The Delhi police’s special cell, which has also registered an FIR in the case, on January 6 arrested one Niraj Bishnoi from Assam. According to the police, Bishnoi was the main creator of the app. Bishnoi had taken to Twitter to abuse the Mumbai police after the others were arrested.

‘Bulli Bai’ is the second such app created in recent times, after ‘Sulli Deals’ last year. The Delhi Police recently made its first arrest in the Sulli Deals case.