Women's bodily autonomy when it comes to reproductive health is not only wholly absent, but the approach the legislature appears to have adopted is regressive and ableist. 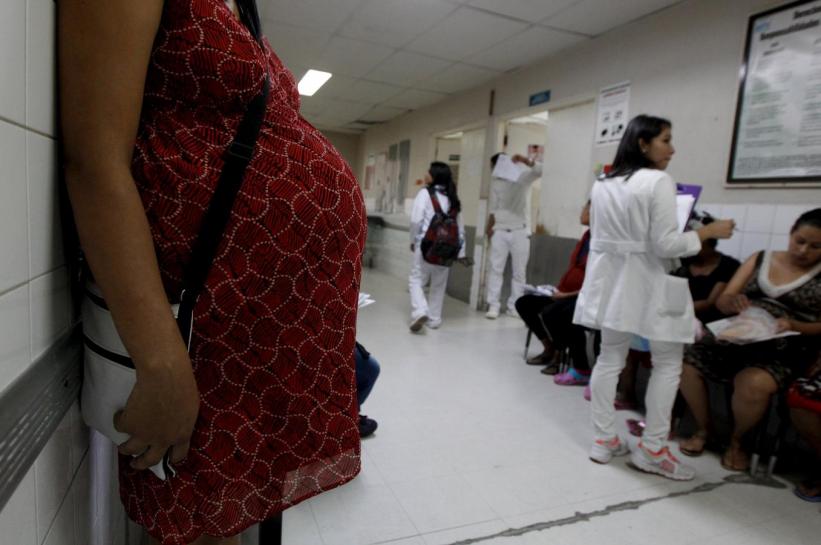 For a woman, a visit to the doctor’s office often involves a question regarding her marital status. The oft-repeated query is put so casually that the dangers associated with answering this question, without comprehending its implications, are left entirely unnoticed by most of us.

While most women may make the connection rather belatedly – that it is just a way of  arriving at a decision about the status of a woman’s sexual activity, such association does not leave a safe space for the woman to provide this intimate detail. The ability to make this connection is accompanied with the understanding of the moral high horse the question rests upon.

In a country where medical professionals have not been trained or sensitised to normalised sexual intercourse amongst consensual adults, even when decisions regarding health are at stake, stringent legal obligations for health professionals are certainly the need of the hour. Without such action by the legislature, one cannot even begin to battle with the challenges associated with women exercising their choices regarding sexual and reproductive health.

The assumptions regarding sexual intercourse, marital status and personal life choices are uncomfortable and disconcerting, to say the least, no matter what medical treatment a woman is seeking. Such questions are tricky to answer in any scenario, but when such query is asked on a visit involving pregnancy for an unmarried woman, it makes an already complicated experience entirely unsettling. The confidentiality women seek at the time of terminating an unwanted pregnancy arises from the stigma associated with sexual intercourse outside of marriage. But when those responsible for your health possess such beliefs, even in a professional setting, women are denied a safe or accessible abortion.

In such circumstances, the arrival of The Medical Termination of Pregnancy Bill, 2020 (MTP Bill) after approximately 50 years after the existing legislation being brought into force, ought to have been accompanied by a number of discussions. Such conversations, though, appear to be entirely missing. The absence of debates which are common-place across the globe regarding choice is not only worrying, but regresses the jurisprudence around such questions.

The Supreme Court has held that decisions associated with reproductive rights and bodily autonomy fall within the realm of privacy. The absence of any form of debate in this regard has been despite the fact that religion does not play as large a role in the politics involving reproductive health rights in India as it does in Western countries. With Christianity and Islam condemning abortion as a practice, a belief system about reproductive rights is far more complex in other countries where religion may dominate policy decisions.

Surprisingly, women’s bodily autonomy when it comes to reproductive health is not only wholly absent in the MTP Bill, but the approach the legislature appears to have adopted is inherently regressive and ableist. We have taking several steps backwards, and have eroded what was painstakingly achieved in terms of jurisprudence. The Bill’s focus continues to be on eugenics over the health of women, and the question of the well-being of a woman even when addressed appears to be secondary.

The MTP Bill has, no doubt, brought about some welcome changes, with the word “partner” replacing the word “husband” in Explanation 1, Section 3. However, such changes in recognising that relationships outside marriage involve consensual sexual intercourse are a negligible effort towards an equal society, particularly in view of the fact that we have had decades to develop the law. The agency of a woman in such a decision has not at all been a consideration of the lawmakers.

It is often ignored that the decision to carry forward a pregnancy could have life-threatening implications for a woman, and the MTP Bill continues to play its part in such patriarchal ignorance. The sanctity associated with motherhood, and the inability for society to accept that a number of women may not possess a desire to bear children continues to be the basis of the approach of the legislature as well.

We have consistently witnessed a well-paced feminist movement in India. However, despite the medical advancement in terms of termination of pregnancies, reproductive health has not received the attention it deserves from the state. This is evident from the objectives of the MTP Bill, which in the absence of a foetal “deformity”, merely envisages termination of a pregnancy either (i) in the event of rape, (ii) where the pregnancy would result in the physical health of the women being at risk, or (iii) where “anguish caused may be presumed to constitute a grave injury to the mental health of the pregnant woman”.

First of all, such limitations on the medical termination of a pregnancy entirely robs a woman of her autonomy to choose to terminate the pregnancy at her will. While it would be safe to assume that women have surely continued to terminate unwanted pregnancies under the garb of “mental health”, the complacency we have in adopting such an approach feeds into patriarchal notions that termination of prospective “motherhood” would certainly be traumatic for any woman.

Also read: Untangling the Legal Knots on Reproductive Rights Is a Step Towards Helping Indian Women

This is not to disregard that a termination of a pregnancy is often a distressing or painful experience for several women. However, such generalisations are not only perilous, but reiterate notions that women can under no circumstance want to terminate an unwanted pregnancy, and may even come out of such experience unscathed. Leaving women with no option but to cite “mental health” as a reason for terminating a pregnancy forces a decision where at the very threshold of such termination, the experience is necessarily made “traumatic”. Moreover, such an approach also contributes to our entirely distorted understanding of mental health as a society.

Even in the event that such situation does in fact affect the mental health of a woman, the determination of  risk is entirely at the discretion of the medical professional. The use of the word “may” in Explanation 1, as opposed to the use of the word “shall” in Explanation 2 of Section 3, regarding “presumption” of “injury to mental health” leaves no room for doubt that the decision continues to lie with the medical practitioner. Regrettably, the MTP Bill does not provide any specifications that the medical professional possessing such sole discretion ought to hold any training in matters of mental health. Consequently, such discretion would lie with the hospital staff or gynaecologist advising the woman regarding the pregnancy. This authority would presumably have no training whatsoever in mental health, and inevitably such discretion would solely be based on personal beliefs or even hospital policies.

In matters where time is of utmost essence, the ability of a woman to exercise bodily autonomy, if any, continues to solely lie upon the medical professional who should be willing to commit what would be a dishonest and unprofessional act. Even with a medical professional who would provide such non-judgmental safe space, it would be at the personal risk of attesting that the pregnancy would be “harmful” to the woman, and thereby entirely strip a woman of her dignity and autonomy.

Tusharika Mattoo is a lawyer practicing in Delhi, and a member of Women in Criminal Law Association.