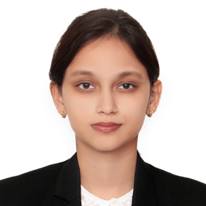 The Kerala high court delivered a landmark judgment last week that deemed marital rape to be a valid ground for divorce. In the case at hand, where the appellant forced his sick wife to have sexual intercourse with him, the division bench comprising Justice Kauser Edappagath and Justice A. Muhamed Mustaque opined that “husband’s licentious disposition disregarding autonomy of wife is marital rape”. The bench held that while marital rape is not penalised in India, it would not deter the court from recognising it as an act of cruelty and granting divorce. They also opined that there is a need for the law to evolve in a manner where human problems are dealt with with a humane approach.

Section 375 of the Indian Penal Code (IPC) categorises acts of penetration sans informed consent as rape. However, it categorically mentions that sexual intercourse with one’s wife who is over the age of 15 will not constitute the offence of rape. The statutory age of consent was raised from 15 to 18 by the Criminal Amendment Act of 2013. Further, in Independent Thought v. Union of India, the apex court, while refusing to engage with the legality of marital rape, held that irrespective of her marital status, a girl child below 18 years of age is incapable of giving consent for sexual intercourse.

The issue of marital rape is not new to the Indian context and shall be incomplete without mentioning the Phulmani case of Bengal. In 1889, a 35-year-old husband raped his 11-year-old wife, leading to her death. Subsequently, the erstwhile British government passed the second Age of Consent legislation, increasing the age of consent from 10 to 12. This move offended many sections of society and invited opposition from prominent leaders including Bal Gangadhar Tilak, who argued that this was an unwarranted interference of the British in the Hindu customs and religion. The Bengali orthodox Hindus insisted that a girl attains sexual maturity by the age of ten and this act impinges upon the sanctity of Hindu marriage.

Matrimony has always been considered to be a sacred institution and attempting to make even minimal rational changes to it invites considerable hostility from the public. That is perhaps why the government, to this date, prefers to not mingle with personal laws. As a result, even two centuries post Phulmani, male dominance in a marriage and non-interference of a third party in a matrimonial dispute continues to be the norm.

In 2005-06, the National Family Health Survey found out that among the 80,000 women they had interviewed, about 92% said that they had been sexually abused by their current or former husbands. The National Family Health Survey of 2015-16 showed no improvement as the data estimates 99.1% of sexual assault cases going unreported. A reference to the National Crime Records Bureau’s statistics would present that less than 1% of such incidents were reported.

The Justice Verma Committee, set up after the December 2016 Delhi gangrape and murder case to strengthen sexual assault laws, reported that the relationship between the victim and the offender is immaterial and focus should solely be maintained on the  presence of consent. In 2015, member of parliament Kanimozhii questioned the government on the floor of Rajya Sabha whether they planned on discontinuing the exception given to married men in Section 375 of the IPC. The minister of state for home affairs, Haribhai Parathibhai Chaudhary, responded that the government has no such intentions since it believes in protecting the sacred institution of marriage. The minister also cited poverty, illiteracy and current social customs as reasons for continuing with the exception.

The panel set up to review the Verma Committee suggestions opined that criminalising marital rape would put the entire family “under stress” and can potentially destroy the institution of marriage. However, it is argued that the act of rape itself has the potential to destroy the institution of marriage. Furthermore, concerns regarding misuse often come up while discussing criminalisation. To this, human rights advocate Vrinda Grover responds by stating that the difficulty in proving the commission of the offence or its possible misuse should not deny the victims from seeking legal recourse.

Penalising marital rape must necessarily come with amendments to the Hindu Marriage Act. According to Hindu beliefs, denying sex goes against the tenets of an ideal Hindu wife. It is also observed that denial of sexual intercourse is a rather common ground for divorce. The Karnataka high court held that denial of sex is a violation of sections of the Hindu Marriage Act and hence a good enough reason to seek divorce. To quote the judgement, “The husband can’t be made to suffer for no fault of his and be deprived of his natural urge to enjoy sexual happiness if the wife is unwilling to share the bed and discharge her duties.” When the shadow of patriarchy weighs so heavily on our belief system, it becomes all the more difficult for women to fight for their rights, even those as fundamental as bodily autonomy.

Justice Hale (1736) in his History of Pleas of the Crown said that, “Husband cannot be guilty of rape committed by himself upon his lawful wife.” He reasoned that once the couple is legally married by their mutual consent, the wife is to be assumed to have given her consent for sexual intercourse to her husband for as long as the marriage might last. The courts view marriage as a contract which requires the wives to have sexual intercourse, a contract they cannot retract. The “duty” of sex is equally distributed by law but it is more than obvious that it works to the advantage of men.

Battered wives and victims of marital rape have a lot in common. In both cases, women are taught to be submissive, not complain and voice their concerns. The reason why victims of both kinds still choose to stay in the matrimonial home despite facing such atrocities is the mindset that they “deserved it” or “needed to be hit” or the lessons passed down generations that “husbands are supposed to hit their wives”.

Also read: India Needs to Have a Serious Conversation About Consent, Marriage And Marital Rape

It is commonly assumed that women cannot be raped by family members. This assumption comes from the fact that we cannot fathom a daughter being raped by her father or a husband ‘raping’ his wife, since we see it as gross violation of the sanctity of relationships which are supposed to be based on love and sentimental ties. But this does not negate the fact that it happens.

Pauline Bart examined 1,070 questionnaires and the study concluded that 5% of them were raped by relatives, 4% by husbands, 1% by lovers, 3% by ex-lovers and 8.4% by men who they shared intimate relationships with.  That brings us to the conclusion that less than 41% of women were raped by absolute strangers.

Another view of looking at it is that the act is less sexual and more of power. As Bart puts it, rape is a “power trip, not a passion trip”. The barbaric treatment meted out to the wives is an act of hostility which is basically an attempt to exercise power over a woman; which in the case of marital rape, is a husband trying to assert his power and control over his wife. The husband sexually assaults the wife as a means of curbing her dissent and of course, to gain power and control over here.

If the courts aren’t accepting the concept of marital rape, it doesn’t mean that wives are not being raped by their husbands. They themselves are victims of the ideology of “women being men’s chattel”, which has denied women the opportunity to perceive their own sexual victimisation. It is about time we honour our women and their right to bodily autonomy and join 150 countries around the world in criminalising marital rape.

Pranshu Bharti  is a law graduate from the National Academy of Legal Studies and Research, Hyderabad.