The ‘Goat Bank of Karkheda’, started by agriculturist and educationist Naresh Deshmukh in Akola district, has helped many women overcome their debt-ridden life. 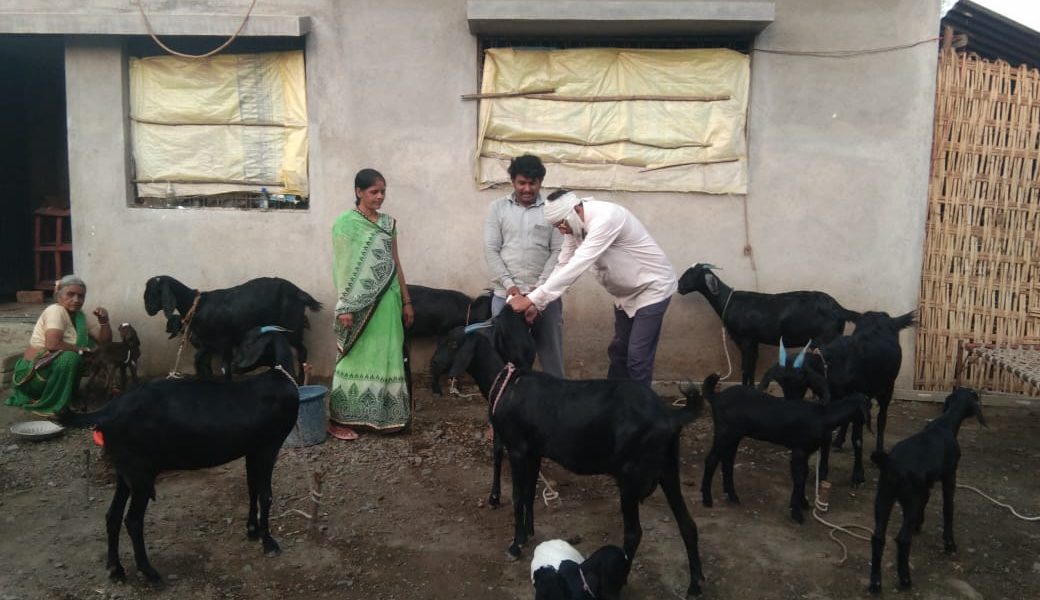 A photo of the goat bank of Karkheda. Photo: author provided

Mumbai: Pratibha Patil’s family has come a long way. Just two years ago, as landless agricultural labourers in Sangavi Mohadi village in Akola, Patil and her husband toiled for over nine hours on the land of the rich to earn their collective sum of Rs 350 per day. Today, Patil owns over 25 goats and no longer needs to work as a daily wage labourer.

A novel initiative, the ‘Goat Bank of Karkheda’, started by an agriculturist and educationist Naresh Deshmukh in Akola district, helped Patil overcome her debt-ridden life. “Two years ago, I paid Rs 1,100 to get a pregnant goat from the (goat) bank,” Patil says. The goats multiplied in no time, and today, Patil has over 11 grown ones that are ready to be sold. “I recently sold a male goat for Rs 35,000,” she proudly shares.

The concept is simple: pay Rs 1,100, and get a goat, most likely a pregnant one. In the 40 months to follow, the buyer takes care of the goat and her lambs. Within this span of 40 months, four lambs are to be returned to the bank. The returned lambs are then raised at the bank and when they grow old enough, they are sold to four other women for Rs 1,100 each.

“Every six months, the goat gives birth to a twin or a triplet. Returning four lambs in over three years in lieu of a well-established business is barely a problem,” she said.

Patil was one of the first persons to have bought a goat from the bank. Her success influenced three more families in the Sangavi Mohadi village, she said. Word spread soon, and today, over 1,250 women across nine districts of Maharashtra are buying goats from the bank. 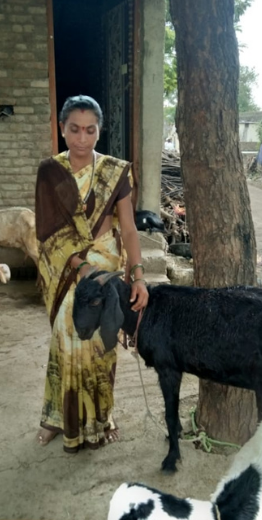 After a successful pilot run in Karkheda, Akola, the bank has now been integrated into Mahila Arthik Vikas Mahamandal (MAVIM), the Maharashtra state women’s development corporation. Deshmukh said that the integration has helped reach women from across the state. Besides, Deshmukh shared, neighbouring states like Madhya Pradesh and Chhattisgarh are also in the process of replicating the project. “Many district collectors and other administration officials from Madhya Pradesh and Chhattisgarh have visited the bank and are keen on adopting the model,” Deshmukh said.

It took Deshmukh over five years to work out the plan. As a student of economics, Deshmukh knew the project would gain momentum eventually. But in the beginning, the project had begun as a small experiment in Karkheda village. In the drought-prone Akola district, most families were dependent on agricultural produce. “And when the crops failed, sustenance became difficult,” he added. The impact of this, Deshmukh realised, was worse felt by the women of the family. “Most women here work on their own or on others’ farms. They barely earn enough to take care of themselves. We considered making women self-reliant was the way forward.”

Not just women but the bank too has made a sizeable profit. “In less than three years, we have managed to expand our work to nine other districts besides Akola,” Deshmukh said.

The project, along with selling goats to women has also focused on spreading economic literacy among women. “Setting up a profit-making business requires certain business acumen. Our volunteers work closely with these women and help them in the process of raising these goats and eventually selling them too,” he added.

The district coordination officer working under MAVIM is assigned the job of identifying eligible women for the project. Varsha Gaikwad, a coordinator at Akola explains that different criteria have been set while processing the applications. “Women who have been regular in paying their loans and have good credit points are immediately chosen under the scheme. More than her capacity to pay back, we are looking for a long-term commitment to continue the project work,” Gaikwad said.

She said it is mainly the landless labourers or farmers with very small landholdings who have availed of the service. “Most of these women belong to the poor Scheduled Caste, Scheduled Tribes and Other Backward Classes communities. We too wanted women who are in dire need of financial independence to buy from the goat bank and the initial success shows that we are on the right path,” she added.