Lucknow Fares Worst Among Cities When it Comes to Crimes Against Women: NCRB Data 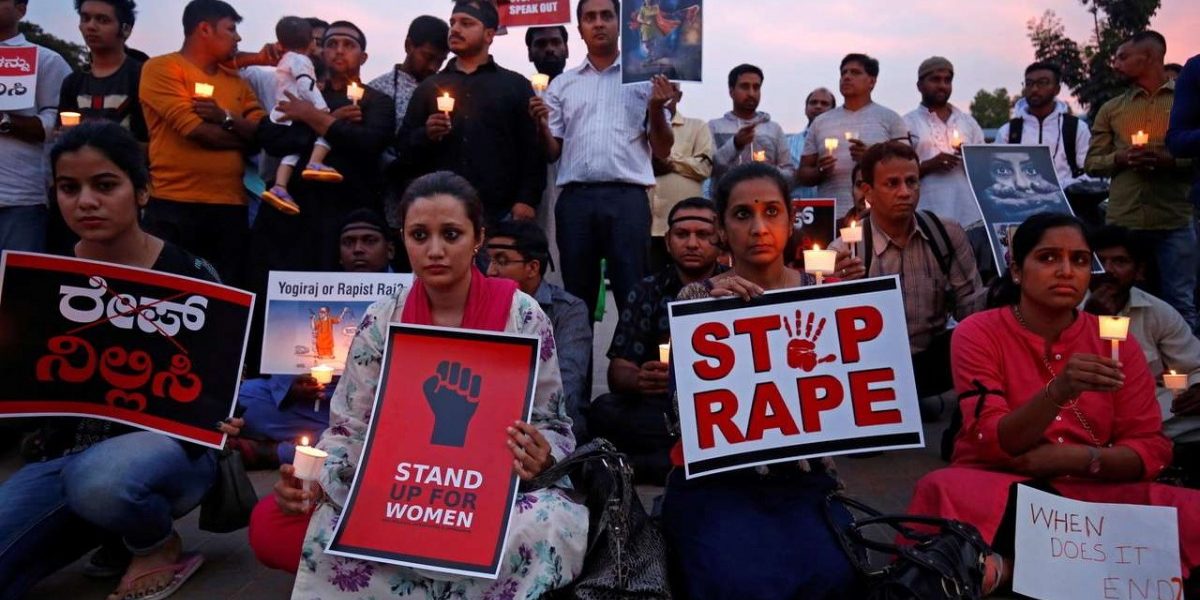 File photo of a demonstration against rape. Photo: PTI

Times of India has reported that more than seven cases of such crimes were reported every day in 2018, in the state’s capital.

The city also registered the highest number of cases of harassment of women in public transport, compared to other cities.

As many as 2,736 crimes against women were registered in 2018. The city is followed by Delhi, Indore, Bengaluru, Mumbai and Pune.

Significantly, crimes against women increased in the city by more than 10% for the second consecutive year, reported TOI.

“At least two women were kidnapped daily in 2018 with total 636 reported in the year. Of these, 345 were being compelled for marriage. Women and girls of all age groups, even unborn, fell prey to some crime or the other,” the report reads.

In a report for The Wire in 2019, Deepanshu Mohan and Niharika Yadav note that amidst dropping of criminal charges against the BJP’s own ministers and rising crimes against women, the very pretense of ‘improving law and order’ in India’s most populated (and electorally significant) state remains an illusion.

Several cases of crimes against women by the likes of former Union minister Chinmayanand and a BJP MLA Kuldeep Sengar have cemented the lack of recourse survivors have in such cases. In the former, the Shaharanpur law student who had allegedly been raped by Chinmayanand was slapped with extortion charges. In the case of the Unnao rape for which Sengar has been convicted, the survivor’s father and aunts have died under questionable circumstances believed to have been orchestrated by Sengar and his men.

Notably, when Yogi Adityanath assumed seat as chief minister of Uttar Pradesh, one of his first executive decisions was to roll out ‘anti-Romeo’ squads to ‘protect the honour of women’.

However, the operations of these squads were soon deemed suspect as they had a distinct touch of moral policing as they ‘picked up boys for questioning’, harassed couples for ‘indecency in public’, and called up the parents of youngsters to apprise them of their children’s ‘activities’.