At a TV programme featuring a live caller who complained of torture, M.C. Josephine reportedly told the woman, "Then you suffer," when she said she hadn't contacted police. 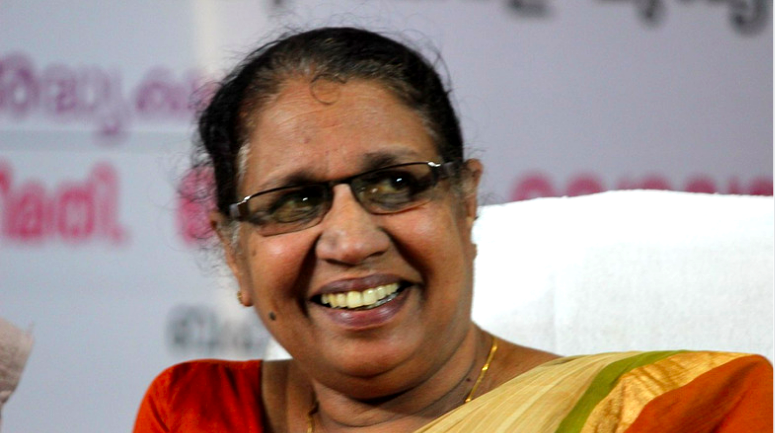 New Delhi: Kerala Women’s Commission chairperson M.C. Josephine has reportedly resigned from her position after outrage over her remarks to a domestic violence victim in a television show.

Josephine appeared on a live programme at a Malayalam language channel on Wednesday, June 23. A woman from the state’s Ernakulam district called in and spoke of physical torture by her husband and mother-in-law, Indian Express has reported.

First, Josephine asked her why she did not complain to the police and when the woman told her that she had not spoken of it to anyone, Josephine snapped in Malayalam, “Oh, then you suffer.”

Josephine then advised the woman to go to a family court. “Did you understand what I said? If you don’t want to live with your husband, you should get a good lawyer and approach the family court to get the dowry back and compensation,” she said, according to Express.

However, since her comment, video clips of the show have been shared multiple times on social media and have led to opposition leaders demanding her resignation.

It is not known whether Josephine meant to exhort the woman to take action or if she was being dismissive of her plight.

Some of the video clips in circulation which have been subtitled in English, show Josephine complaining about the noise in the background, but also asking the victim questions on whether she has children and on the nature of abuse she has received. The Wire has not been able to independently confirm the accuracy of the subtitles or the audio accompanying the footage.

Opposition leaders like RMP’s K.K. Rema have sought to highlight how Josephine’s remarks carry no promise of support or relief for the victim but place the onus on her for recourse.

Josephine, who is a central committee member of the ruling CPI(M) party, had reportedly first claimed that her statements were being twisted. In a press statement, later, she expressed regret.

“[She] said that she was only speaking like a stern mother,” The News Minute reported on her apology.

In a meeting at the CPI(M) state secretariat in Thiruvananthapuram, Josephine was also allegedly asked to explain her conduct.

“But despite her clarification, many members of the secretariat are learnt to have censured her for making such comments while assuming a constitutional post. It’s at the party’s insistence that Josephine submitted her resignation,” Indian Express has reported.

The News Minute has cited how earlier this year, Josephine’s comments to a 87-year-old woman’s relative also led to outrage because they were perceived as insensitive. In 2020, she allegedly snapped at a reporter when asked on charges of crimes on women against CPI(M) members.

Josephine is not the first position-holder in a Women’s Commission to invite outrage with a comment.

Earlier in June, a member of the Uttar Pradesh Women’s Commission, Meena Kumari, had said that young women’s mobile phones should be monitored as they use them to talk with men and then elope with them.

In January, a member of the National Commission for Women, Chandramukhi Devi, had said that the Badaun gangrape-and-murder incident, involving a 50-year-old Anganwadi worker, could have been avoided had the victim not ventured out in the evening.