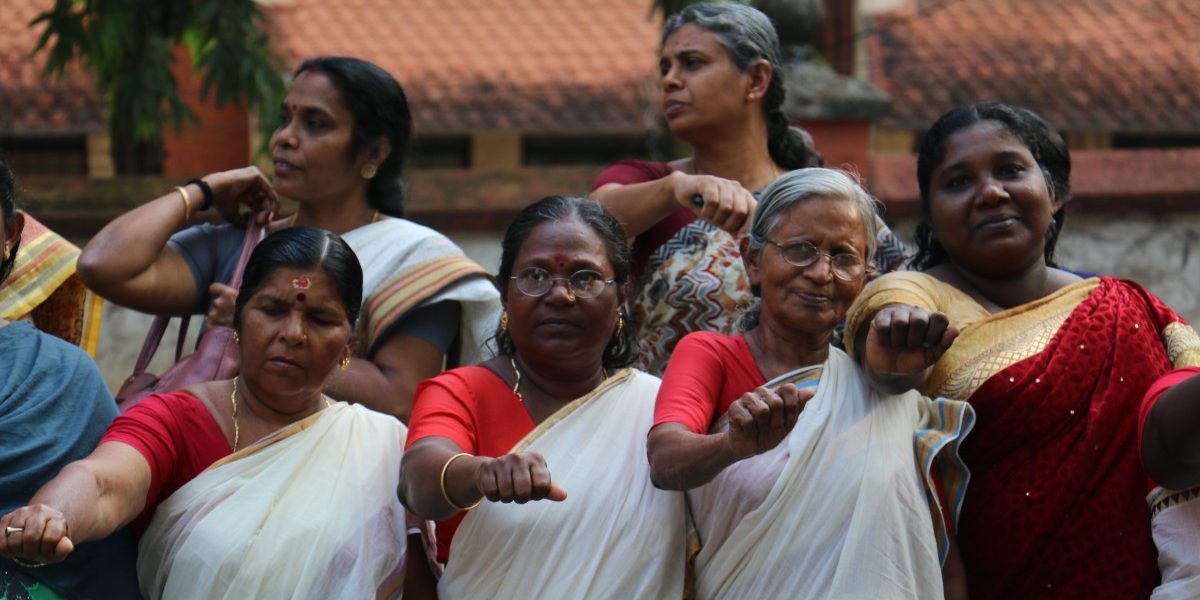 In a first, over 35 lakh women stood shoulder-to-shoulder across national highways in Kerala, creating a 620 km-long human ‘wall’ from the northern end of Kasaragod to the southern tip in Thiruvananthapuram on Tuesday, as part of a state-sponsored initiative to uphold gender equality.

The event comes days after thousands of devotees lit ‘Ayyappa Jyothis’ and lined up from Hosangadi in Kasaragod to Kanyakumari, vowing to protect the ‘customs and traditions’ of Sabarimala. 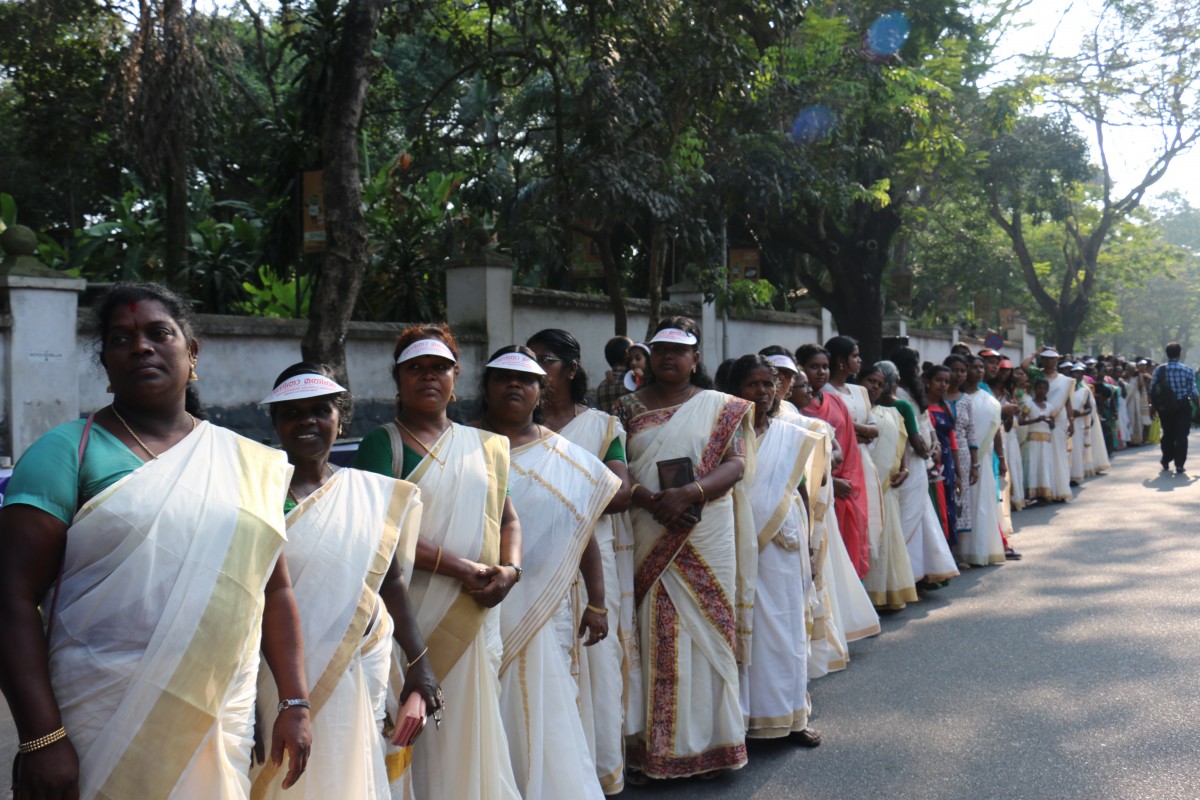 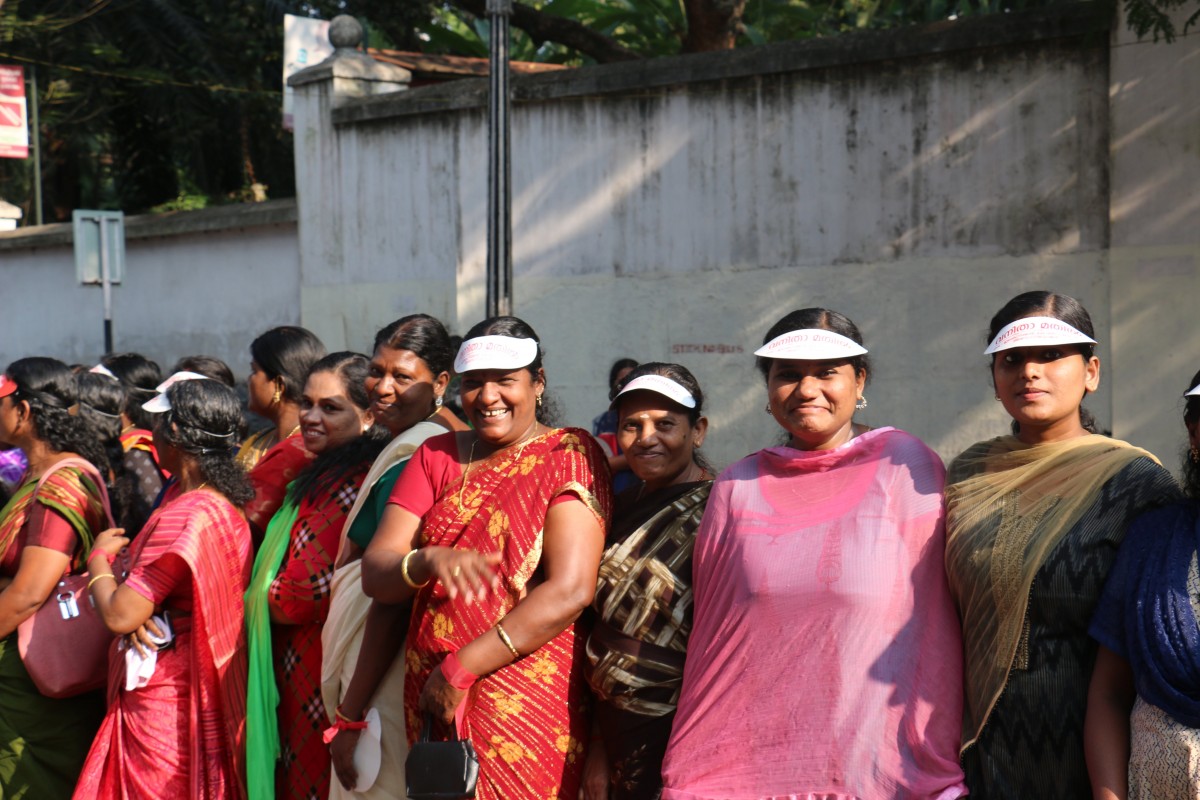 On Tuesday, women from various walks of life – writers, athletes, actors, politicians and techies, government officials and homemakers – stood across the highways crisscrossing through the 14 districts in the state as the event commenced at 4 pm.

The ‘Women’s wall’ was conceived in the backdrop of frenzied protests witnessed in the hill shrine of Lord Ayyappa at Sabarimala after the CPI(M)-led LDF government decided to implement the Supreme Court verdict, allowing all women to pray at the Ayyappa shrine.

Representatives of Universal Record Forum (URF), which records amazing feats across the globe declared the human wall as the “longest women’s wall in the world” with participation of over 35 lakh women. CPI(M) state secretary Kodiyeri Balakrishnan claimed 55 lakh women lined up for the ‘wall’.

CPI(M) polit bureau member Brinda Karat, who was the last member of the human wall at Thiruvananthapuram, said women in Kerala have scripted history by erecting a “human wall of resistance” against the dark forces.

She also lashed out at the Bharatiya Janata Party, saying it was using women for its “toxic, divisive, anti-women political goal” and asked women not to be the pawns in the hands of those who have no thoughts about the future of women. 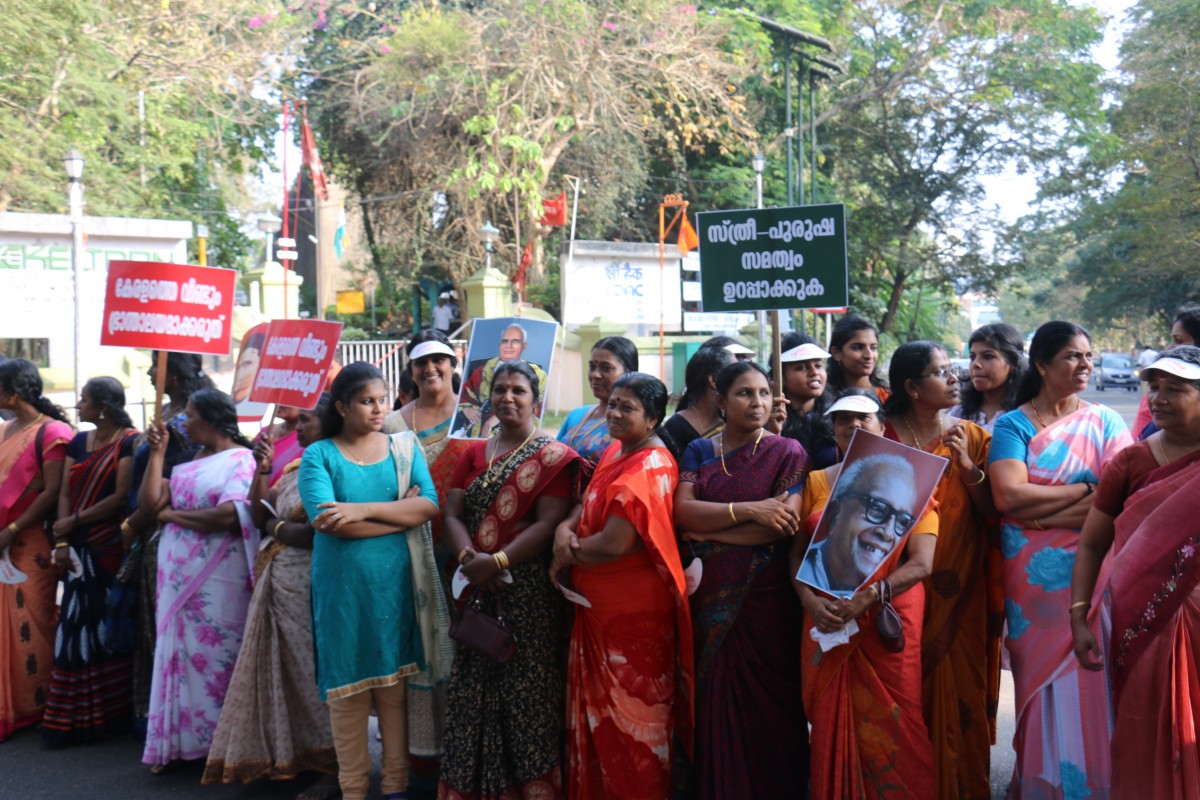 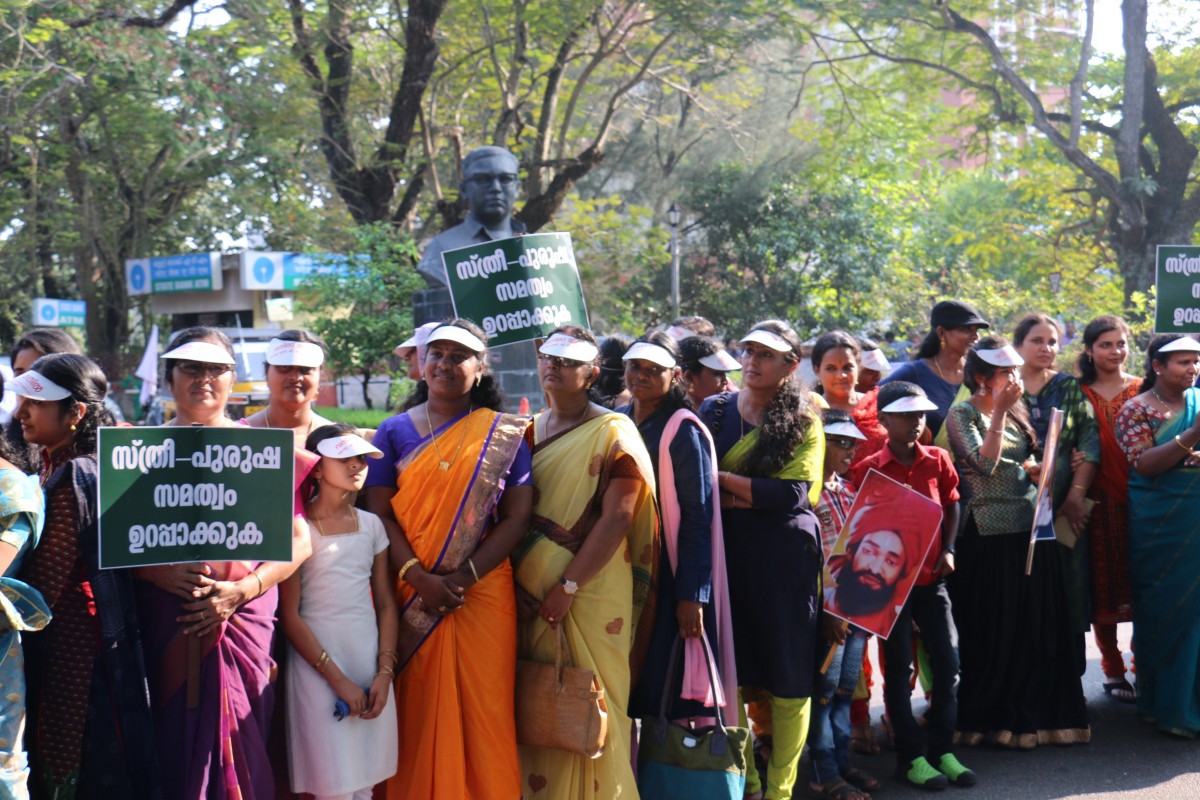 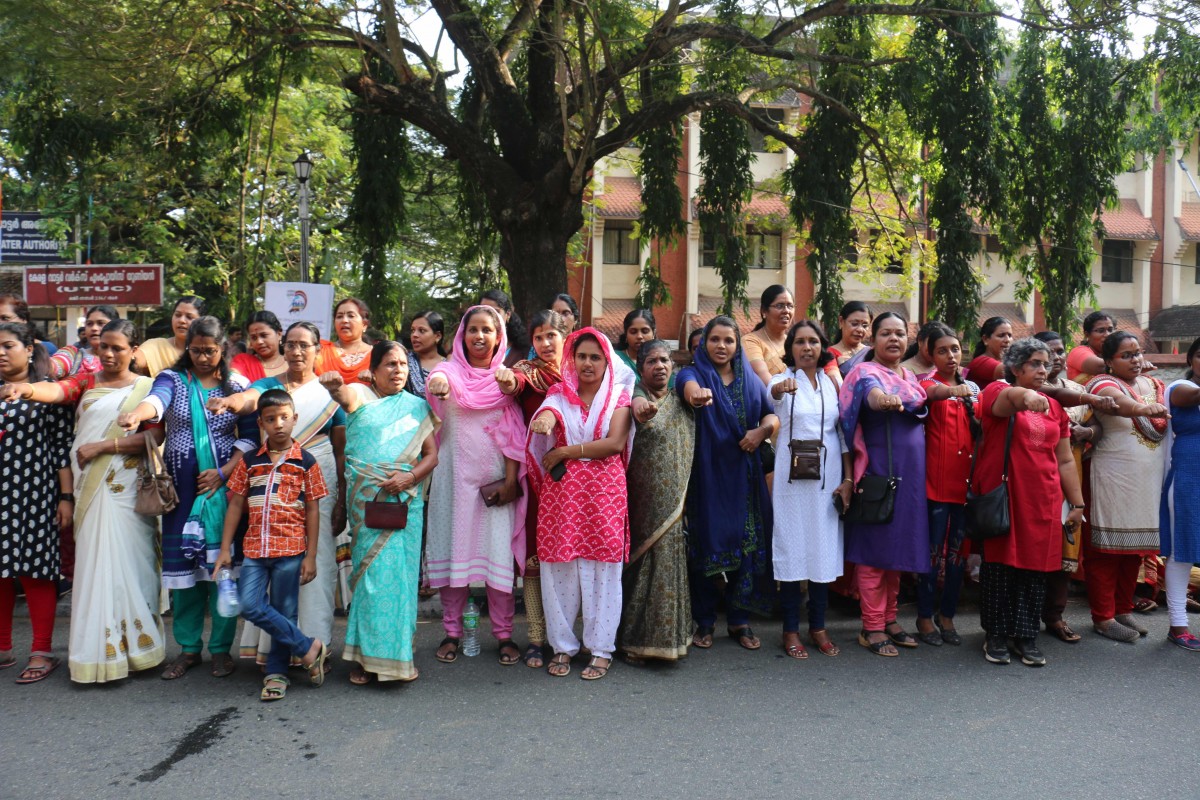 Chief minister Pinarayi Vijayan, his cabinet colleagues and Communist veteran V.S. Achuthanandan were among those who were present at the public meeting after the formation of the wall.

Vijayan garlanded the statue of Ayyankali, a social reformer, before the start of the event.

The wall has become a movement against gender discrimination faced by women and to protect their constitutional rights, he said.

The initiative also witnessed a group of the Jacobite faction of the Christian community lining up in support of the wall along with members of the Muslim community.

Congress expressed its ire against the wall and said, “Kerala society has dismissed the government’s much-hyped event.”

The BJP state leadership dubbed the wall a “total failure” and waste of government funds and machinery. 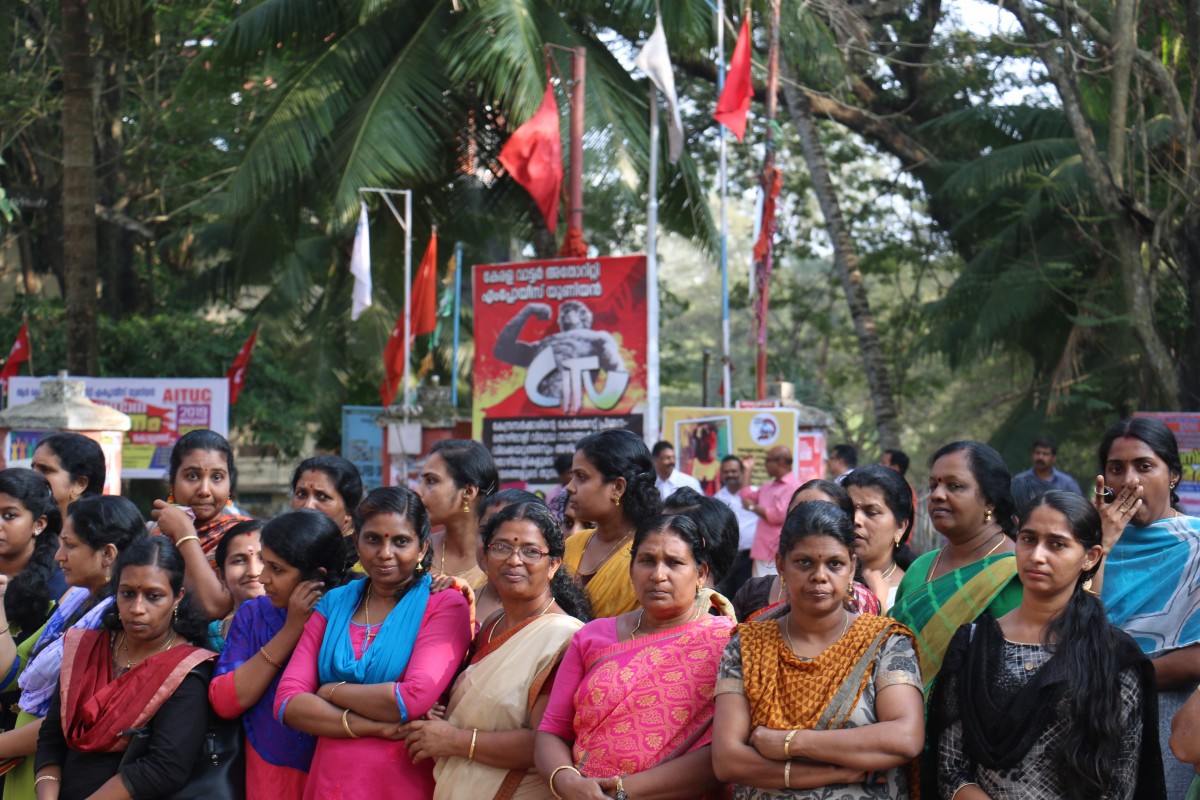 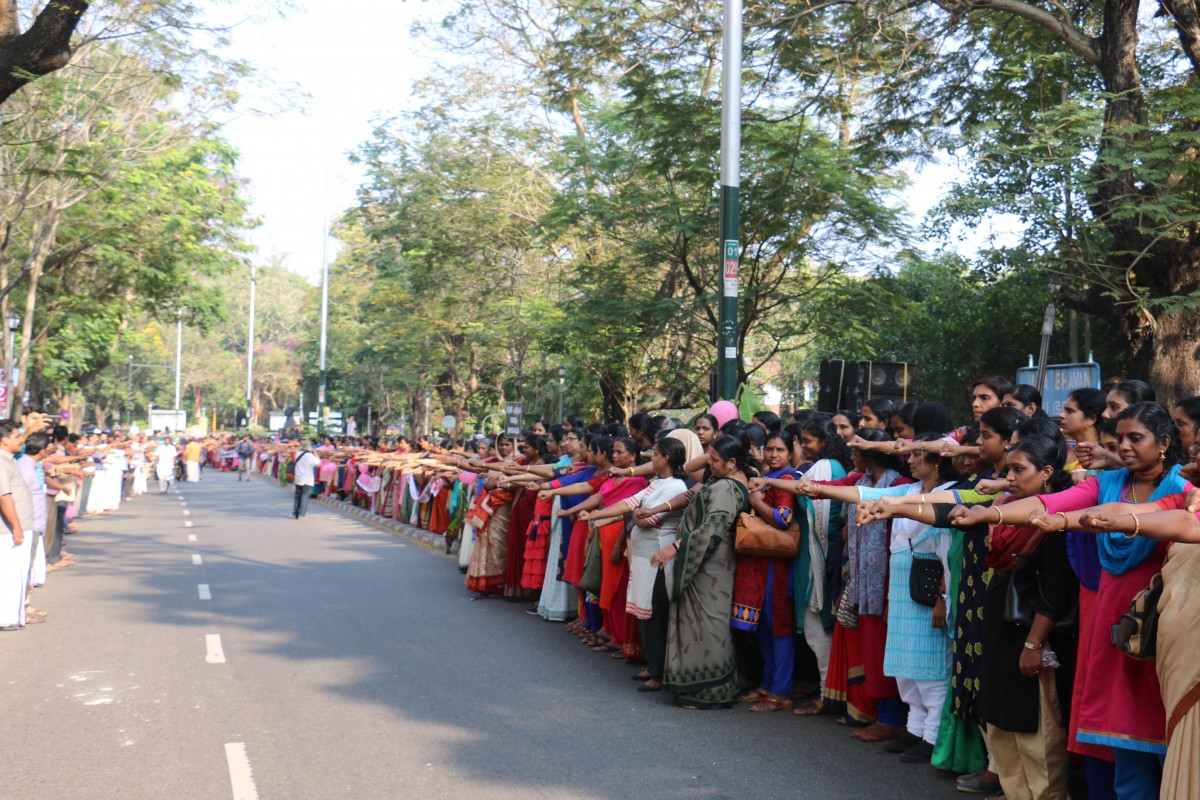 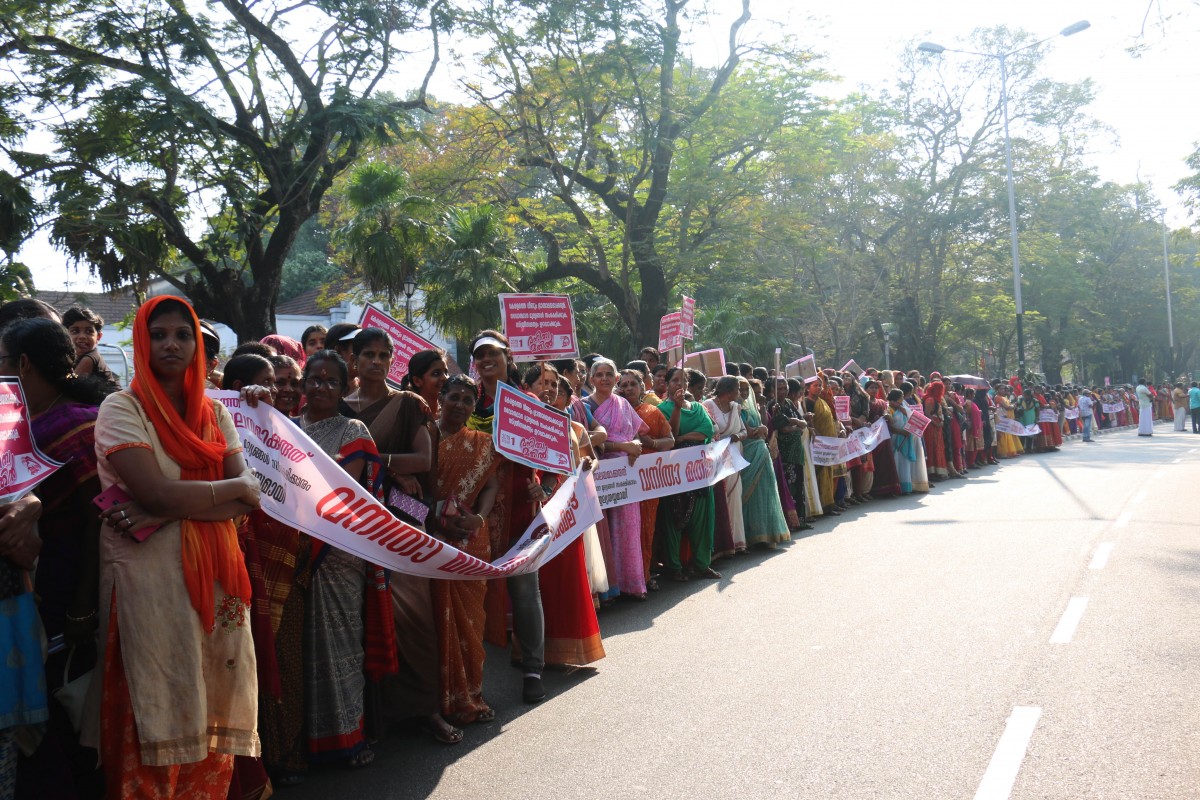 Participants were reportedly attacked at Chettukund in Kasaragod district, allegedly by some BJP-RSS workers. They hurled stones at the women and policemen, injuring three personnel, police said, adding that they had to fire in the air and burst teargas shells to disperse the attackers.

Media personnel of two television channels were also attacked and reportedly forced to delete the visuals of the incident.

A group of women in New Delhi on Tuesday also expressed solidarity with their counterparts in Kerala by holding a demonstration outside Kerala House at the national capital’s Jantar Mantar road, where members of National Federation of Indian Women held placards saying, “Equality and Justice is Women’s Constitutional Right”.

The ‘Women’s wall’ was suggested at a meeting called by the Kerala government, following massive protests by right-wing parties and a section of devotees over the government’s decision to implement the September 28 apex court order, allowing women of all ages to offer prayers at Sabarimala. 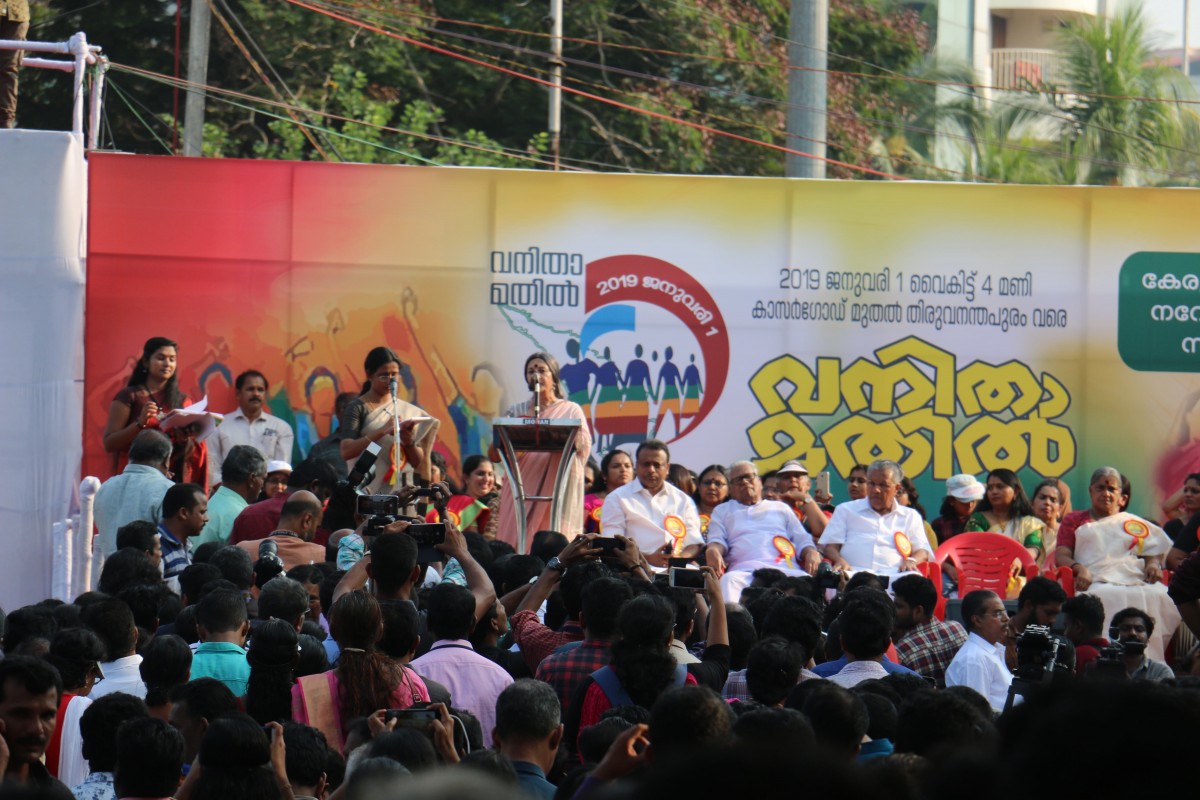