Karachi Eatery Under Fire For Trivialising Trafficking in Marketing Campaign

The restaurant, Swings, has been criticised for using a scene from the film 'Gangubai Kathiawadi', in which a sex worker, after having been trafficked and left at Kamathipura, attempts to get a customer. 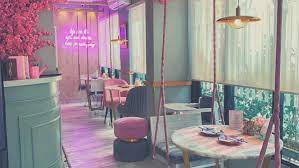 Karachi: A popular restaurant in Pakistan’s Karachi city has come under fire after it used a scene from the Sanjay Leela Bhansali film Gangubai Kathiawadi to promote a “men’s day” special.

The restaurant, Swings, faced ire on social media for using a painful scene from the film in which a sex worker, after having been trafficked and left at Kamathipura, attempts to get a customer.

The film is based on the real life story of Gangubai, a sex worker who was famous for having fought for the rights of women.

The film’s footage and dialogue was used by the restaurant in a post that read: “Aja na Raja – what are you waiting for? Swings is calling out all the Raja’s out there. Ajao and avail a 25% discount on Men’s Monday at Swings!”

Content creator Daniyal Sheikh wrote in a Facebook post: “What is this? It’s promoting sexual abuse of women and literally making fun of women who are forced to be a prostitute. Try to be responsible.”

“If you guys think that this is some sort of marketing strategy and this will gain you some attention and customers then you’re sadly mistaken! Using a clip from a movie based on prostitution just shows how low and shallow you can get just for publicity, another user wrote.

Another user wrote that they didn’t expect such an advertisement from the restaurant and that they were “extremely disappointed” with the marketing gimmick.

Facing massive criticism on social media and by its customers, the owners of the restaurant issued a note which only led to more criticism.

It initially doubled down with a “Movie kare tou aag, restaurant kare tou paap” quip, according to Indian Express. This translates to, “If a film does it then it’s explosive but if a restaurant does it, it is a sin.”

The caption said, “Just a concept. We didn’t mean to hurt the sentiments of anyone. The movie and this post is based on a concept. Like before, we’re open to all and will be serving you with the same love like we always have.”

Many then called out Swings for a terrible marketing team and its shallow statement.

However, the restaurant’s social media page has since then posted two new images which appear to harness a transgender character of the film.

“At this point…. just stop. It’s not funny. Nobody’s laughing,” reads the top comment in one of the posts.