Heard testified that Depp physically or sexually assaulted her more than a dozen times. Depp denied hitting her and said she was the one who turned violent in their relationship. 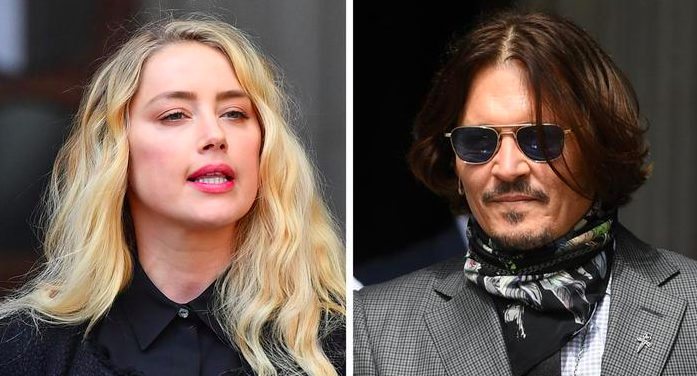 A jury in the United States on Wednesday found Amber Heard liable for defaming her ex-husband Johnny Depp, and the judge ordered she pay him $10.35 million (roughly €10 million) in damages. The jury had recommended $15 million.

The jury also found in favour of Heard in some aspects of her counter-suit against Depp, specifically that he defamed her, through his attorney, and awarded her $2 million.

“The jury gave me my life back. I am truly humbled,” Depp who wasn’t in court for the verdict, said in a statement.

Heard said she was heartbroken by the verdict. “I’m even more disappointed with what this verdict means for other women. It’s a setback. It sets back the clock to a time when a woman who spoke up and spoke out could be publicly humiliated. It sets back the idea that violence against women is to be taken seriously,” she said in a statement posted on her Twitter account.

Depp sued Heard for $50 million (€53 million) for defamation after she wrote an op-ed in the Washington Post describing herself as “a public figure representing domestic abuse.” Heard filed a $100 million counterclaim after Depp’s attorney called her claims a hoax.

The jury ruled Depp was defamed by a passage in the article and by the headline, which read: “I spoke up against sexual violence – and faced our culture’s wrath. That has to change.”

Jurors rejected two of Heard’s three counterclaims. They concluded she was defamed when an attorney for Depp told a media outlet that Heard attempted to stage property damage to show police after an alleged fight.

“Amber and her friends spilled a little wine and roughed the place up, got their stories straight under the direction of a lawyer and publicist,” the statement said in part.

Depp, Heard both impacted by the fallout

During the six-week trial the Hollywood stars accused each other of abuse before and during their two-year marriage.

Heard testified that Depp physically or sexually assaulted her more than a dozen times. Depp denied hitting her and said she was the one who turned violent in their relationship.

The seven-person civil jury deliberated for about 12 hours over three days.

The trial was followed by millions of people on social media and broadcast live on television.

Much of the waning days of the trial focused on the aftereffects of both claims, with Depp testifying, “I lost nothing less than everything” and Heard accusing him of trying to erase her ability to work.

“Now as I stand here today, I can’t have a career,” Heard testified at the close of the trial, breaking down on the stand for the second time. “I hope to get my voice back. That’s all I want.”