Pro-choice voices will, however, need to stay strong to ensure the draft legislation does not get diluted and a patient-centric, rights-based approach to abortion services is maintained. 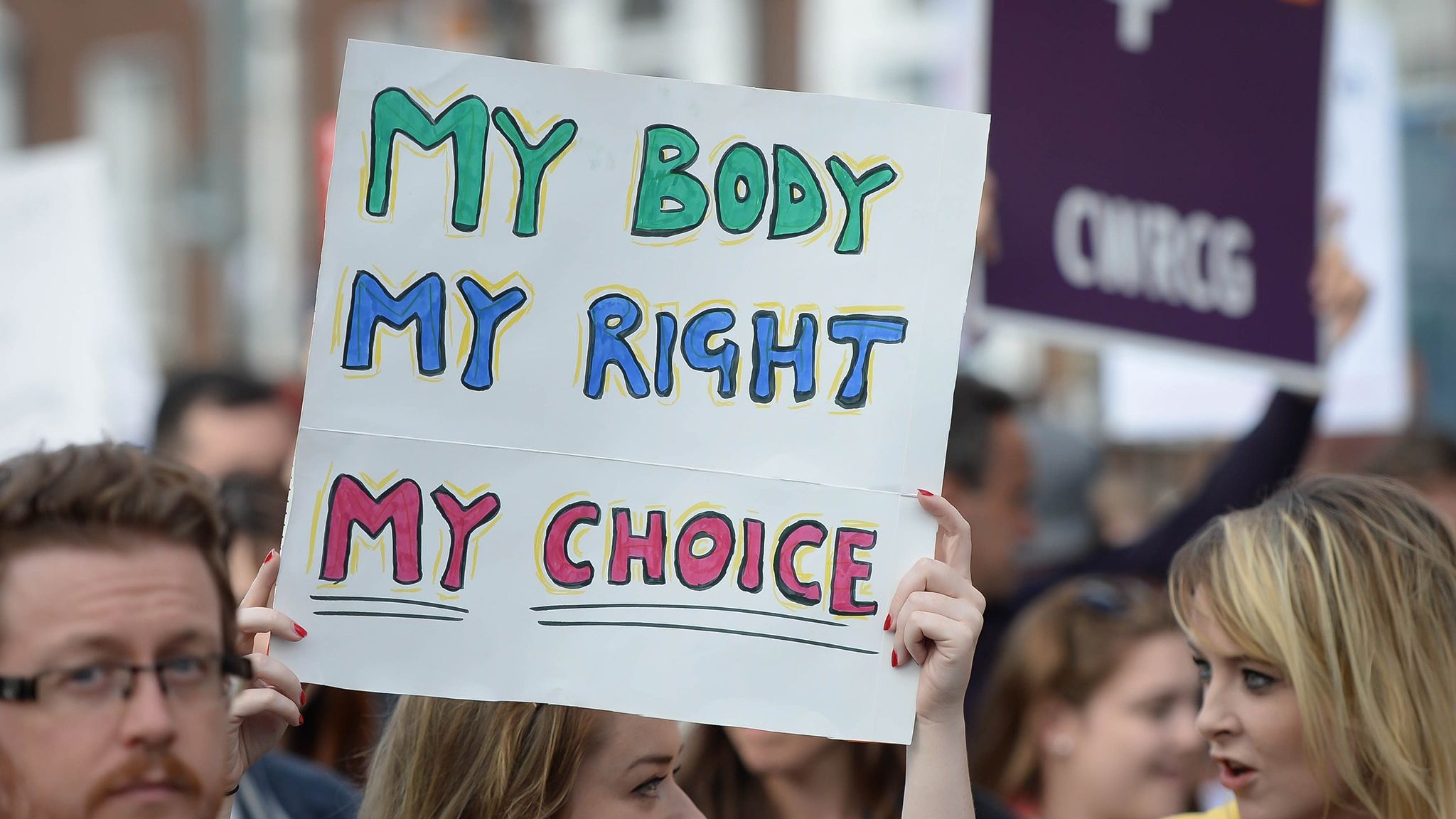 Campaigners for the 'Yes' vote have already expressed their intentions to start campaigning for similar liberalisation of abortion laws in Northern Ireland. Credit: Reuters 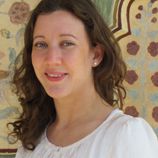 Sixty-six percent of voters at Ireland’s referendum have voted to repeal the Irish constitution’s 8th amendment with the Irish Prime Minister Leo Varadkar calling the event a “quiet revolution” for women’s rights. The 8th amendment grants an equal right to life to the unborn and the pregnant person – effectively prohibiting access to abortion. The constitutional provision will now be repealed and new legislation will replace it.

Many media sources had predicted the result to be too close to call but when the vote counting ended, only one constituency, Donegal, had voted to keep the 8th amendment. The win has been considered by many to be a landslide. Ireland is one of the most socially conservative and deeply Catholic states in Europe and ‘shy’ voters who may have felt too nervous to publicly disclose their vote before the referendum for fear of social pressure or judgment is one reason why it was a difficult outcome to predict.

Young and urban voters played a critical role in affecting the balance of votes: an Ipsos/MRBI exit poll declared 87% of 18 to 25-year-old voters voted to repeal, and final counting showed 75.5% of voters in Dublin voted to repeal the 8th amendment. The socially-conservative, rural Western seaboard states surprised campaigners with a 62% vote in favour of repeal where some of the constituencies had been expected to return a no vote. Referendums in Ireland are relatively common: the 8th amendment itself was the result of a referendum in 1983 where 66.9% of the voters were in favour of introducing the provision. The turnout then was 53.6%. Reports indicate 64% of all eligible voters turned out this year.

In many senses, this referendum, unlike others that have preceded it on issues of legalising divorce or allowing same-sex marriage, has been an interesting clash between the modern and the traditional. Social media has played an undeniable role in creating momentum to encourage young people, especially from the British mainland, to travel home to Ireland to vote, with some flying in from as far as New York and flying out on the same day.

Social media’s influence was also recognised in this election where Google and Facebook stopped running adverts supporting one side of the campaign acknowledging their powerful influence. As part of the ‘No’ campaign, men have been seen praying on the tops of holy mountains and carrying statues of the Virgin Mary to Ireland’s coastline to protect its national laws. 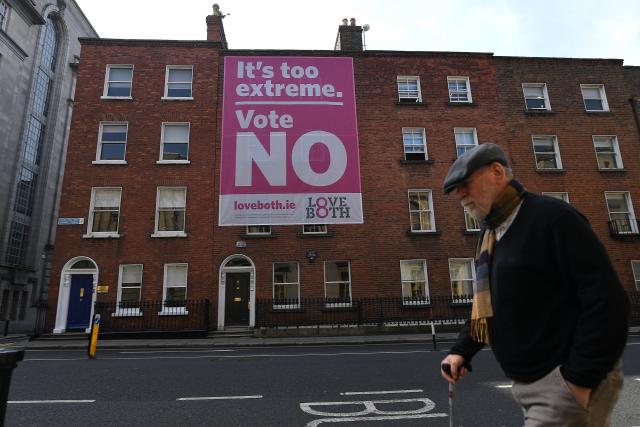 A man walks past a pro-life poster draped over buildings in Dublin, Ireland. Credit: Reuters

The 8th amendment’s strict interpretation of a woman’s and a foetus’s competing right to life, and the provision’s promise to guarantee and respect “as far as practicable” “to defend and vindicate” the foetus’s right to life has made access to legal abortion services within Ireland almost completely impossible. Women with a wanted pregnancy where the foetus had a medical condition that prevents it from being compatible with life are often advised to let nature take its course and are not given any information on their medical options. Accessing or providing medical termination of pregnancy services, or providing information on accessing abortion within Ireland, are both criminalised with significant prison sentences attached.

Women with health problems in Ireland are also often denied life-saving treatment if there is a fear the foetus’s survival or development may be put at risk. The preventable death of Savita Halappanavar in 2012 was the subject of many headlines. Whilst it was clear that her foetus was in distress and that she was developing sepsis, she was denied a life-saving termination of pregnancy.

Professor Sabaratnam Arulkumaran, former president of the Royal College of Obstetricians and Gynaecologists, and the chair of the inquiry into Halappanavar’s death, largely blamed the 8th amendment and the fear of criminal action it creates if doctors provide what may be deemed to be an illegal abortion.

Halappanavar’s case does not stand alone. Women in Ireland have been denied cancer treatment; have been subjected to forced medical intervention, sometimes including significant surgical procedures without their consent, in the interests of protecting the life of the foetus. Women have also faced injunctions preventing their travel abroad to access abortion services, even when the woman was a suicidal teenager whose pregnancy was due to rape. 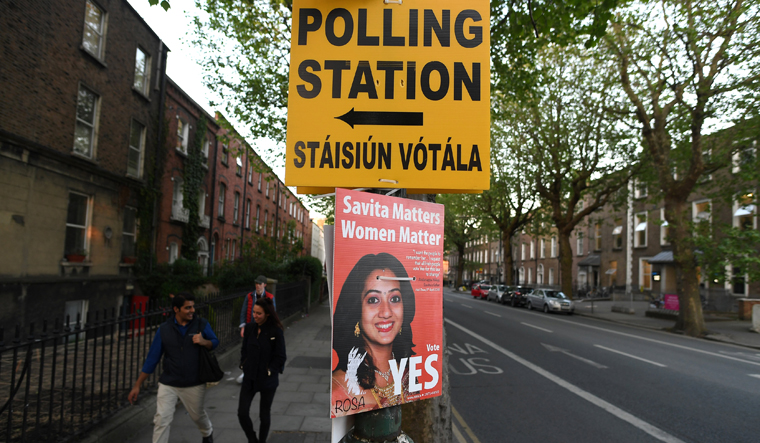 The 8th amendment was blamed for the death of Savita Halappanavar. Credit: Reuters

The Irish Parliament will now move to repeal the 8th amendment and replace it with new legislation. The draft legislation as it stands will be debated by parliament before it comes into force. The law is likely to have four provisions. The first will allow abortion without a medical reason up to 12 weeks. In this case, a woman will need a doctor’s confirmation that her pregnancy is not beyond 12 weeks, and after a three-day cooling off period has elapsed, will be allowed to terminate her pregnancy with no justification.

The second provision will mean when there is a risk to the life, or of serious harm to the health, of a pregnant woman she will be able to access abortion services up to the point of viability. A pregnant person’s mental health will be considered as a risk to life or health. Two doctors will need to approve the termination. The point of viability is when a foetus can survive outside of the womb. It is often agreed that viability starts from 24 weeks though with increases in medical technology and a significant pro-life lobby the number of weeks may be debated in parliament before the new law is approved.

Beyond 24 weeks of gestation, medical termination of pregnancy services will be available when there is an immediate risk to the life of the pregnant person of such a magnitude that to induce an early delivery to save the unborn’s life would not be medically viable. There is no gestational limit for this provision in the draft legislation.

The last provision is reserved for when a foetus has a life-limiting or fatal foetal condition. The condition must be so grave as to make survival to term, or life shortly after birth, unlikely. There is no mentioned gestational limit in the draft legislation here.

The provisions above reflect issues that have gone to both domestic as well as international courts and committees in recent decades where Irish women have tried to have their right to abortion recognised, or where the state has acted to protect foetal life. The provisions are also representative of the recommendations made by a parliamentary committee established to advise the government on the form of the referendum.

The new law, however, is likely to no longer force 3,500 women per year from travelling to Britain for abortion services every year and thousands more from ordering abortion pills online and being too afraid to be honest with doctors if they need to seek medical intervention. The new law will also now enable medical practitioners to practice free from the threat of criminal action against them, though the right to refuse to perform abortions on the grounds of conscientious objection will likely remain.

Varadkar has promised new legislation will come into force later this year. Whilst the referendum has been won, pro-choice voices will need to stay strong to ensure the draft legislation does not get diluted and a patient-centric, human-rights based approach to abortion services is maintained. The ‘No’ campaign that had wanted to keep the 8th amendment in force, whilst quick to announce their early defeat, still maintains that abortion’s one and only aim is to end life and such actions are morally indefensible. 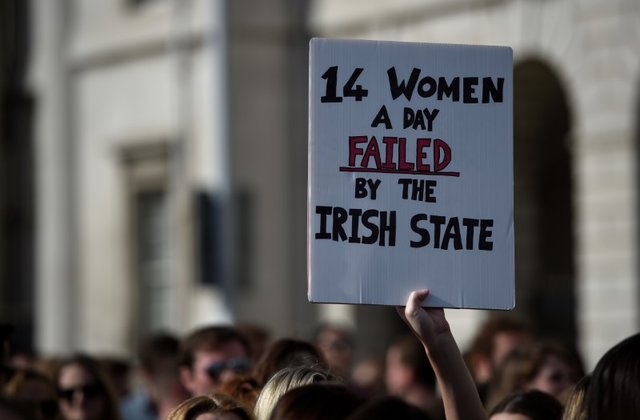 The new law will now enable medical practitioners to practice free from the threat of criminal action against them. Credit: Reuters

Parliamentarians who supported the ‘No’ campaign are unlikely to renounce their deeply held beliefs and may still play an influencing role in the parliamentary process to have the new legislation approved. It is, however, important to note that the campaign to repeal the 8th amendment has tried its hardest, on both sides, to not be about religion but to be about choice for individual women and to grant them the bodily autonomy many see as essential to ensuring their status as equal citizens.

Internationally there are likely to be legal consequences of the referendum result. Campaigners for the ‘Yes’ vote have already expressed their intentions to start campaigning for similar liberalisation of abortion laws in Northern Ireland that has more restrictive laws than the Republic of Ireland or Great Britain. Amnesty International Irelan, and political parties including the Alliance Party and Sinn Fein have already declared their intent to campaign for legal amendments in the North and may use the issue of abortion to secure votes.

The referendum’s result may also play a role in mobilising social movements to campaign for greater liberalisation of abortion law in Poland and Italy where access to abortion is amongst the most conservative in Europe, and may even reach as far as the Philippines, the only country in the world to now have a constitutionally guaranteed equal right to life for pregnant women and their foetus.