In sanitation, and in other development sectors too, women have been embraced as beneficiaries. But we need more women professionals and service providers. And perhaps, celebrating women in invisible places is one way to do this. 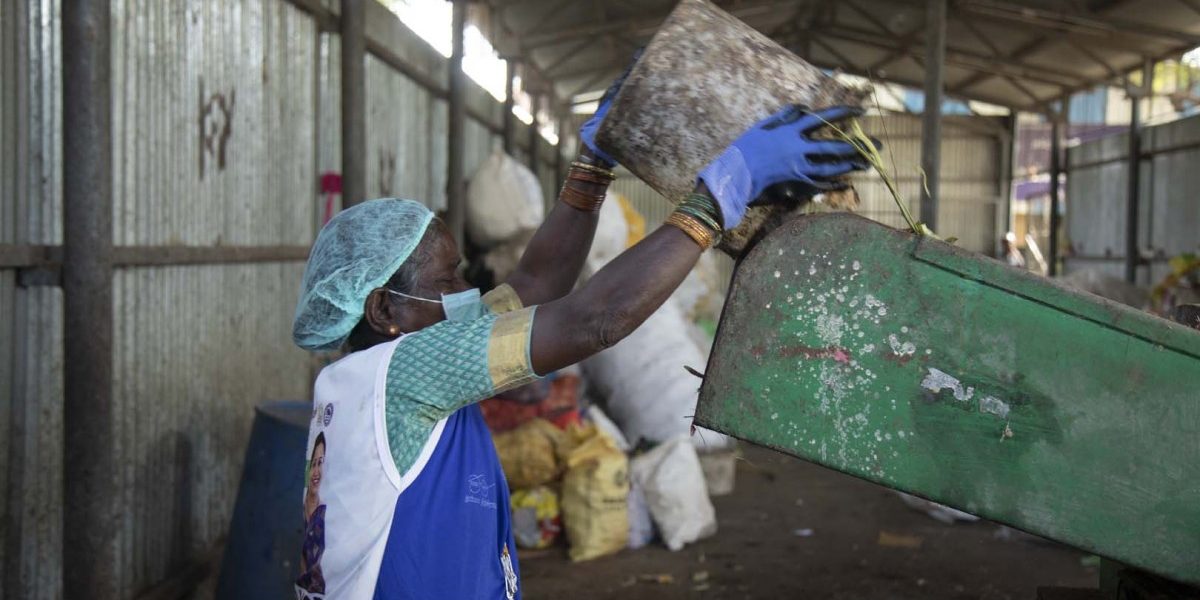 As I write this, I am painfully aware that more than half the country is younger than I am, and hence may not have seen Sholay. Those of us who have seen it have our favourite scenes – Amitabh-Dharmendra in a scooter with a side wagon, Amjad Khan as Gabbar, and his ‘kitne aadmi the’ line or… well the list goes on. Mine was Hema Malini as Basanthi, a tangewalli or horse cart driver, bursting upon the scene in her colourful, jazzy clothes, making the horse, the cart, Dharmendra and whoever crossed her path do whatever she wanted them to. I did not know the words gender or feminism then. While I know these now, and the complicated, veering-towards-problematic portrayal of women in that film, there was something oddly liberating for a young girl to see a woman own a role that was generally assigned to men. It was inspiring. Full stop.

As a woman professional in the development sector, you see the prevalent gender inequality; you see that women before had it more difficult, but that it is no guarantee that the women after will have it any easier. There is a growing despondence, but then there are these ‘Basanthi’ moments – seeing a woman claiming a role as her own – that keep you going, and stay in the fight. I had one such moment a few weeks ago in a place one might least expect. No, not in the glamorous, air-conditioned offices of any corporate or political party but in a somewhat smelly decanting station in Trichy.

A decanting station is where faecal sludge (human waste from septic tanks and pits) is disposed, and it is one of the critical, often invisible infrastructure to ensure safe sanitation. In addition, a complex set of actors and institutions – also invisible – are essential to ensure that human waste is safely collected, conveyed and treated in our cities. We realise the presence of these actors only in their absence – when the drain stinks, toilets backflow or the pipe bursts. The de-sludging operators that come to empty our tanks, and convey them to safe places, are one such set of actors, who are invisible to society at large. They are also mostly male. But then, occasionally, one comes across someone like Selvi – owning two trucks and employing two drivers in a world where similar enterprises are limited to one truck with the owner doubling up as a driver too. On that sunny February afternoon in Trichy, Selvi stood among several men and spoke her mind – not as a woman professional, but simply as a professional. Small victory maybe, but it was a victory. So why are such moments few and far between?

Sanitation programmes: Women as beneficiaries, participants, but as professionals…?

The idea of including women in sanitation programmes, rural or urban, is an old one. But what this often has meant over decades of practice is that women are treated only as beneficiaries .While that has led to significant outcomes, this lens of viewing women solely as beneficiaries is limiting both for gender and sanitation. Sanitation (like other urban systems) is first a service, and only then infrastructure. In recent times, there has been a recognition that sanitation is not only about toilets, but is a chain (toilets connected to tanks/ pipes, these connected to treatment plants etc.). While this is an improvement, it still misses the complexity of stakeholders involved across public, private, non-profits and communities, including masons, de-sludging operators, households, and  treatments plant operators to name just a few – and the lack of women professionals across this chessboard.

Let us start with masons. There are more male masons than female. They are usually paid more, and often have access to more skilling and training opportunities. While data about sanitation workers is sparse, emerging data indicates that the more informal the work, the more women are employed, and the more well-paying the job, the more men there are. As an example, toilet cleaners who are often poorly paid daily-wage workers, are predominantly women. In the relatively formalised world of waste treatment plants, most positions from plant workers to engineers are occupied by men. This skew extends to government officers in engineering, health and administrative cadres responsible for sanitation, where the number of women officers, particularly in leadership positions, are starkly fewer. (I have to apologise the less-than-specific, vague or missing numbers for the preceding paragraph, but this is illustrative of another problem – we simply do not have the data.)

Beyond fostering gender diversity as a matter of right, adding women to the workforce has a direct impact on service provision. A World Bank report that studied water and sanitation utilities across the globe, found that since women are key clients for the sector, a more gender-diverse workforce could help service providers better respond to concerns of female customers. So why are they missing, not just in sanitation but across multiple sectors? Many reasons, from the lack of skilling opportunities to social norms, from cultural barriers to enter STEM to discriminatory recruitment. In sanitation for instance, women who are trained as masons are not able to translate this into meaningful opportunities, because of social norms. They can also be further stereotyped in particular positions like social development/ gender specialist as opposed to engineers.

And what about the ones that are there?

Women in sanitation who persist, do so against great odds. Apart from the wider issues of unequal pay, sexual harassment, work-life balance, and social norms, some issues specifically related to sanitation, include tools and equipment ergonomically unsuited for women, treatment plants and other work sites located in remote, sometime unsafe locations, social stigma for sanitation work, and a perception of women unsuited for ‘technical work’. Ironically, they also suffer from a lack of sanitation facilities, including menstrual health management. There are also instances where women self-help groups have been side-lined once a venture turns profitable e.g. maintenance of community toilets or solid waste management centres.

In the worst case, they simply quit the sector, or the workforce altogether when any of the above reasons become too much to bear. Glass ceilings, often invisible, exist and are sometimes painfully visible in dark stained-glass colours.

Not a long road ahead, but a hilly terrain

Gender and sanitation means going beyond the instrumental objectives of meeting programme objectives, and beyond the inclusion of women as beneficiaries. It could mean many things, but for sure it means enabling women professionals – across the chain, and at all levels.

In the formal sector, a career cycle approach needs to be followed from attracting women in STEM, setting up recruitments processes that are fair, and reaching out  intentionally to women through planned retention programmes which address issues of work life balance, safe working environments, and advancement opportunities through training, and mentorship. We also need to encourage women and SHG-led enterprises by providing better access to credit, linking them to relevant institutions, and perhaps increasing transparency around bidding and tendering processes for various sanitation enterprises. Social recognition and building role models could also help. Gender sensitisation programmes, in addition to mandatory anti-sexual harassment training, will help fight some of cultural discrimination.

While sanitation is not different from other sectors, there is one point which is somewhat unique to it – the burden of caste it carries. Until Swachh Bharat came along, it was almost invisible. Therefore, it presents the opportunity to shine a light onto the underbelly of our cities, but to also celebrate stories like Selvi’s. Yes, there is a danger in celebrating individual stories, lest we forget the structural problems and the need for collective struggle. But, perhaps, sanitation needs these celebrations; we all need them.

Also read: Many Frontline Workers Have Been Left to Fend for Themselves in the Pandemic

I am convinced that the world of sanitation would look different, and as a result so would our cities, if more women joined the ranks. But gender equality is a worthy goal in itself. Perhaps it is not important to squabble over which reason is important, but really sound the clarion call on this matter. This is not only an urban sanitation story and the fight is not a new one. But the long wait should not weigh us down, difficult though that it may be. So, on this Women’s Day, let us choose to challenge the notion that reduces women to beneficiaries, mourn the missing professionals, but also celebrate the existing women professionals.

Kavita Wankhade works on sanitation and other urban issues. She is part of the Practice team at the Indian Institute for Human Settlements.

With inputs from Gayathri Sarangan and Abhilaasha N., and editorial support from Rekha Raghunathan. Thanks to Ranjani Krishnamurthy and Bimla Chandrasekaran for being our teachers in this space.