Indonesia is among the 10 countries in the world with the highest number of child brides. 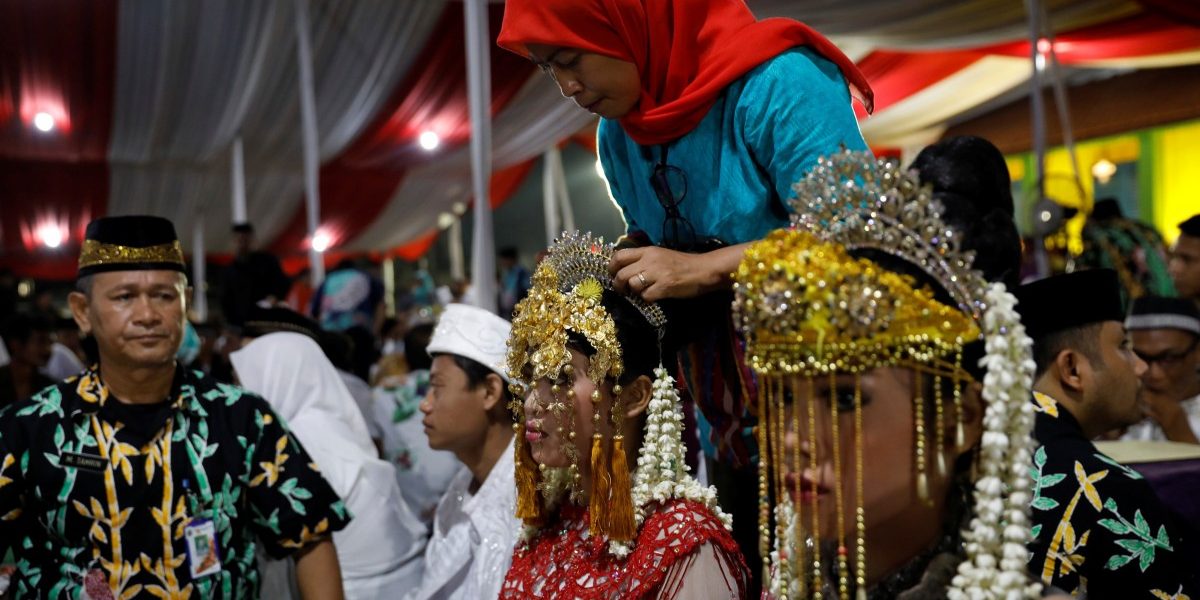 A bride has her headdress adjusted while taking part in a mass wedding organised by the city government as part of New Year's Eve celebrations in Jakarta, Indonesia, December 31, 2017. Photo: Reuters/Darren Whiteside/Files

Jakarta: Indonesia‘s parliament has revised the country’s marriage law to lift the minimum age at which women can marry by three years to 19, a move welcomed by campaigners as a step towards curbing child marriage in the world’s biggest Muslim majority-country.

All factions in parliament agreed with the revision at a plenary session on Monday, according to a statement on its website.

Indonesia is among the 10 countries in the world with the highest number of child brides, according to campaign group Girls Not Brides. One in four girls in Indonesia is married before they turn 18, according to a 2016 report by Indonesia‘s Statistics Agency and the United Nations children’s fund UNICEF.

“The society still encourages girls to get married in their teenage years, otherwise they will be considered spinsters,” said Masruchah of the National Commission on Violence Against Women.

Masruchah, who uses one name, said the commission would have preferred 21 as the minimum age for marriage for men and women, when both are considered mature in terms of reproduction and economic stability.

Indonesia previously allowed girls of 16 to get married or younger – with no minimum age – if their parents requested it.

Indonesia‘s Constitutional Court ruled in December that it was discriminatory to have a lower marriage age for women than for men, who could legally marry at 19. Child marriage in Indonesia has been blamed for causing maternal and infant deaths, as well as encouraging child labour, Women’s Empowerment and Child Protection Minister Yohana Yembise said in a statement.

“Finally, after 45 years (of the existing marriage law). This is a present for Indonesian children,” she said.