An Independence Day of, by and for Women

Humanity’s shrink into the domestic space for five months now, should make us all think of liberation of and for women. 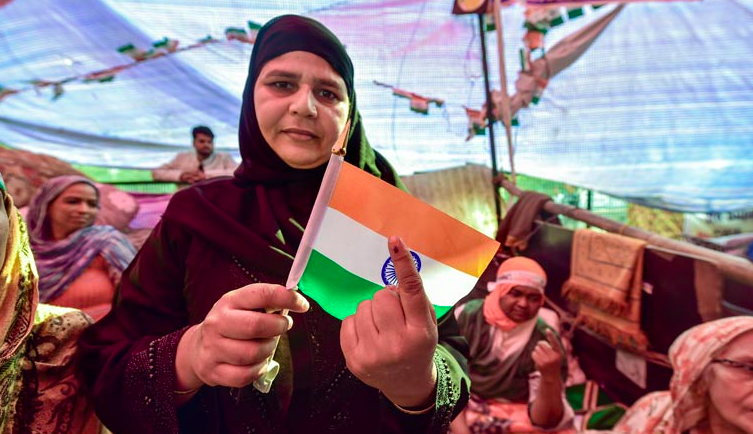 A protester, holding a tricolour, shows her ink-marked finger after casting vote for the Delhi Assembly elections, at the site of their agitation against the Citizenship Act, in Shaheen Bagh | PTI

The 74th Independence Day of India, to me, has to be one of women, by women and for women.

If freedom is some sort of equipping, we have new reasons to think of female ways: when the human species was under lockdown due to COVID-19, the most imaginative and effective leaders were, famously, women. The male philosophy of development and expansion are displaced by women’s spatially constricted ownership, care and detailing, and the logic of running a home.

If freedom is a question of spaces, humanity’s shrink into the domestic space for five months now, should make us all think of liberation of and for women, urgently extending our sense of freedom into an everyday, micro level.

In the specific Indian context, a movement for the foundations of India was the last public event we admiringly witnessed, before the coronavirus suspended us from public action: the women of Shaheen Bagh and scores of other spaces and the young women of colleges and universities came together for an egalitarian and inclusive dream. They not only reached after a glorious moment in the tradition of social change but also altered our very engagement with freedom.

I think this moment was in the making for a long while and a lot have gone into it already. But since I can’t make a narrative in history, I will try to do that in autobiography. I write this because this could be the story of many people. 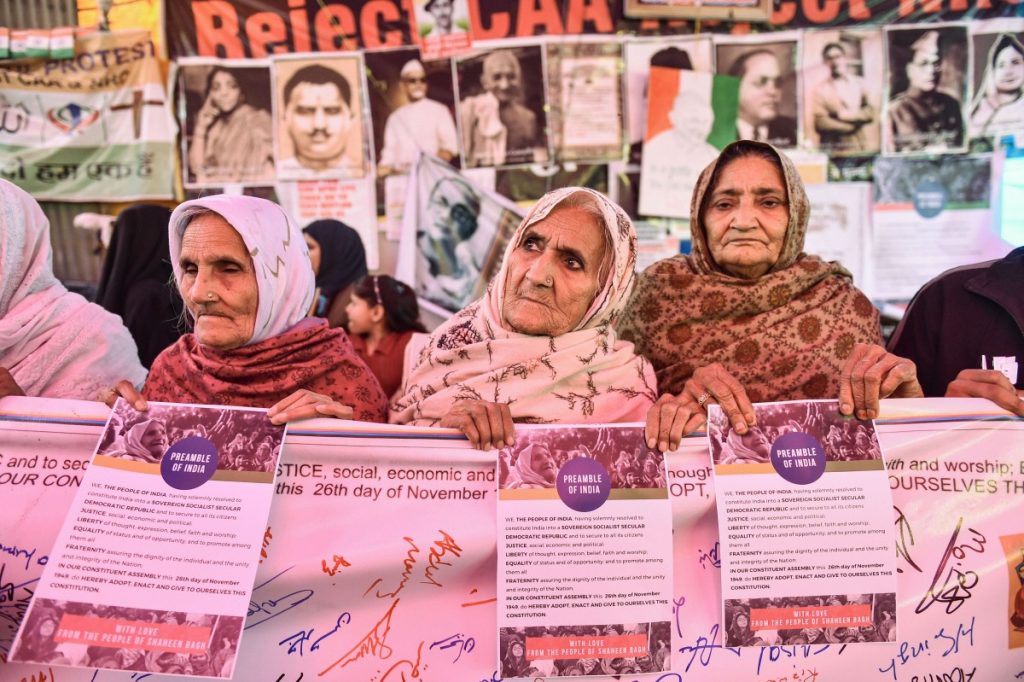 Three women and their struggles are at the centre of my idea of making hope possible, finding a way and negotiating the surroundings.

Born into the childhood bounties of an aristocratic family, my maternal grandmother Beebi found herself in financial misery by the time she was in her thirties due to the mismanagement of enormous wealth. With eight children, decimated resources in a fighting joint family and a way of life that was rich and demanding, she only had her hard work and sense of responsibility. Her children had to be fed and they had to be educated. Her stories tell me freedom is making hope possible.

My maternal aunt V. P. Aysha was another figure: semi literate, widowed at 33 with three young girls (none of whom were earning members) and cheated out of all of her husband’s property by his family, she moved out of her native city, and set up her life in an alien city by renting out portions of her house and organising mechanisms of women’s microfinance.

She was used to the elaborate ways of cooking in her family tradition, and enjoyed cooking and feeding all of us, the children of her nephews and nieces. Her only ingredient was her ability to work, stretching herself beyond imagination to become everyone’s nurturer. Freedom was finding a way ahead, doing whatever it took.

My mother Kadeeja negotiated the changing circumstances and made sure she reached a point where she could create a whole condition to live in: born in a city, she got married and came to a village which had a very different set of values and givens, she was the first woman from her entire family to get a central government job 45 years ago in 1975. She had a full-time job and three of us children to bring up. She spoke a dialect of Malayalam that was not of any region. She prepared food that could not be called of a particular style and she did things that were not done things, while worrying about the health and wellbeing of people around, especially old people, young children and of the environment. Quite an idiolect, she taught me freedom was an everyday negotiation. 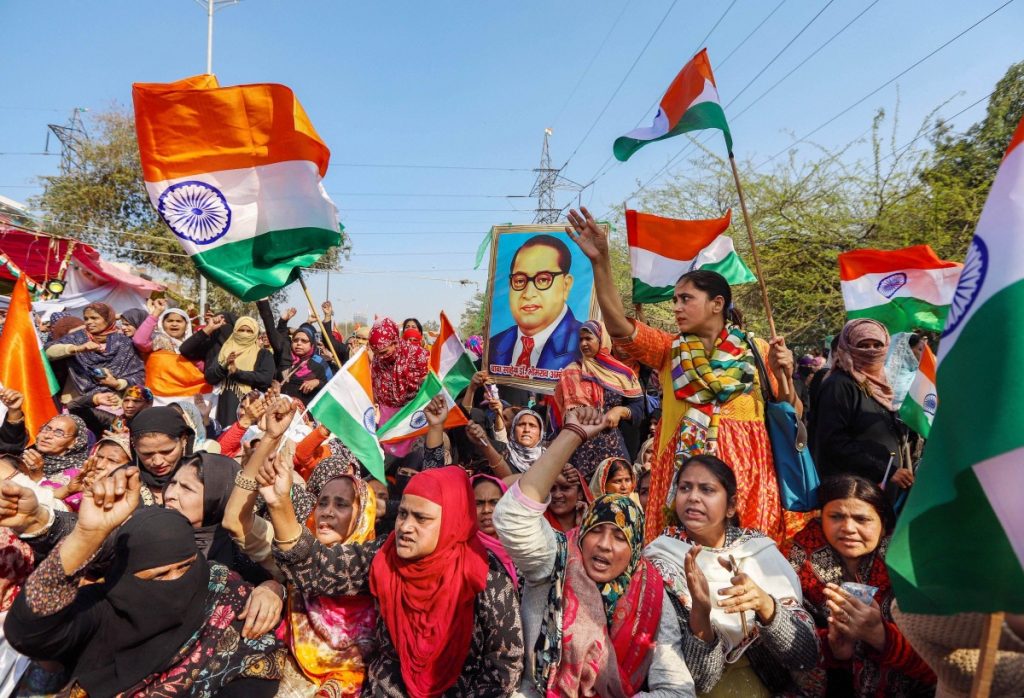 There were others from our childhood. Kadeeja (whom we called chachi), a Dalit Muslim woman who used to stay with us as a domestic help when we were young, went off to Qatar all alone to build a house for her destitute children after her husband left her. Kanchana (Kanchanedathi, the heroine of a sensational love story in Malayalam cinema now) ran a centre, with training facilities and a library (my first experience of a public library) as a space for women to come and work together.

The paradigm shift in perspective is again thanks to women. Professor Alladi Uma’s course on Indian Writing in the University of Hyderabad liberated many an India exhausted in the symbols of the country, in caste, gender, class and language terms. The senior feminists and their standing up to the power in solidarity with the haunted Dalit unions of the university constituted a foundational lesson in social action. Freedom was about being sensitive to different voices and of building solidarity.

After joining as a faculty member in Delhi, I have observed how new women’s collectives were forming over the years: initially against discriminatory hostel timings in the form of a house arrest and then with ‘Pinjra Tod’, it grew slowly in the hands of a few tireless, committed female students. Even outside campuses, women were the first to identify and oppose streaks of majoritarianism, as they acutely knew the slavery it would eventually mean to all.

Women exhibited non-violence and made men drop their very frame a lot of times in the past too. Amitav Ghosh wrote of women in a peace procession stepping up to form a circle around men during the 1984 Sikh genocide. In the so-called hinterlands, women have been nurturing ethical and caring political cultures against displacement and plundering of environmental resources for decades. The likes of Medha Patkar had a new kind of impact with a generation of feminists inspired by these movements. Freedom had to be nurtured and performed in fearlessness.

The iconicity of Shaheen Bagh was that all these aspects of freedom went into its making.

The labour, the care, the ethical urge and the creative energy of a humiliated and exploited bunch blossomed into a marvellous, inspiring model of fighting for the idea of India: we saw a resurfacing of flags, constitution and founding principles on the one hand with women proclaiming the constitutional nationalism of India on the one side and religious, symbolist nationalism of the male majoritariaism on the other: a movement based not on the memories of predecessors but one oriented towards the future.

The subaltern women in Muslim galis, cosmopolitan academicians from across religious and social groups and students from across the country came together to refill our age old icons with a new inclusive and egalitarian social content, both exposing our hollowness and solving it. We got the trailer of an India to be.

A riot might have made majoritarian, hypermasculine men come back rule to the scene again, and coronavirus might have temporarily displaced the women from those protest sites, but they have changed our idea of independence and India for good. There is no going back on it.

The 74th Independence Day of India has to be one of women, by women and for women.