In Tollywood, the Bottom of the Pyramid Is Leading the #MeToo Movement

Female character artists and junior artists have raised disturbing questions about the exploitative culture and politics of the Telugu film industry. Just a few weeks ago, if someone would have said that sexual harassment and exploitation in the Telugu film industry (TFI) would become a matter of huge public debate – that too owing to an actor disrobing herself in public – no one would have believed it. But this is precisely what happened.

On April 6, at 10:30 am, Sri Reddy walked to the Telugu Film Chamber of Commerce, stripped and sat cross-legged in full public glare to protest against alleged sexual harassment in Tollywood – before the police whisked her away for creating public nuisance.

Her protest gained traction and public support after the Movie Artists Association (MAA) imposed a ban on her – which was later lifted after the National Human Rights Commission took suo motu cognisance of her allegations of sexual exploitation – and warned all its 900 members against working with Reddy in future. 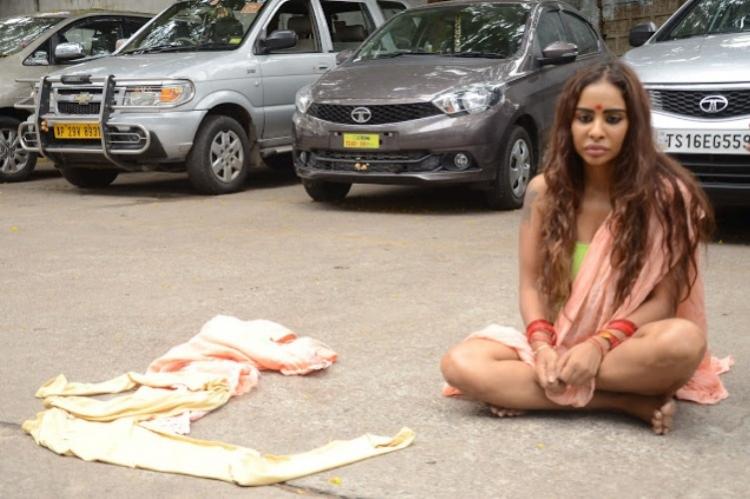 But what turned it into one of the most debated issues is the support from the invisible sector of the film industry – the female character artists and junior artists. They have raised disturbing questions about the exploitative culture and politics of the film industry.

Sexual harassment and exploitation – decorously called ‘casting couch’– are an open secret, but the TFI has refused to acknowledge this, let alone address it. TFI’s corporate structure of production is largely under the control of a few families. Most male actors hail from the families that own these production houses, but women are discouraged. Fan clubs zealously guard male actors’ reputation. All male actors are from Telugu states and most female ones are not. Like other industries, unquestioned loyalties, unequal pay structures, sexual privilege, rampant discretion and lack of transparency prevail.

Female actors who offer even mild criticism of the deeply sexist attitudes and practices in the TFI are usually discredited. In recent times, Ileana and Radhika Apte were described in the local press as those “biting the hand that fed them”. Taapsee Pannu had to apologise with folded hands and teary eyes. Madhavi Latha and Gayatri Gupta lost opportunities.

For a month before her protest, Reddy too spoke of lack of opportunities for Telugu actresses in the film industry, the conditions of ‘quid pro quo’, the culture of (sexual) ‘commitment’ that was demanded from aspiring actresses and her difficulties in getting a membership in the MAA. It was said that she was indulging in blackmail and that her stripping was a cheap tactic to gain publicity. This campaign would probably have worked, and the issue died, if MAA did not impose a ‘ban’ on her.

Acting like a khap panchayat and sounding like a feudal lord, MAA accused her of being immodest, of defiling its premises, banned its members from working with her and haughtily declared that it will not yield to such ‘blackmail’.

MAA’s high-handed response provoked strong reactions from two unforeseen quarters. One, the Telugu public flooded the various online platforms with tweets and messages, including poetry in her support. Two, the real insurrection came in the form of support from the character artists and junior artists, starting with Apoorva, an established character artist.

Within a week, this insurrection sparked off a huge public discussion about the sexual exploitation in the Telugu film industry – probably the first time in the history of Indian film industry. Support by women’s groups and some Telugu news channels also proved crucial in turning Reddy’s desperate and isolated protest into a media event, one that could no longer be ignored.

The junior and character artists began to own up Reddy as symbolising their struggle for survival and dignity. At great risk to their livelihoods, these women not only called upon women’s groups to support them but also went ahead to speak about the sexual and economic exploitation that they have suffered. They have been laying out their lives in the open, inviting viewers to stand in their place and see the industry from their perspective.

In a round table meeting convened by women’s groups on April 15, cis-women and transgender women artists cried and broke down, speaking about how they had to continuously service the sexual greed of directors, and producers in the TFI. They also described in detail the economic exploitation that they were subjected to. The pervasive system of brokers/managers/coordinators not only insists on sexual favours but also take a major cut in their earnings.

A “commitment contract” seems to be the most common contract in the TFI which fixes wages, days of work and sexual favours. In recent years, in spite of committing to sexual favours, the junior artists stopped getting adequate work as the brokers insisted on light skinned and thin women for every role, including mother and aunt’s roles. Even as they compromised their dignity, many do not seem to get a chance to be an artist.

In response to women’s complaints of sexual harassment, some of the industry elders suggested that women shouldn’t vent their rage on TV shows but should register police complaints. But these statements raised a fresh furore among the protesting artists. The artists argued that long-term measures are needed to address their issues, rather than criminal complaints. What they have demanded are a minimum of ten days of work in a month, toilets and changing rooms in shooting locations, regulation of brokers/contractors and an end to sexual exploitation.

On April 12, the NHRC, surprisingly, took suo moto notice of the agitation. The NHRC directives and the high voltage TV shows of naming and shaming, pushed the Telugu Film Chamber of Commerce to announce the formation of a CASH Committee. On the same day, MAA also meekly withdrew the ban on Reddy.

Last year, Hollywood was shaken by charges against Harvey Weinstein, one of its biggest producers. Closer home, in the Malayalam film industry, women artists formed a collective, demanding protection and better rules and regulations for the film industry. But what marks the ongoing debate in the TFI is that it is being spearheaded by the character and junior artists from the bottom of the pyramid, not the top-ranking women in the industry. It is the working-class artists who want to be recognised, want to unionise themselves and thereby reduce both economic and sexual exploitation.

In the context of this momentous change, the TFI’s announcement of an Internal Complaints Committee seems woefully inadequate. Believing that the issues raised by these women artists cannot be addressed through such simple institutional measures, women’s groups have demanded that a high-level committee be constituted by the Telangana government to look into the condition of women in the TFI.

The endemic sexual exploitation of women arises from many conditions in the film industry: the wage and prestige gap between the female and male stars; the gap between top stars and the junior artists; the system of brokers and suppliers; the competition between Telugu artists and artists of other states and finally the stranglehold of a few major production houses from which most of the films are launched.

It would take a long time before women artists can gain recognition and their demands get accepted. But today, Reddy, Apoorva, Madhavi Latha, Pavitra, Shruti, Hema and other women artists have made a stupendous beginning by questioning the entrenched hierarchies and sexual privileges of the TFI.

A.Suneetha works at Anveshi RCWS, Hyderabad. Vasudha Nagaraj is a lawyer based in Hyderabad. K. Sajaya works with farmer suicide families in Telangana. Tejaswini Madabhushi is a founding member of Hyderabad for Feminism.